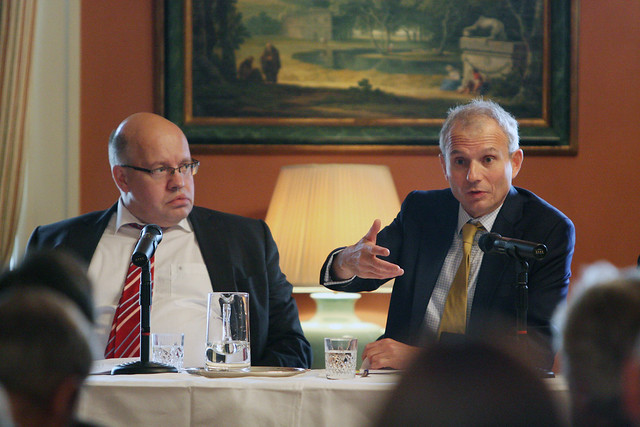 ON WEDNESDAY morning, Cabinet Secretary David Lidington gave a presentation to a full meeting of the Cabinet which historians may pour over in years to come as the first evidence of the British establishment realising that the game is up.

Lidington gave an analysis of the future of the UK state which was bleak, to say the least.

In Northern Ireland, support for a border poll was reaching elements of society previously uninterested in the prospect. “There is a real and genuine conversation going on, on the island of Ireland about a future border poll,” he said.

In Wales, Plaid Cymru was winning support. “We cannot be complacent about Wales’s attitude to the Union and independence,” he remarked.

And in Scotland, the Cabinet Secretary said the threat of independence was a “significant and urgent political challenge”. Cabinet sources told the Herald that there was consensus at the meeting about a permanent “campaign mode” being required to tackle the problem, including a multi-million pound propaganda campaign to promote the benefits of the union. There were warnings that the risk of Scottish independence would heighten if the SNP were to secure a pro-independence majority in 2021, a Scottish Parliamentary election which he said would be a “referendum on a referendum”.

Even in England, Lidington highlighted survey evidence showing concern about keeping the union was in decline.

The UK was at “real risk” of breaking up, he concluded.

What to make of what has been dubbed the “Union Cabinet’? Of course, it wasn’t the first (and won’t be the last) time that the Cabinet has fretted about the union. Who can forget the desperate days of early September 2014, when the Cabinet went into a full-on panic as polls showed the result of the Scottish independence referendum was suddenly in doubt?

But what’s different about this is its all encompassing concern – not with one corner of the union, but with every one of the nations. Never before, at least in recent times, has the Cabinet heard such a dour analysis about the lack of solidity of the UK state as a whole. Lidington was not warning about a break from Britain, but about total fragmentation along national lines.

Clearly, the audience the Cabinet Secretary was most concerned with was the incoming Prime Minister, and his team. Boris Johnson is seen as a liability for the union because polling suggests he doesn’t play well in Scotland, he has shown little concern about it in the past (as Mayor of London he sought explicitly to put its interests ahead of Scotland’s) and – most importantly – because of the heightened prospect of a No Deal Brexit under his watch. Lidington wants Johnson’s eye on the unionist ball when he surely takes the reins on 23 July.

Perhaps as importantly, the Cabinet Secretary is seeking to gear the UK Civil Service into a union-focused modus operandi. Theresa May’s new review of UK Government department’s relationship with devolved government is really all about that – ensuring that the institutions of the British state are operating in a way that is aimed at preserving the unity of the institution itself. Foreign Secretary Jeremy Hunt’s decision to stop providing support for Nicola Sturgeon’s international trips was partly about his own ambitions, but expect to see more bureaucratic attempts to restrain Scottish democracy.

It was notable that in the Financial Times’ report on Lidington’s speech, there was no talk of the need for policy shift on devolved powers or increased financial support to the devolved parliaments. No plan to tackle the under-lying social and economic drivers of independence was mooted. No economic development strategies, no review of the impact of Universal Credit.

Instead, more prolific badging of the UK Government stamp on crumbing public services was put forward as part of the answer, as well as throwing more cash at unionist propaganda. Lidington lamented the Scottish Government’s ‘Scotland is Now’ tourist advertising as being subtle independence propaganda which needs to be countered with more red, white and blue. Presumably we can expect more DWP adverts in the Metro telling us all how wonderful Universal Credit is?

It’s a sign of both the cynicism of this government and its total lack of ideas that this is what the defence of the union has come to. There is no grand strategy here, no big thinking about how to restore pride in British identity and the British state. Instead, bureaucratic manouvering and crass propaganda is seen as essential accompaniments to what is the real last line of defence of the Union: shutting down Scotland’s right to self-determination.

Picture by Foreign and CommonWealth Office