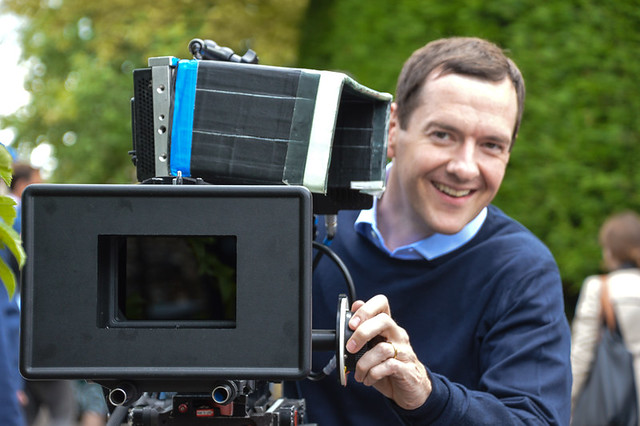 The publication of GERS has been accompanied by the standard deficit fundamentalism about Scotland’s public finances – but is there an alternative approach to fiscal policy?

AS SCOTLAND’S political geeks scrap it out over the GERS report, another finding on the UK’s public finances flew under the radar.

Bloomberg reported today [21 August] that the UK’s budget deficit between April to July was £16 billion, 60 per cent more than same period last year.

£60 billion is more than double the annual budget of the Scottish Parliament, but for Johnson that is a price tag worth paying if it can deliver him a Tory General Election victory.

The truth is that the prime minister’s conversion from supporter of George Osborne’s fiscal conservatism to spending splurger is because he understands something that the Left appear unable to grasp: governments’ have huge flexibility in how they exercise fiscal powers. Hard and fast fiscal rules are for the fanatics and the foolish.

Take the Eurozone’s 3 per cent of GDP fiscal rule, euphemistically termed the Stability and Growth Pact rule. The SNP’s Growth Commission report bases it’s target deficit figure on this rule. But why 3 per cent? In 2012, Le Parisien spoke to the official in François Mitterand’s French Government, from which the rule originated.

READ MORE: GERS: Gap between Scottish public-sector spending and revenue fell by over £1 billion in 2018/19

“We came up with the 3 per cent figure in less than an hour,” he said. “It was a back of an envelope calculation, without any theoretical reflection. Mitterrand needed an easy rule that he could deploy in his discussions with ministers who kept coming into his office to demand money… We needed something simple. 3 per cent? It was a good number that had stood the test of time, somewhat reminiscent of the Trinity.”

From such utterly political and pragmatic origins emerged a fiscal dogma that lives with us still today. In fact, fiscal rules are now fetishised in a way they never were in the past, on Left and Right. Osborne’s Budget Surplus Law, John McDonnell’s Fiscal Credibility Rule, the Growth Commission’s deficit and debt limits – all different, but with the same dedication to a hard deficit target which has little relation to the wider economy. This is deficit fundamentalism: treatment of the deficit target as primary above other economic concerns, and setting the target figure in isolation from the economy as a whole.

It’s not that the deficit figure doesn’t matter, it does – but effective fiscal policy should be seeking to find the right balance between spending and revenue which is optimal for meeting the government’s economic objectives. That could be a low deficit, it could be a high deficit – it could be no deficit at all. What matters is its impact.

So for instance, if the private sector is saving rather than investing, it will likely be necessary for the government to spend more than it takes in revenue (a deficit) to boost demand and utilise all of the country’s resources, to make up for the shortfall in private sector investment. Or if the country is running a trade deficit (importing more than its exporting), this will generally dampen demand which can be made up for by the government spending more into the economy than it takes out through tax. Generally, governments do run deficits – the UK’s post-war average is around 1.3 per cent per year.

This is a very simplified explanation of what economists call ‘fiscal space’: the room for government to increase spending above revenue before it starts to have negative effects on the wider economy, such as too high inflation or crowding out private investment. Pretty much all economists agree that when a recession occurs public spending needs to increase to make up for the collapse in private sector activity and stimulate the private sector, but some are now making the case, in the context of climate emergency and a decade of economic stagnation since the financial crash, for a more ‘proactive’ approach. Instead of waiting for a recession to hit the spending button, government should use tools to analyse the fiscal space available on a regular basis.

“Development of such tools would allow fiscal policy to operate with at least a similar level of sophistication as present day monetary policy,” Sterling, Powell and Van Lerven write, in a paper for the CommonWealth think-tank on fiscal space. “Just as it is considered equally harmful to overshoot or undershoot the inflation target, so too should it be considered just as irresponsible to underuse fiscal space as it is to overuse it.”

The comparison with the Central Bank’s approach to setting interest rate policy is an apt one. A recent BBC documentary on the Bank of England (you can watch it here) was littered with problems, but it did show the enormous research and analysis that is done before setting the quarterly ‘base rate’. Unlike fiscal policy, the BoE team do not pick out an arbitrary figure for interest rates and make it a dogmatic rule – they go through reams of data on the private sector to try to predict what is likely to happen in the future, and therefore what impact they want the base rate of interest to have to affect that future.

One could well argue that the BoE’s objectives are primarily about protecting Britain’s financial sector rather than UK citizens as a whole, but what can’t be disputed is that the methodology for the base rate is in relation to the economy as a whole, not in isolation and not on an arbitrary basis.

A sophisticated approach to fiscal policy would move beyond arbitrary fiscal rules, shrill fears about public debt and deficit levels, and think about the only question that should matter: what sort of economy do we want, and how do we use government levers to help us get there?

If the debate over the economics of Scottish independence was on those terms, and not the endless circular row we have every year at #GERSmas, we might actually start to get somewhere.