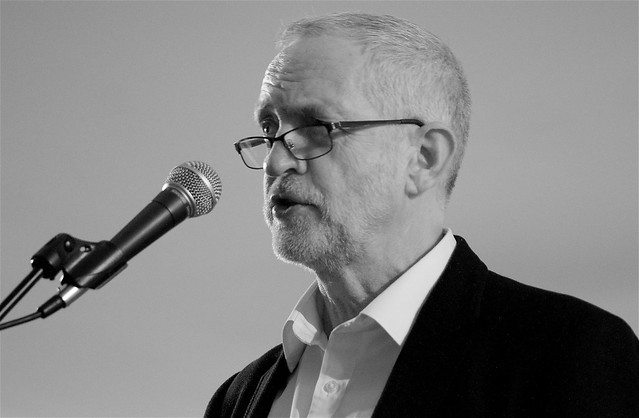 SINCE the result of the 2016 referendum on EU membership was announced, the Labour Party’s Brexit policy, such as it is, has been written like a television show with one eye on being renewed for another season.

Every fresh evolution of its position has come with just enough ambiguity to leave vital questions unanswered, in the hope of leaving those invested in the outcome curious enough to come back for more – a political platform by way of Twin Peaks, and often just as confusing.

Those hoping for an end to such confusion might have experienced a brief pang of hope yesterday, when reports indicated long-standing efforts to pressure UK Labour leader Jeremy Corbyn into adopting an explicitly anti-Brexit stance might finally bear fruit. However, the statement emailed to party members today following a pivotal shadow cabinet meeting suggest that ‘constructive ambiguity’ is habit-forming.

While the statement presents a “settled” policy of backing Remain in any referendum called on a Conservative Brexit, no reference is made to what stance Labour would take should a general election take place in the near future, or whether Labour would go into such an election pledging to go ahead with leaving the European Union.

Nevertheless, the central concession which will dominate debate within Labour and analysis outside of the party is Corbyn’s commitment that Labour will support Remain, if a referendum is called on either a no-deal Brexit, or a Brexit deal negotiated by whichever Tory hopeful replaces Theresa May.

As Corbyn put it: “Whoever becomes the new prime minister should have the confidence to put their deal, or no deal, back to the people in a public vote.

“In those circumstances, I want to make it clear that Labour would campaign for Remain against either no deal or a Tory deal that does not protect the economy and jobs.”

Coupled with the fact that those trade unions which were instrumental in bringing about today’s developments, and which have solidly backed a so-called ‘People’s Vote’, have still allowed for the possibility of a Labour government negotiating its own Brexit deal, and have also refrained from specifying how the party should campaign in this eventuality, more than enough remains unknown for a cliffhanger. What Brexit position will Labour argue for, should a general election be called? Tune in next week – same Bat-time, same Bat-channel!

For the anti-EU Left – much of which has invested a great deal of faith in the notion that Corbyn will deliver a left-wing Brexit, filling in the gaps in Corbyn’s positions with their own wishful suspicions about the Labour leader’s true feelings – this is disastrous. The possibility that not just Labour but Corbyn himself may, under dangerously plausible circumstances, be tied not only to a second referendum with Remain on the ballot, but to actively supporting Remain, not only invalidates their occasionally speculative characterisation of his leadership, but raises very specific fears – fears which found a form this month in the hangdog face of former Greek prime minister Alexis Tsipras.

READ MORE: Beyond the Noise: Scotland, Brexit and the European elections

Were he to be elected as an insurgent left-wing prime minister, only to be beaten down by the same institutional EU might that forced the Syriza leader into humiliating capitulation, it would surely be an ignominious end to both the Corbyn ‘project’ and, in all likelihood, his government.

There will be much talk in the days and weeks to come ascribing Labour’s latest position on Brexit to faction-fighting within the party; to plotters, saboteurs and the nefarious Establishment – and given the array of powerful forces that have been poised against Corbyn since day one of his leadership, there may be some truth in that.

Yet the Lexiteers who will rend their garments at today’s realignment should also acknowledge that they have failed, at every turn, to convince a majority of the Labour membership of their arguments, articulate a clear strategy for a left-wing Brexit, or justify Brexit’s imposition on a Remain-voting Scotland. As noted last year by the Marxist writer Richard Seymour – no one’s idea of a cuddly liberal Remainer – a left-wing Brexit “would require the mobilization of political forces and coalitions that currently don’t exist.”

So, although today’s Brexit realignment will leave the anti-EU Left disappointed and disenfranchised, it does allow for some interesting possibilities, one of which was outlined last week by the Scottish political journalist Jamie Maxwell. Writing in Al Jazeera, Maxwell interrogates the idea of a Labour-SNP coalition, a scenario which Michael Gove recently claimed “would mean Brexit was lost, the future of our Union at risk, and the levers of power handed to a Marxist.”

Maxwell argues that, beyond Tory fearmongering, the parliamentary arithmetic suggested by current polling means that Corbyn would have little choice but to engineer some kind of an arrangement with the SNP. The devil would reside in the details of such a deal – over which the spectre of a second independence referendum would loom so large as to block out the sun – but its likelihood has today become markedly more plausible.

The staunchly pro-Remain SNP, committed to both opposing Brexit and supporting a People’s Vote, would almost certainly refuse any outcome that would see Scotland dragged out of the EU against its wishes. If Labour does not backslide on its qualified support for Remain, or retreat in fantasies that it can somehow negotiate a better deal with the EU (selling them a few bridges into the bargain), then room for negotiation exists.

In order for those negotiations to lead anywhere, however, the question of indyref2 would require an answer that Nicola Sturgeon could sell to the independence movement. The spectacle of an SNP leader sacrificing the possibility of a second referendum in order to prop up a UK Government, no matter how preferable it may be to a Tory regime, would threaten her premiership just as surely as becoming an English Mitterrand would end Corbyn’s. Furthermore, any collaboration between the SNP and Labour would rule out a Corbyn government getting any help from the pro-Remain Liberal Democrats, whose opposition to a second independence referendum is, counter-intuitively, as vociferous as their support for a People’s Vote.

Far from being a “settled” policy, the new Labour Brexit position has not settled anything much, but has opened up some strange new terrain. If exploring it convinces anyone within the upper echelons of Labour and the SNP that a deal between their respective parties is possible, then it would be advisable for them to start discussing it now – not just in the back-rooms where the pertinent details will be hammered out, but in public, and well before any general election, snap or otherwise. As recent history has demonstrated, waking up to a new government that was neither on the ballot paper or mooted as a possibility by those involved until five minutes ago can rub a great many people the wrong way – and understandably so.