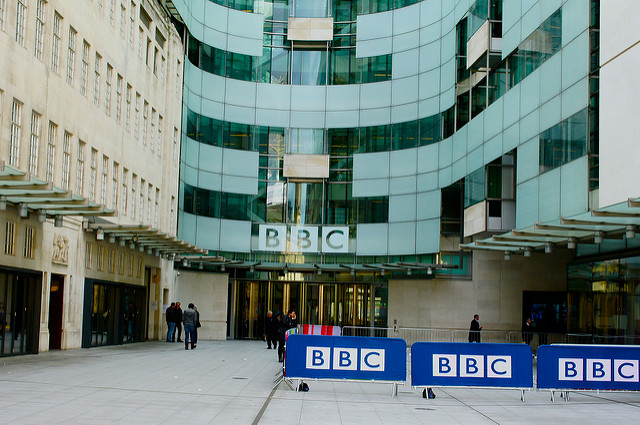 After a report from the BBC itself revealed that political vetting within the corporation went on far longer than previously claimed, how is the UK’s public broadcaster to be judged?

THAT POLITICAL VETTING took place within the BBC was hardly a secret, even prior to a new report from journalist Paul Reynolds last week, which detailed the extent to which potential BBC personnel were judged and often secretly banned based on their supposedly ‘subversive’ affiliations or connections.

However, it has now been revealed that the vetting went on far longer than initially thought, continuing until the 1990s. Secret investigations were made by MI5 into the lives, associations and political sympathies of thousands of BBC employees and applicants in order to establish their links to a blacklist of banned organisations.

As noted by Reynolds – the first journalist to see the BBC’s vetting files – in his 22 April report for BBC News, the Observer newspaper broke the story of the infamous ‘Christmas Tree’ vetting system in 1985. Under the system, those applying to work at the BBC would have a symbol resembling a Christmas tree attached to their personal file in order to indicate that the individual in question was a security case, meaning that MI5 had confidentially recommended that the candidate “not be employed in a post offering direct opportunity to influence broadcast material for a subversive purpose.”

Any current or potential BBC employee could become such a security case based on their association with any of a list of proscribed groups, which later included far right organisations such as the National Front, by generally focusing on left-wing organisations such as the Communist Party of Great Britain, the Socialist Workers Party, the Workers Revolutionary Party and the Militant Tendency.

As Reynolds points out, a “banned applicant did not need to be a member of these organisations – association was enough.”

According to Reynolds, the Observer’s report brought about immediate change within the BBC, but while it was previously assumed by many that the revelations ended systemic vetting within the corporation, it is now known that the system was merely revised, and would continue until 1990, when the Security Service Act ended all BBC vetting except for those who would be involved in wartime broadcasting and those with access to secret government information.

Two years later, following the end of the Cold War, the wartime broadcasting system was stood down, and political vetting was further reduced. The BBC has refused to comment on whether any current staff are subject to vetting.

“I used to be on Question Time, and I used to be on Any Questions on the wireless until my political allegiance became clear.” Comedian and broadcaster Hardeep Singh Kohli

That the details of the BBC’s former vetting system was published by the modern BBC itself could be taken as an indication of how far the broadcaster has come. Nevertheless, the extent of the collaboration between British security services and the BBC, as well as the lengths the corporation went to in order to maintain vetting even after it was partially exposed, have reignited discussion about the BBC’s internal culture and whether political considerations have affected its vaunted integrity.

Criticism of the BBC’s alleged bias has been long-standing within the Scottish independence movement, though opinions vary over whether such criticism applies to individual BBC journalists or to the ethos of the broadcaster itself.

Shortly before the BBC report into the corporation’s history of political vetting, the comedian and broadcaster Hardeep Singh Kohli told a pro-independence event in East Kilbride that a senior figure at Radio Scotland had informed him (in Kohli’s words): “You know your name appears with all the other names of all the people we can’t have on news output at BBC Scotland?”

Kohli speculated that his pro-independence views were what had put him on the alleged blacklist: “I don’t know if you noticed but I used to be on Question Time, and I used to be on Any Questions on the wireless until my political allegiance became clear.

“And it does strike me as quite curious that Unionists can have a marvellous career in broadcasting, because apparently that’s not biased.”

Responding to Kohli’s claims, a BBC spokesperson responded: “BBC Scotland does not have any such list.

“Our news, current affairs and topical programming reflects a broad range of perspectives from across the political spectrum.”

Writing in the Scotsman newspaper, the pro-independence journalist and activist Lesley Riddoch cited her own encounters with political vetting, recalling that a “senior executive” told her, ten years after her experience as a trainee reporter in the BBC Northern Ireland newsroom, that she was not selected for interview due to having “overstepped” by seeking comment from a Sinn Fein councillor.

Riddoch’s anecdote is a reminder that various forms of political censorship have been employed and endorsed by the BBC throughout its recent history, albeit in forms which have been publicly abandoned.

From 1988 to 1994, the voices of any representatives of Sinn Fein, along with a variety of Irish republican and loyalist groups, were banned by government edict from being broadcast on television and radio in the UK. As a result, the words of any member of 11 banned organisations could only be heard on the BBC if they were reproduced by a voice-actor.

Although the BBC generally acquiesced to this, the banning of the 1985 documentary At the Edge of the Union, which featured discussion by Sinn Fein’s Martin McGuinness, led to a one-day strike by members of the National Union of Journalists.

The ban was eventually lifted in 1994, two weeks after the first IRA ceasefire was declared. Reflecting on the ban in 2005, former Sinn Fein director of publicity Danny Morrison told the BBC: “The ban, as far as we were concerned, was a weapon of war used by the [UK] government.”

However, other forms of political censorship endure, again with the tacit involvement and endorsement of the BBC itself, along with other broadcasters and media organisations.

The DSMA-Notice (Defence and Security Media Advisory Notice), more infamously known by their former designation as a ‘D-Notice’ (a term retired in 1993), are a means by which the UK Government can prevent the media from reporting on aspects of a story for national security reasons.

Twice a year, the Defence Advisory Notice System convenes at Whitehall, where the Ministry of Defence meets with senior editors in order to discuss what sensitive information pertaining to military, intelligence and counter-terrorism matters should be restricted from publication or broadcast.

In 2011, Bob Satchwell of the Society of Editors, one of the organisations which sits upon the committee, told the BBC that the system was “entirely voluntary,” saying: “I don’t think it’s self-censorship. It’s self-restraint.”

Such confidential meetings take place beyond public scrutiny, between government representatives and figures from a media industry with a history of political vetting and a notoriously selective pool of employees. In this context, the extent to which ideological homogeneity is maintained and press freedom is restricted – at the BBC or in the UK itself – is difficult, perhaps impossible, to discern.