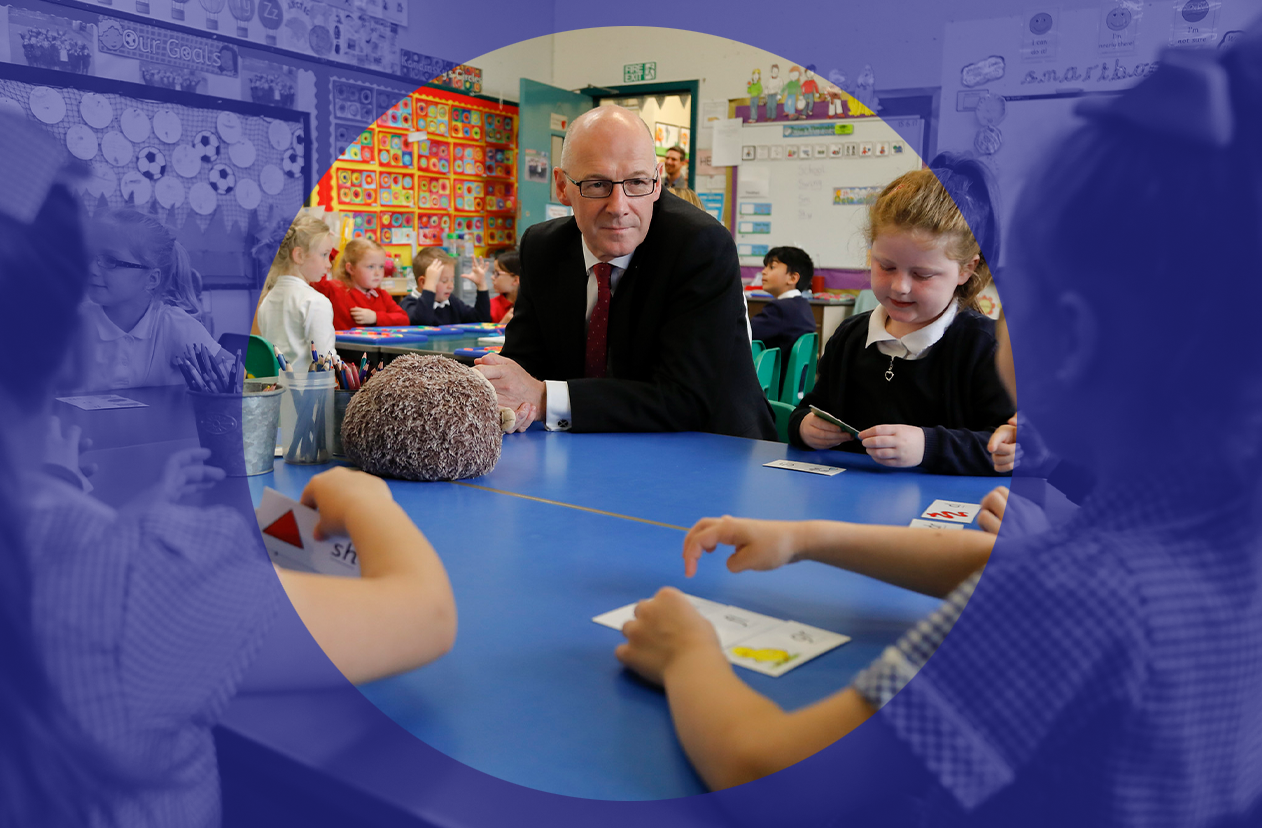 “People will see straight through an expansion of university education with large numbers of working class students frozen out, not by their grades, but now solely by their inability to afford higher education.”

After holding out through a week of anger following the SQA’s mass downgrading of 125,000 pupils’ marks, Education Secretary John Swinney finally issued an apology and a full retreat: the lowering of more than 75,000 grades was overturned, and teacher estimates restored.

The capitulation to pressure from students, teachers and parents was total. We were told just days ago by First Minister Nicola Sturgeon that to allow the teacher estimates to stand would mean results which were “not credible”. But that’s all changed.

Where does this now leave the Scottish education system – whose core system of assessments has been torn up for the class of 2020? Might this signal more fundamental change to the long-criticised Scottish school system, with its significant educational inequalities? And what forces might resist such changes?

It would be difficult to overstate the scale of retreat from Swinney and the Scottish Government, and Swinney himself made clear the reasons for it, commending the “spirited and passionate” students who protested in George Square the previous week (Friday 14 August), as well as those who had deluged him with letters of complaint.

He said: “These are exceptional times, and in exceptional times truly difficult decisions are made. In speaking directly to the young people affected by the downgrading of awards – the seventy-five thousand pupils whose teacher estimates were higher than their final award – I want to say this: I am sorry.

“I have listened and the message is clear. They don’t just want an apology, they want to see this fixed and that is exactly what I will now do. To resolve this issue all downgraded awards will be withdrawn. I am directing the SQA to re-issue those awards based solely on teacher or lecturer judgement.”

There was of course another element applying pressure on Swinney – a forthcoming vote of no confidence tabled by Scottish Labour. The Scottish Greens promised to back the education secretary only on the basis that he meet their demands – which today’s statement did. They subsequently claimed victory for the overturning of the SQA moderation, and presumably this victory will be claimed by many.

This significant humiliation aside, Swinney and the Scottish Government are far from out of the woods. Some of the pressures that this crisis, and the path of resolution taken, will induce down the line made their presence felt in Swinney’s statement to the parliament.

Speaking on one of his reasons for a change of tack, he said: “We now accept that the risk of undermining the value of qualifications is outweighed by a concern that young people, particularly from working class backgrounds, may lose faith in education and form the view that no matter how hard you work, the system is against you.”

Can it really be said that the Scottish educational and examination system has not shed public confidence as a result of the events of the last week? A breach has obviously taken place in the credibility of the whole system, no matter how much Swinney pleaded that 2020 be treated as an exceptional year, divorced from all, past and previous. The teacher marks of 2020, which showed students from the 20 per cent most deprived communities doing 20 per cent better than the 2019 cohorts exam gradings, will now stand as the largest ever experiment in what Scottish education system would be like if the views of teachers were taken seriously. Teachers now wield a powerful weapon in fighting for serious change to a system where the institutions have set the parameters for the teachers, rather than visa-versa.

Another problem that may emerge further down the line is university admissions. The SNP does not want to upset middle class voters, who they have been careful to cultivate, by creating massive competition for university places from working class students.

An unprecedented number of Scottish young people now have the entry requirements. Swinney’s solution, announced in his statement? Expand the number of university placements.

Quick to demonstrate the problems that can be created by raising expectations, Matt Crilly, NUS Scotland president said: “We welcome that the Scottish Government has today committed to funding these additional places.

“We can’t lose sight of the fact that just getting young people in the door is never enough in itself. We must ensure they have the support they need to remain, and succeed, once they get there. We need to see an ongoing commitment from the Scottish Government to providing hardship funding in the short-term, and reform to the cost-of-living support system for students in Scotland.”

So now the Scottish Government has more questions heaped onto its crowded schedule. People will see straight through an expansion of university education with large numbers of working class students frozen out, not by their grades, but now solely by their inability to afford higher education. And where does the money for extra student fees come from? And what about extra university staff, when universities are under unprecedented financial pressure? We do not yet know the budgetary implications of this ad-hoc expansion of university education.

If places are not sufficient to meet the increase in demand, and children from social class layers who traditionally expect entry lose out, a backlash is certain. Conservative strategists will already be planning around this scenario.

The first, an independent review led by Professor Mark Priestley of Stirling University “of the events following the cancellation of the examination diet” to make recommendations for the coming year’s examinations.

The second, an already existing OECD review of Scotland’s controversial Curriculum for Excellence, will now also investigate Scotland’s model for examinations. Many will not see this as an adequate response to the policy failure.

Education journalist James McEnaney told Source: “We are absolutely still likely to go back to normal if, as Swinney wants, the OECD is allowed to lead a review of assessment, certification and examination. That’s such a huge issue that it should be dealt with on its own not rolled up into the broader CfE review. Frankly, if we’re not going to have a serious, national conversation about this we’d be as well not bothering.”

The Scottish Government’s flagship policy of narrowing the ‘attainment gap’ lies in ruins (ironically, by the way in which it has been overachieved, leaving the methodology in flames), and so does the established way of adjudging student performance. A mountain of questions remain in the wake of Swinney’s statement.