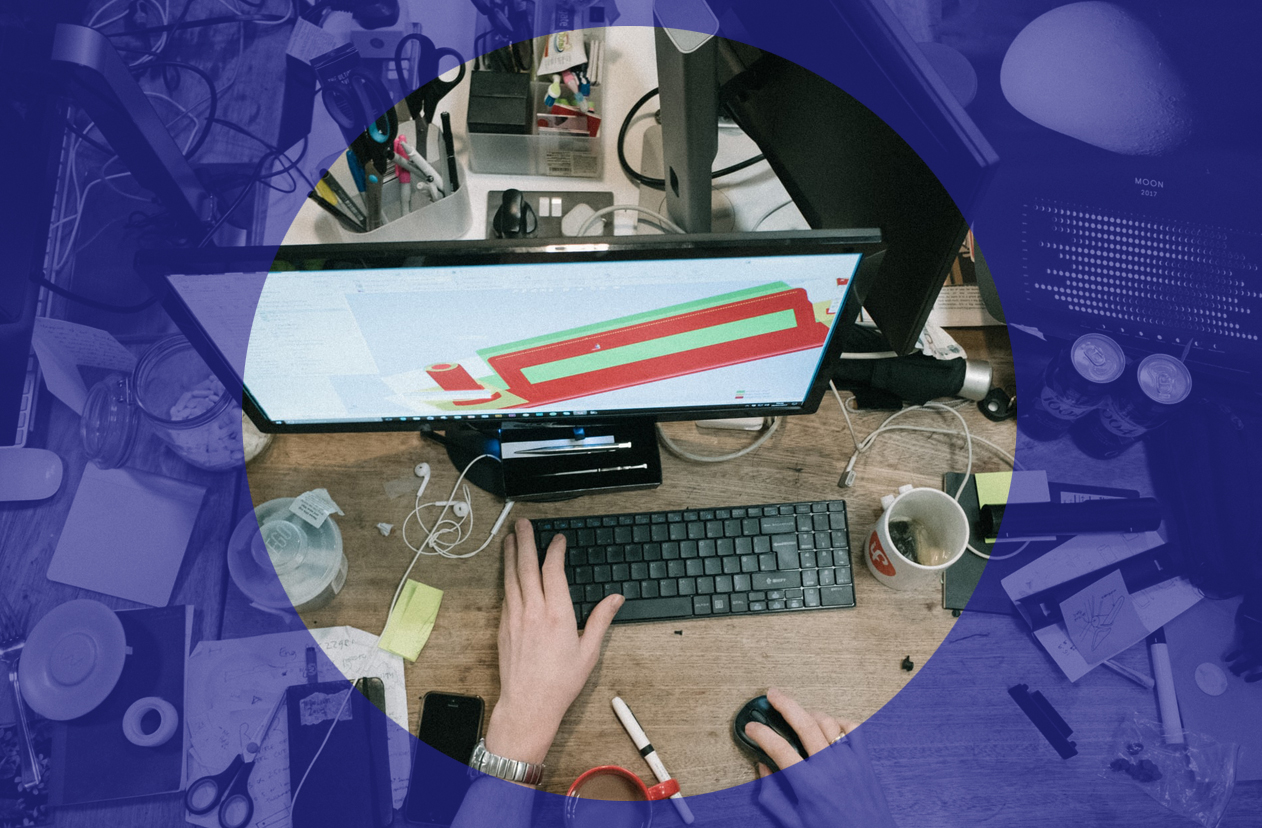 “The achievement of a shorter working week would require the involvement of a strengthened trade union sector, and particularly the expansion of sectoral collective bargaining – a notion which elicits predictable horror from right-wingers with a diehard fetish for ‘labour flexibility’.”

IN RECENT YEARS, the four-day week has been much discussed but forever delayed.

Last week, new research from Survation found that a four-day working week enjoys the support of 63 per cent of people across the UK and 70 per cent in Scotland, prompting fresh calls from the Scottish charity sector for the reform to be considered by Covid-ravaged businesses now considering their future.

These findings follow proposals last month from a cross-party group of MPs – including former shadow chancellor John McDonnell, SNP MP Mhairi Black and Green MP Caroline Lucas – for a government exploration of the idea similar to Scotland’s Futures Commission, which is examining whether a four-day week might generate more jobs as part of the post-pandemic economic recovery.

In a letter to chancellor Rishi Sunak, the MPs wrote: “Work patterns have already been dramatically altered as a result of the pandemic and we believe the time is now right to explore putting a four-day, 30-hour working week (or any equivalent variation) front and centre – including protections for those on low incomes – as the country unites behind building back better out of this crisis.”

The hope that the challenges of the Coronavirus might inspire a dramatic rethink of the norms and culture of work has also propelled the efforts of campaign group 4 Day Week Global, whose CEO Charlotte Lockhart argued in May: “Covid gives us the perfect excuse to really look at what is the future of work. It’s a dreadful thing that we’re going through. But the exciting thing of it is that we can reinvent the workplace.”

Lockhart’s idealism is understandable, even necessary for a campaigner, and while the past few months have seen the concept gain some traction – such as in New Zealand, where Prime Minister Jacinda Arden has backed the four-day week as part of her nation’s overall response to the Coronavirus – the difficulties faced in the past by those seeking to reform the nature of work in our lives and society point towards the obstacles the four-day week may yet face.

Common Weal head of research and policy Dr Craig Dalzell commented: “A four-day week opens up opportunities not just to explore different ways of working but different ways of not working – of actually living our lives rather than working all week and spending our meagre evenings and weekends too tired to do anything else. And for those who really do want to spend that extra time working, perhaps it gives them time to try something new and different.

“The only note of warning that I would sound towards the Scottish Government is that to make it work we need to ensure that people who cut their hours do not necessarily cut their pay – this may require policies to ensure that the “per hour” Minimum Wage is increased but it may also require a different way of measuring the “success” of our economy.

“Right now, we are almost entirely focused on narrow metrics like ’employment’ and ‘unemployment’ which can be used and abused – the rise of the ‘gig economy’ has certainly created jobs but too many are insecure and low paid.”

In addition to these concerns, there is the fact that visions for a significantly reduced working week have faced a number of false dawns: in 1930, the economist John Maynard Keynes predicted that rising living standards and advances in technology would make a 15-hour week possible by the start of the 21st century. In 1954, then-US Vice President Richard Nixon declared that a four-day week was inevitable. As we all know, Keynes got it wrong, while modern American workers need no reminding that progress towards shorter hours and better pay since the 1950s has been glacial at best.

In 2018, 1.4 million in the UK worked seven days a week, while over three million worked more than 45 hours against an overall UK average of 44 – some of the longest working hours in the European Union, behind only Austria and Greece – including £32 billion worth of unpaid overtime. Simultaneously, the increasing automation and technological progress had resulted in what the TUC described as an “always-on culture, where workers are on standby without being paid,” which “cuts into time with family and friends and makes it impossible to plan life outside of work. And it’s being facilitated by new workplace tech that takes away workers’ rights.”

Against this backdrop, the TUC called for a four-day week, achieved through a stronger union presence in workplaces. Commenting at the time, TUC General Secretary Frances O’Grady said: “When the TUC’s first Congress took place 150 years ago, people worked ten hours a day with only Sunday off. But in the last century we won a two-day weekend and limits on long hours. This century, we must raise our sights to reduce working time again.”

Easier said than done. The following year, the think tank Autonomy published ‘The Shorter Working Week: A Radical and Pragmatic Proposal’, which argued that “the time we spend in work is neither natural nor inevitable. Instead, the amount of time we spend in work is a political question.” Enthusiastically backing the report’s conclusions, John McDonnell promised that a Labour government would reduce the average week for full-time workers to 32 hours within a decade with no decrease in pay. However, the results of last year’s General Election once more put the dream back on the shelf to wait for another day.

The example of France may inspire both hope and caution amongst four-day week campaigners: the country’s statutory 35-hour week, introduced in the late 1990s by the freshly elected ‘plural left’ government of Lionel Jospin, elicited a furious response from the French business lobby, who – along with subsequent right-wing administrations – have never abandoned attempts to undo it via piecemeal reform. The limited success they have enjoyed serves as a warning that reforms are not immune from reversal or dilution.

And yet, the fierce protectiveness felt by the majority of French workers to the 35-hour week – regarded by most as what former President Jacques Chirac described as an “acquired social right” – have made even stalwart neoliberals like Nicolas Sarkozy and Emmanuel Macron wary of attacking it directly. Once a working populace has tasted a shorter working week – and once its effect of efficiency and productivity has been demonstrated – their attachment to it may resist political attempts to scrap it, provided they have the means to demonstrate that resistance.

In addition to the work of Autonomy, Labour’s push for a four-day week was based heavily on the recommendations of the economic historian Lord Skidelsky, who correctly noted in a 2019 report that “union activism has given a strong push to historical reductions in hours worked. In the UK of the 1950s and 1960s, trade unions were able to negotiate shorter working hours with higher wages.” Therefore, the achievement of a shorter working week would require the involvement of a strengthened trade union sector, and particularly the expansion of sectoral collective bargaining – a notion which elicits predictable horror from right-wingers with a diehard fetish for ‘labour flexibility’.

This kind of free marketeer perspective will confidently tell you that France’s 35-hour work week has done more harm than good – never mind what the French say – but can never quite explain why the average worker in France – with its supposedly profligate social security system and infamous, quasi-socialistic inefficiency – regularly outproduces their British equivalent, and would continue to do so even if they took every Friday off. The same can be said of Germany, which as of last year outpaced UK productivity by 26.7 per cent despite working fewer hours on average.

Following the release of Autonomy’s report, The New Statesman’s George Eaton wrote: “The history of progress is of once radical ideas – the right to strike, a free universal health service, a minimum wage – becoming orthodox. A four-day week could soon join them.”

What Eaton overlooked was that the orthodoxy – and enforcement – of those ideas are not guaranteed on a global scale, and even when they are instituted, they are almost invariably under threat. As the concerted efforts of French employers have demonstrated, a four-day week would almost certainly face severe opposition from powerful interests. This raises the question inevitably faced whenever policy meet with actual politics: how do we not only make our lives better, but overcome those forces which profit by keeping us miserable?