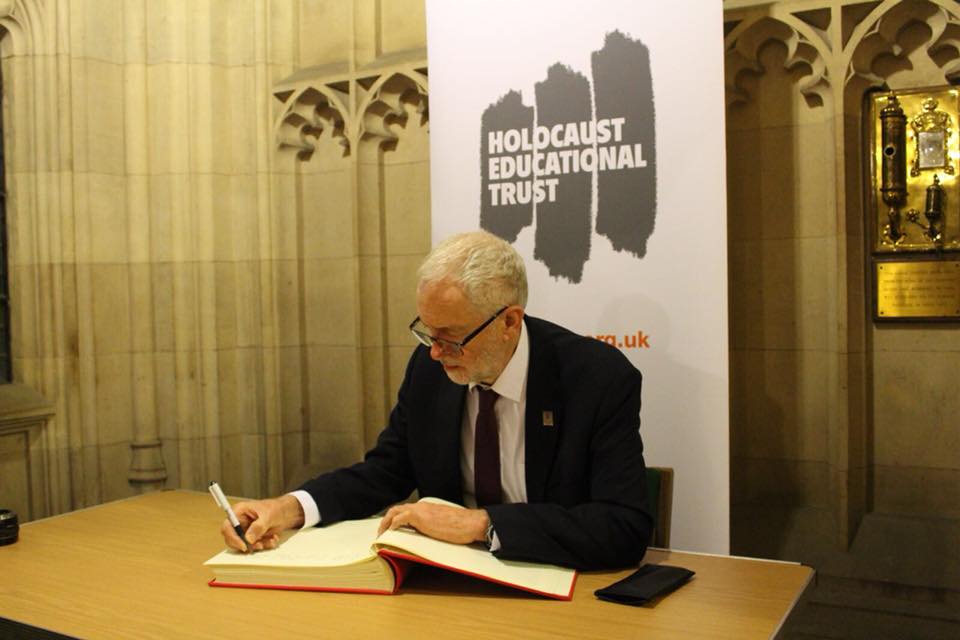 Labour’s ruling executive is expected to adopt the controversial definitions of antisemitism which were previously rejected, but will that calm the party after a summer of chaos?

AFTER a chaotic summer for Jeremy Coryn as he battled some of his own MPs over accusations of antisemitism, the party’s national executive committee is tomorrow expected to adopt the much-debated IHRA code which defines anti-semitism.

The party previously resisted adopting the code in full over fears it limits criticism of Israel, a decision which infuriated Corbyn critics and was part of instigating a summer dominated by intense criticism of the leader on the issue.

Alongside the International Holocaust Remembrance Alliance’s [IHRA] working definition are 11 “contemporary examples” of antisemitism, and it was internal Labour disagreements over the wording of these examples which prompted a backlash which led to one of his own MPs calling Corbyn an antisemite and another saying the party is institutionally racist.

Contrary to media reports and suggestions from some MPs, the party’s national executive committee [NEC] did adopt the IHRA definition as well as an amended version of the contemporary examples.

it is important to note that the definition and examples were written explicitly as guidelines, not as a document that should be used as a basis for deciding on the legality on whether someone has made an anti-Semitic statement or not. Indeed, human rights organisation Liberty, human rights lawyer Hugh Tomlinson QC and Kenneth Stern, who helped draft the original IHRA, have all argued that a legalistic reading of IHRA – the sort that would decide if people could be members of the Labour party or not – could be a threat to civil liberties and freedom of expression.

READ MORE: Analysis: History has humiliated May over ‘terrorist’ Mandela – supporters of apartheid Israel will be next

The most hotly debated contemporary example which was not included is to deny “the Jewish people their right to self-determination, eg by claiming that the existence of a state of Israel is a racist endeavour”. Several of IHRA’s additional examples link directly to the state of Israel, raising concern from Labour activists who believe the Israeli state – established in 1948 through the forced eviction of hundreds of thousands of Palestinians and which has taken ever-more Palestinian land in each year since then, in direct contravention of international law – to be racist, and wonder whether expressing that view in future will lead to expulsion or censorship.

There is widespread concern amongst British pro-Palestine groups as well, who say the UK Government’s adoption of IHRA in full in December 2016 has already led to attempts to shut down ‘Israeli Apartheid Week’, a week of action against Israel’s illegal military occupation and settlements on the West Bank, and blockade of Gaza, which supports the boycott of goods sold in the UK which come from Israeli settlements. IHRA has also been adopted by the Scottish Government.

In response to these criticisms of the code, Labour previously adopted an amended version of these examples, changing the wording of those relating to criticism of the state of Israel to better allow for free speech on the issue. For instance, Labour’s document is clear that Jewish people have a right to self-determination, but that this “does not, of course, preclude considered debate and discourse about the nature or content of the right of peoples to self-determination”.

A series of senior figures close to Corbyn have called on the NEC to adopt the definition in full, with shadow chancellor John McDonnell telling BBC radio that the party should grasp the issue: “It has dragged on and I think we should have addressed it much sooner and we are doing that,” he said.

Shadow foreign secretary Emily Thornberry, a popular Corbyn ally who is rumoured as a future successor to the veteran left-winger, also backed the calls. Trade union representatives from the GMB and Unison are also expected to vote for adoption of the IHRA definition, and NEC insiders told CommonSpace they expected the most influential union, Unite, to back Corbyn’s position.

Online however, vocal Corbyn supporters have opposed the adoption, even on a temporary basis, and say the party should continue with the status quo whilst it carries out better engagement with the Jewish and Palestinian community to find a more permanent solution.

Speaking to Sky News, the popular journalist and political commentator Ash Sarkar, pointed to the opposition to the working definition by leading Palestinian civil society groups. The full IHRA code was also criticised by more than 40+ Jewish organisations worldwide in July.

Sarkar said: “I’ve made no secret of my concerns around IHRA’s working definition.

“Some version of it should be implemented, that’s really important for repairing trust with the Jewish community.

“But I am being guided here by the fact that almost every Palestinian civic society organisation in the UK has expressed grave concerns of IHRA, its implementation and the fact that it could suppress legitimate freedom of speech.

Sarkar also highlighted Stern’s comments that when it had been adopted in academic settings it has been “chilling” and “McCarthyite”.

Other supporters of Corbyn said that those who had been most critical of Corbyn would still be unlikely to work with the leader, a view supported by the MP Margaret Hodge, who called Corbyn an antisemite, and said that the row over antisemitism would only stop if Corbyn stepped aside.

Every Palestinian civic society organisation has warned of IHRA’s chilling effect on freedom of speech. So why isn’t the media covering it? @AyoCaesar on Sky News. pic.twitter.com/rI9lv1JKtT

One Labour member told CommonSpace: “Hodge’s comments show that no matter what the party does to tackle antisemitism, those who have led the criticism of Jeremy Corbyn will still be unwilling to work alongside him.

“Most people on the left of the party are  committed to tackling the problem of antisemitism wherever it exists, and more of us are starting to reach a decision that the best way to do that is to carry on whilst others continue their campaign of inflammatory remarks.”

The full parliamentary Labour party of MPs will meet for the first time since the summer break on Wednesday, and it is expected that Hodge, who led the vote of no confidence against Corbyn in 2016, and other MPs critical of Corbyn will openly discuss their leaders future.

If Labour’s NEC adopt the full definition on Tuesday [4 September], it is highly unlikely to be the end of the matter, and could open up a new front of hostility to the leadership from pro-Palestinian activists within the party. If they don’t act, the accusations of antisemitism could continue to overshadow the front bench as the UK Parliament returns and Brexit negotiations approach their most crucial moment. Whatever they do, it is increasingly unlikely to herald an autumn of party unity and many of the party’s MPs will still look to use the issue in attempts to remove Corbyn from the leaders office.

Picture courtesy of The Labour Party