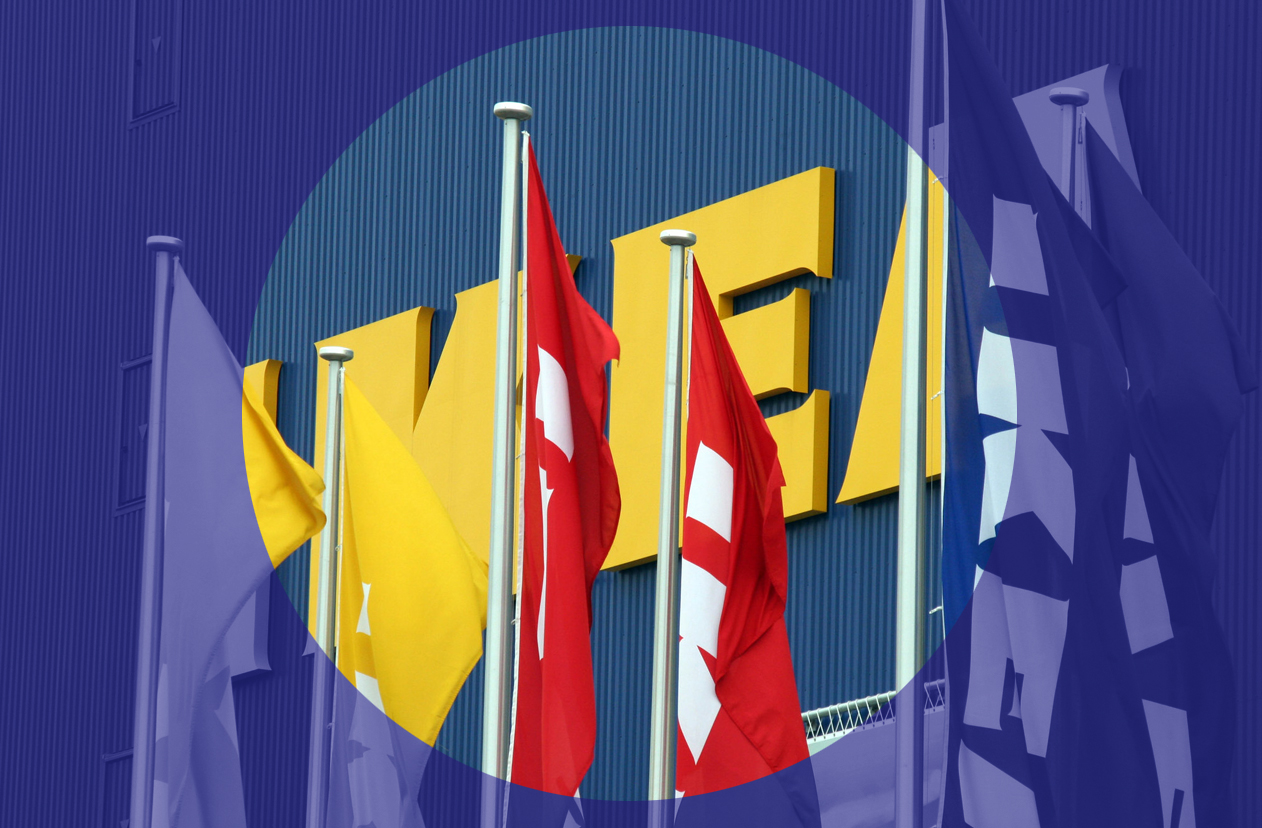 “Employers will be watching what’s going on at Ikea, to see if they can get away with attacking their own trade unionists.”

IN THE WEEKS after the Coronavirus pandemic and lockdown first gripped Europe and the UK, much was made of frontline workers. Those who kept the economy turning over were lavished with praise, not least by those in government.

In the UK, Prime Minister Boris Johnson claimed that no government in living memory had done more to protect workers, whom he applauded from his door step. Corporations too made much of their workforces through sentimental advertising campaigns describing them as ‘heroes’.

But even as the praise was lavished, workers suffered mass redundancies and worsening conditions. Perhaps the most excruciating contradiction between rhetoric and reality arrived in August, when Ikea in Glasgow sacked trade union rep Richie Venton for informing his members of plans to cut sick pay at the height of the pandemic. The original plans would see workers forced to take as little as £95 per week statutory sick pay, rather than a full pay entitlement, if they fell ill with the virus.

Though Ikea were forced to back down on Covid-19 sick pay, they have refused to reinstate Venton to his union post or job, or to provide full sick pay to staff who fall ill with other conditions. Since the sacking, a movement has been built across the UK and Ireland, demanding Venton’s reinstatement and full sick pay, with regular pickets outside outlets of the iconic and highly-profitable home furnishing chain.

Speaking to Source, Venton, who is a member of the national executive of the shop workers union Usdaw, says the sacking was “to punish me for daring to stand up and argue against their new sick policy.

“I think the broader aim, and why I was selected and targeted, was I’d built up the union membership to by far the highest density of any Ikea store in Britain and Ireland.

“They had other plans behind the scenes, which we knew nothing about at that time. Because, for example, the week or so after I was sacked, Ikea UK rolled out another new, even more vicious sick absence policy which meant that from the first of September any worker who is off two occasions in a twelve month period – thereafter they won’t get a penny in company sick benefit.”

In September, SNP MP Chris Stephens introduced an Early Day Motion to the Commons in support of Venton and Ikea workers. To date it has garnered the support of 49 MPs from several parties, with more expected. Venton’s case was also raised in the Scottish Parliament.

Speaking to Source, Stephens says: “Richie is an effective trade unionist who did the right thing to keeps his members informed.

“Employers will be watching what’s going on at Ikea, to see if they can get away with attacking their own trade unionists.

“What we are seeing,” Stephens continues, “is plans that employers had locked away in a drawer before the pandemic, to reduce workers’ pay and conditions, are being brought out the drawer now under cover of the pandemic.”

And what about government boasts to standing with workers through the pandemic? When Stephens challenged Matt Hancock, secretary of state for health and social care, “on whether Ikea’s actions were counterproductive to efforts to control the pandemic”, he says he “received a non-answer”.

“An injury to one is an injury to all,” Stephens says. “Trade unions are a bulwark against oppression in the workplace.” If they are successfully attacked and driven back, Stephen’s argues, there will be repercussions for workers across the economy.

Venton agrees: “It’s a critical issue in retail to start with because, if we are to demonstrate that the unions are capable of defending their membership’s conditions, their health and safety, their wages, their jobs, then…if they get away with sacking someone who is relatively high profile in the sense of being a member of the national executive council of my own union Usdaw, if they get away with that sacking without a response, then that will encourage the other retail employers.”

An Ikea spokesperson would only tell Source: “we are unable to comment on individual cases”. Like many modern corporations, the Swedish giant depends on its image as modern, progressive and caring. The sight of workers protesting the most basic trade union rights and sick pay entitlements outside their characteristic blue and yellow warehouses has caused their PR operation to fall into an embarrassed quiet.

On Thursday (9 October) Over 270 trade unionists and sympathisers joined Venton for an online rally. They plan to escalate their action against the firm in what it shaping up to be a vital early confrontation between workers and employers in the global pandemic and economic downturn.