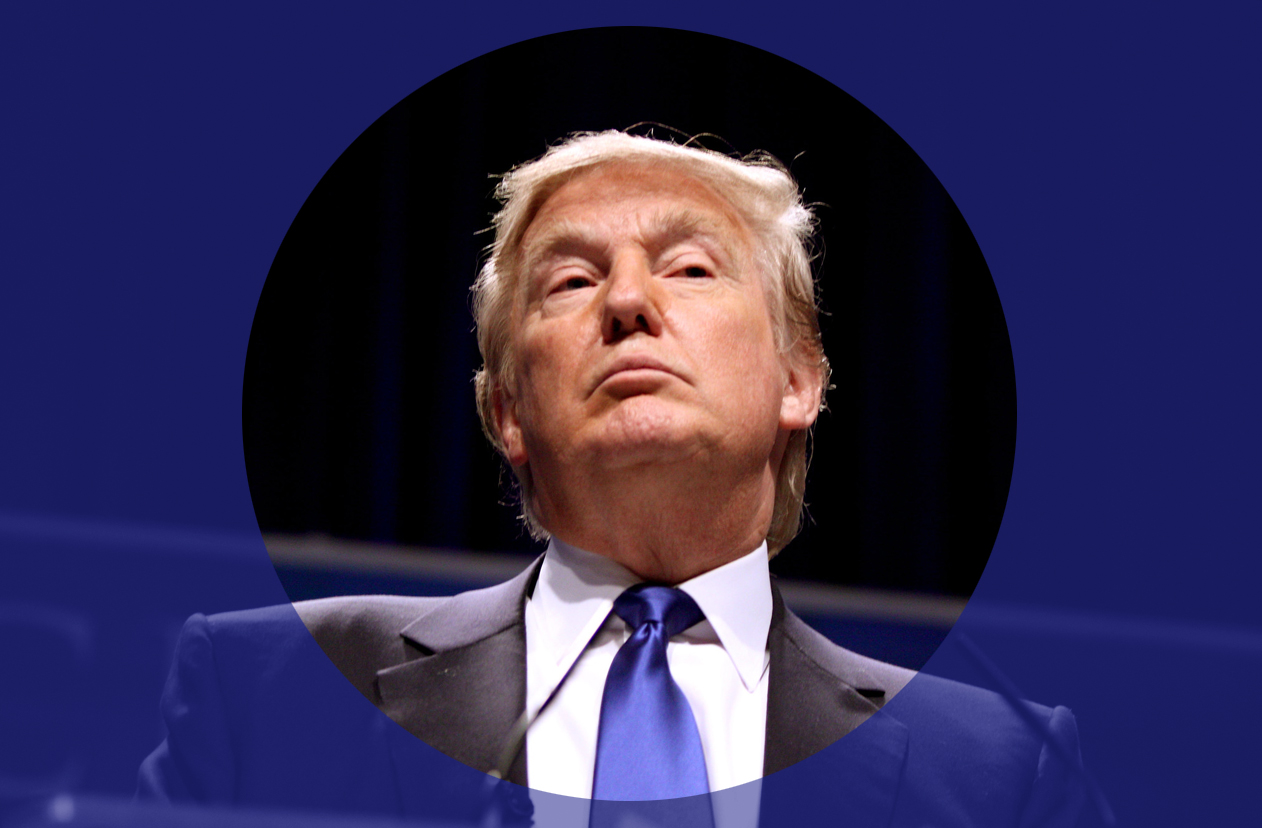 “The wildcard in this situation is Trump himself. Will he, as he sometimes threatens, continue to be a force in right-wing politics in the US?”

THROUGHOUT the drama of Donald Trump’s one-term presidency, Scotland has had an occasional walk-on role as his adoptive mother country. Many Scots chafed at the association, but his status as a global real estate developer means he fits snugly into the country’s economic model.

Trump’s official plane is scheduled to fly to Scotland on the final day of his presidency, and speculation is running wild that he intends to lay low, perhaps at one of his Scottish resorts, while President-Elect Joe Biden is inaugurated. If he did make it through the new lockdown rules, Trump would likely bring the US political weather with him – the storm of consternation created by revelations that he asked Georgia’s Republican secretary of state to “find” the votes to give him a fallacious win in the swing state (even though the election is long over and Trump’s appeals of the outcome have amounted to nothing).

This latest and most naked attempt to subvert the November election is apt to feed popular derision towards the beleaguered president, who is rapidly losing his grip on his party and the machinery of government as the 20 January inauguration approaches. But at the top of US society, the last acts of Trump’s presidency are causing alarm.

The coup that wasn’t

This is not because there was ever a threat of coup, as to many asserted after it became clear Trump would not accept the outcome of November’s election. Trump never had the requisite support in the US state for such an gambit, and the right-wing squads he brings onto the streets for displays of aggression arguably aren’t up to the challenge.

There is indeed a ‘deep state’ in the US. It perhaps isn’t as self-conscious or relatively autonomous as in those other countries – like Turkey or Egypt – for which the phrase was coined, and where the military and security apparatus is poorly integrated into the wider state and civil society. In such nations, parts of the state are often understood as political actors in their own right.

In the US, such elements might be better understood as a ‘permanent state’ who are less independent from the more formally democratic branches, but who nonetheless are unelected and unaccountable to the wider population. They can, in times of acute social strain, impose themselves directly upon the wider political balance. This is what happened in 2020 when, variously, the US armed services and the Pentagon – in some regards, the brain at the centre of the US global empire – distanced itself from Trump in the wake of his draconian response to the Black Lives Matter movement. It was clear from that point, had it not been before, that a coup was beyond Trump’s reach.

Instead, his closest partisans engaged in a wave of lawsuits in key states across the famously litigious country. He has failed in over 50 such attempts, but continues to denounce the outcome of the election as fraudulent.

“We won the presidential election, we won it big,” Trump told an adoring rally in Georgia (4 January) as part of campaigning for the Senate runoff in the same state where he failed to convince his own party’s state secretary to corrupt the election results. Brad Raffensperger bluntly told the President he was wrong in his belief that the election in the state had been stolen.

His refusal to comply with Trump’s cajoling represents just one small part of a wider divergence between the departing commander-in-chief and the Republican establishment. What began as a trickle of denunciations in November is expanding.

Several Republican senators have denounced Trump’s attempts to overturn the result in recent days, as have ranking members of the Republican party in the House of Representatives. So far, most critics are seasoned dissidents – such as former House Speaker Paul Ryan and former presidential candidate Mitt Romney. But figures on the conservative right can be expected to make their own moves against (or perhaps within and against) Trumpism once its figurehead has departed leadership of the nation.

“They say they’re Republicans. I really don’t think they can be,” Trump told his base to booms of agreement.

“I’m going to be back here in a year-and-a-half and I’m going to be campaigning against your governor and your crazy secretary of state,” he went on.

It is this confrontation that both Republican and Democrat leaders fear. Trump secured 74,223,744 in November – the largest coalition in Republican history, and the second largest vote for a presidential candidate in US history after Biden. It defied claims that a hard right-wing base would be squeezed by demographic changes, actually becoming more pluralistic than in 2016 election. It also proved that Trump’s various departures from political convention, his own erratic behaviour, and even his impeachment did not undermine him in the eyes of almost half of voters.

This places the Republicans in a bind in coming years. Put simply, Trumpism is popular in a way they are not. They need his coalition, which is bound together by an ideology drawing on many constituent parts of the US population, but ultimately unified around the persona of Trump, for whom there seems no obvious replacement. They want the coalition, but also a return to ‘respectability’ in the institutions of US power. It will be hard to marry both.

The Democrats under Biden face the immediate task of ruling over a badly fractured and polarised population at a time of economic and social turmoil. They do not want to face another Tea Party, especially one this time vivified by the experience of past victory and influence. In addition, a continued Trumpism may inspire popular movements to the left of the incoming administration, which has so far promised to be an ultra-establishment affair.

The wildcard in this situation is Trump himself. Will he, as he sometimes threatens, continue to be a force in right-wing politics in the US? The answer to that question has implications for the stability of the US and, therefore, the whole world.