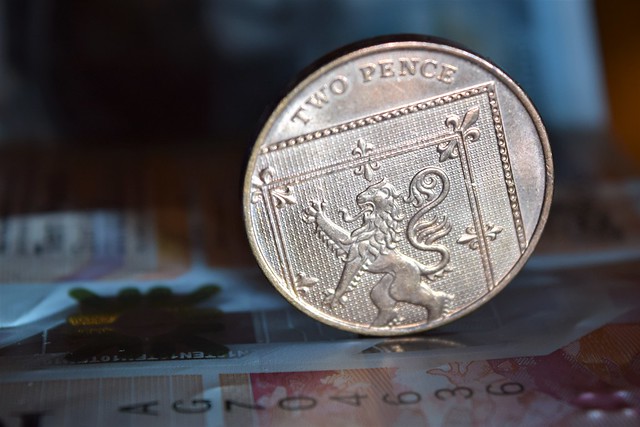 The Scottish Finance Minister, the First Minister and The National editor have all made the case for the Growth Commission’s currency plan – without defending it on the basis of its economic merits

THE SNP spring conference on Saturday will see the Growth Commission’s tweaked plan put to delegates, with amendments proposing a faster transition to a Scottish currency and that the six tests are dropped.

With just a few days to go, we’ve now had Scottish Finance Minister Derek Mackay, First Minister Nicola Sturgeon and editor of The National Callum Baird come out in favour of the leadership motion unamended.

On Saturday, Sturgeon made a number of questionable arguments: that the time needed to establish devolved institutions showed that a three year period to set up a Scottish Central Bank wasn’t “credible” (but the new social security agency took less time than this); that even if you don’t like the six tests, some set of tests is required to guide the decision of an independent Scottish Parliament (but establishing a currency is inherently political, not technocratic, because it’s about choices and priorities); that the Irish free state was Sterlingised in the first years of its independence (yes, and it was a disaster).

However, the bigger issue with the First Minister’s piece is that these arguments are all about process and timing, not the substance of the issue: is Sterlingisation good for Scotland or not? Because even if we take it at face-value the idea that Sterlingisation is for an initial period until it’s “safe” to set up a Scottish currency, that still leaves a crucial period of time at the beginning of independence where Scotland’s economy will be Sterlingised. What’s safe about Scotland having no lender of last resort in the event of a global financial crisis? What’s safe about reliance on the Bank of England to set your country’s interest rates, with no say in the matter? What’s safe about having to borrow in a foreign currency, which will inevitably increase the cost of interest an independent Scottish Government has to pay to bankers?

These are all major question marks that neither Sturgeon, Mackay or Baird, nor any of the Growth Commissioners, have offered any answers to. In fact, in the nearly 12 months that this debate has been going on for, the following professional economists have offered up critiques of the economics of the Growth Commission: Jim Cuthbert, Laurie Macfarlane, Richard Murphy, Katherine Trebeck, George Kerevan, Bill Mitchell and Steve Keen. Further serious responses have been made by Craig Dalzell and Cameron Archibald, while economists Angus Armstrong and Monique Ebell critiqued Sterlingisation in a 2014 report for the National Institute of Economic and Social Research. Globally renowned and recognised economists Joseph Stiglitz and Yanis Varoufakis have not commented on the GC report directly but have all previously argued that if Scotland is to be independent it should have its own currency. (I’m sure I am missing others – this is just the ones that spring to mind – apologies if you are one of them!) In that time, Wilson and co have not found the time to offer any sort of response to one of these criticisms. Not one.

It raises the question: If GC advocates can’t defend the case from critics supportive of independence, are they capable of making the case convincingly to the Scottish people? What is their answer going to be when someone asks: ‘How is a Sterlingised independent Scotland going to handle a global financial crisis?’ All the PR spin in the world won’t provide a compelling answer to that.

And there’s other questions which have gone unanswered, to name just a few:

– It’s in the EU’s statutes that a member state must have its own Central Bank with monetary powers – how will a Sterlingised Scotland be able to gain EU membership?

– Nicola Sturgeon has said she supports a ‘Scottish Green Deal’, widely understood as a public investment strategy reliant on having full borrowing powers: will an independent Scottish Government be able to do this while Sterlingised?

All of these and more are answered by the sound of silence. Instead, highly suspect polling evidence is used to justify a position that has not been road-tested in the white heat of an independence referendum, and where the alternative – the positive case for a Scottish currency – is yet to be made by one senior SNP politician.

When Wilson first made the case for Sterlingisation, he did so, he said, because we needed “substance not symbols”. He argued for Sterlingisation until an independent Scottish Government “chooses to do something differently”. Now we’re told the polls are good for pound Sterling, and don’t worry because we’ll just keep it for a bit anyway before we transition to a Scottish currency. This screams lack of conviction, coherence and sincerity – not only has no economic defence of the policy been made, but I’m not so sure that the politics stack up either.