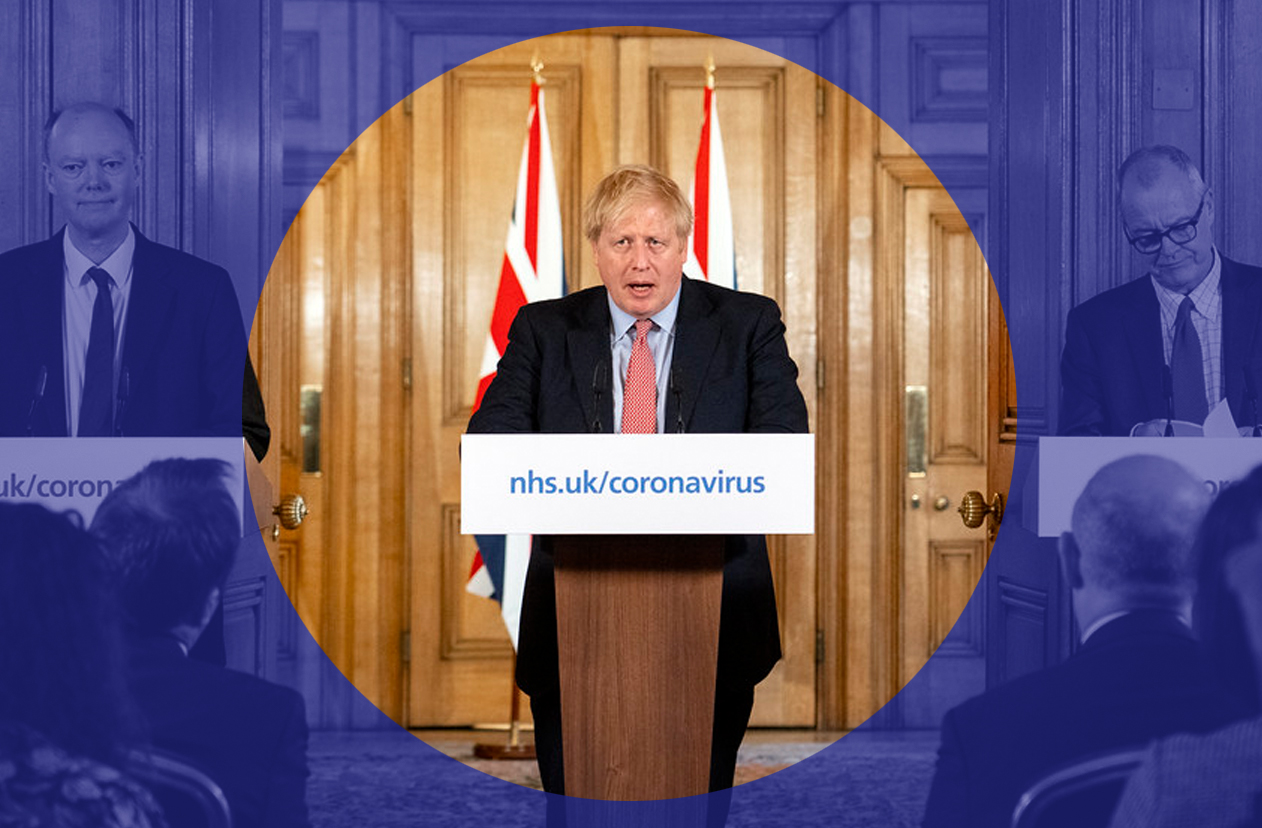 “Johnson’s march on Scotland has a campaigning feel to it. It seems like a long time since a UK Prime minster could come to Scotland simply as part of normal government business. Every venture north now comes with dangers and is embarked upon for the grim necessity to ‘save the union’.”

IT IS FITTING Boris Johnson should mark the year anniversary (minus one day) of his premiership with a hasty visit north of the border to combat the growing support for Scottish independence.

His time as prime minister so far has been dominated by firefights. First, his struggle to drive through Brexit, culminating in the 2019 General Election victory. Then, the seizure that fell on British society with the global Covid-19 pandemic. Now he faces the aftermath of that crisis, part of which will be a new strain on the Union.

Perhaps Johnson fancies the current predicaments of the British state, fan as he is of Winston Churchill, ostensibly the British Empire’s greatest ‘crisis leader’; he has certainly sought to mobilise images of national solidarity to his favour.

But British society has changed a great deal since Churchill’s heyday. The transformations of recent decades will define how Johnson fares in the coming years. In spite of everything in the last twelve months, he is only at the start of his trial.

The first six months and pandemic

It is difficult not to conclude that Johnson had a strong first six months. He inherited a complete mess from Theresa May, who, having thrown away a solid Conservative majority in 2017, repeatedly attempted and failed to pass Brexit deals through the UK Parliament.

Johnson’s rise to the top of his party may have appeared squalid and brutal, but once there he was well positioned to sweep opposition aside. He suspended parliament and culled dissent from his backbenches. When a general election was finally required to move forward, he delivered a stunning blow against Labour in a contest he and his chief lieutenant Dominic Cummings were able to present as a conflict between the people and the status quo.

After an extended holiday, he returned in January to the first really stable UK Government in 20 years. As well as a bumper majority in the House of Commons, he had badly discredited Labour, the Liberal Democrats were nowhere, and his own backbenches had been purged. To hear the triumphant Johnson tell it, 2020 was going to see the UK put old divisions behind and surge into a bold new economic and geopolitical future.

It is possible this driving blinded his government to the growing threat of the pandemic. Johnson missed several crucial meetings at which the situation could have been addressed, played down the danger and talked up ‘herd-immunity’ before full lockdown was finally engaged on 16 March, by which time Europe was already in a tight grip. Emergency assistance for the economy temporarily staved off social disaster.

Now however, Johnson must negotiate the equally crucial post-pandemic period. The threat of a ‘second wave’ hangs in the air, as does his own decision to turn off the tap of economic assistance, a move that will cause jobs to go and businesses to collapse. Within his own elite class element, the debate about how to distribute the economic pain has begun.

The one major obstacle Johnson has yet to meet is organised mass opposition. So far, he has not had to contest forces on the scale of the anti-war movement faced by Tony Blair, or the anti-austerity, student or independence movements faced by Cameron. The impacts of these movements were partial or delayed, but they were very real: the anti-war movement effectively killed New Labour, the anti-asuterity and student movements destroyed the Liberal Democrats and seriously damaged Tory support among the young, while the independence movement mauled Scottish Labour and threw the Union into the balance.

The collapse of support for the Union is only one of the forces of opposition that will harden against Johnson through the difficult times to come. A recent Panelbase poll commissioned by Business for Scotland found that support for ending the union was at 54 per cent in Scotland, and at 49 per cent support in England.

Johnson, and before him Cameron and May under pressure from Nigel Farage, deployed English nationalism as a way to undermine Labour in England. This short-sighted manoeuvre helped to damage Labour, but it has created an army of problems for the British state. In addition to stoking a Brexit that neither Cameron, May nor probably even Johnson ever wanted, it has helped to reduce the Union to perhaps its lowest stature in 313 years of history. Every adhesive is now tested, from Scotland to the north of Ireland to Wales and England.

Johnson’s march on Scotland has a campaigning feel to it; it seems like a long time since a UK Prime minster could come to Scotland simply as part of normal government business. Every venture north now comes with dangers, and is embarked upon for the grim necessity to ‘save the Union’.

Asked whether she thought that the March economic assistance package showed the usefulness of the Union, First Minister Nicola Sturgeon said: “No, I don’t. It’s simply a feature of where power lies.”

For now, ‘where power lies’ is the ace in Johnson’s hand, and it is one of the only weapons he has in defence of the Union. The question remains whether the independence movement can defy that central power.