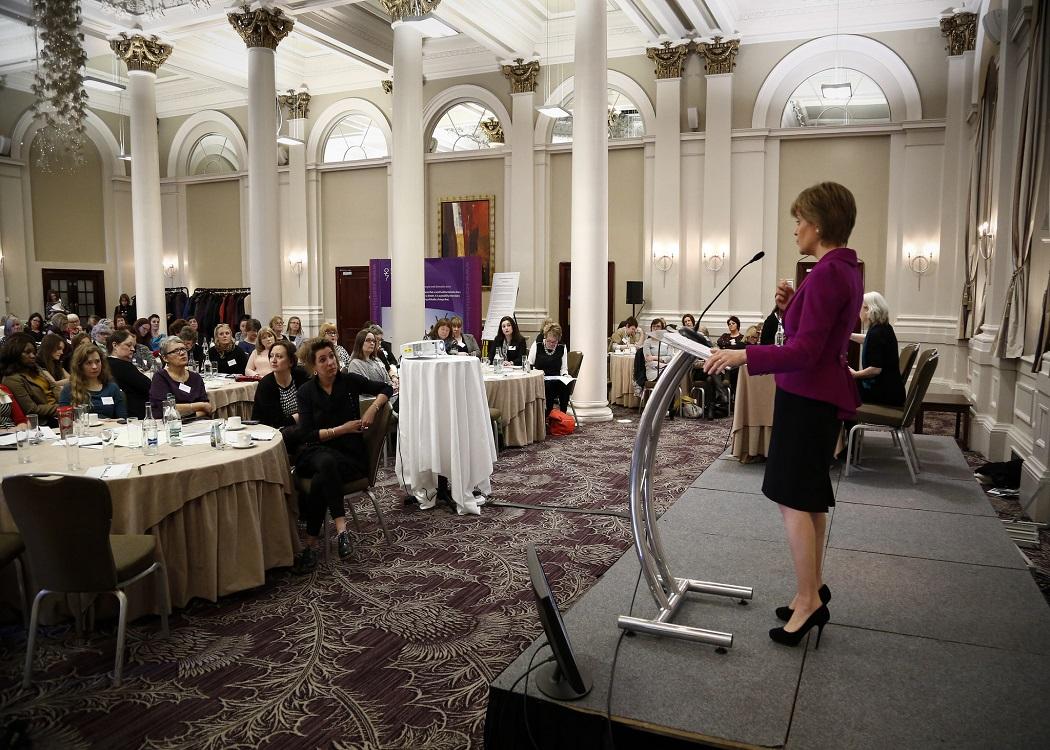 IT is an absolute credit to Scotland’s quality of public life that three of the main political party leaders are all women.

The transformation from as late as the 2011 Scottish Parliamentary elections, where three of the four main party leaders were men, has been extraordinarily rapid.

The fact that Nicola Sturgeon, Kezia Dugdale and Ruth Davidson are three of Scotland’s main politicians leading from the front is symbolic of the aspiring egalitarianism that Scotland is gradually embracing now, should continue to embrace in the future and should continue to permanently hold in high esteem.

The sad and frustrating reality in some quarters is that women continue to be vastly underrepresented in politics.

It’s also worth noting that First Minister Nicola Sturgeon has ensured that her cabinet is also 50/50 in terms of split of gender between men and women. The best thing about seeing the leaders of the Scottish National Party, Scottish Labour and Scottish Conservatives being who they are at the moment is that they have not made their way to the top through any special process nor through any supportive mechanism e.g. gender quotas.

They have earned their achievements solely through merit and because they are talented enough to take on political leadership.

Yet despite all this, the sad and frustrating reality in some quarters is that women continue to be vastly underrepresented in politics. This became personally apparent once more during attendance of a discussion of television coverage of last year’s independence referendum at the weekend’s Festival of Politics at the Scottish Parliament.

While the gender split on the panel was 50/50, very few of the questions from the audience came from women and instead it was the men that dominated when it came to coming forward.

In 2011, just under 35 per cent of the elected MSPs at Holyrood were female. The hope for the immediate future as far as 2016 is concerned is that the gender split inside the Holyrood chamber will be closer than before to a more potent status of equality.

Political parties are voluntarily placing more of an emphasis on getting more women elected whether it’s through mechanisms such as all-female lists . In principle, it is regrettable that gender quotas or other forms of positive discrimination have to be undertaken in order to address imbalances.

At worst, it is also frankly shameful that such unpalatable measures have to be even considered, because ideally meritocracy must always be allowed to prevail without its natural ability to distinguish the best candidates being artificially compromised.

Yet, on occasion, such measures are justified and essential in order to make the composition of our representatives in public life more reflective of Scottish society.

The feminisation of politics is long overdue and is certainly no threat to men.

Scotland is not the only country in Europe where positive discrimination of some form or another has been enforced in politics.

Across the Irish Sea in the Republic of Ireland, Dail Eireann introduced legislation three years ago called The Electoral (Amendment) (Political Funding) Act 2012 where political parties will become legally obliged to introduce a 30 per cent gender quota at the next Irish General Election (which is likely to be held in 2016).

That quota will then rise to 40 per cent at the following election after the 2016 poll. While no legal requirement currently exists in Scotland to implement gender quotas into the Scottish Parliament, it would be worth taking note of similar ideas if the proportion of women representatives within the Holyrood chamber does not rise.

Scotland’s population of approximately five million is composed of more women than men, but only just by around a figure of around 200,000 people. Nobody, not even men in our country, wins if the centre of our public life is not reflective of society.

It is also worth appreciating that while women have been the focus of this article, other groups such as various ethnic and religious minorities and the LGBT community, should not be ignored either when it comes to the aspirations of creating a more egalitarian Scottish Parliament and Scottish political culture.
Scotland has always been a diverse country – from the days of the nation’s birth to now – and it must never ignore one of the most fundamental principles of its own sense of nationhood.

Other minority groups, particularly from a variety of ethnic minorities, should not be ignored either when it comes to the aspirations of creating a more egalitarian Scottish Parliament and Scottish political culture.

It’s also important to realise that Holyrood is not the be all and end all of our enlightened political culture. Politics in recent years has woken up tens of thousands of Scots for obvious reasons.

Political events, rallies and other varieties of occasions are not immune from the heightened expectations that are now taken into account more than ever before.

One of the gravest tragedies of world history has been how over masculinised politics has been. The feminisation of politics is long overdue and is certainly no threat to men.

In fact, it could yet be an even greater force for good if it is properly allowed to re-balance the gender split in public life, ultimately and hopefully leading to better political decisions being made for the benefit of all in society.