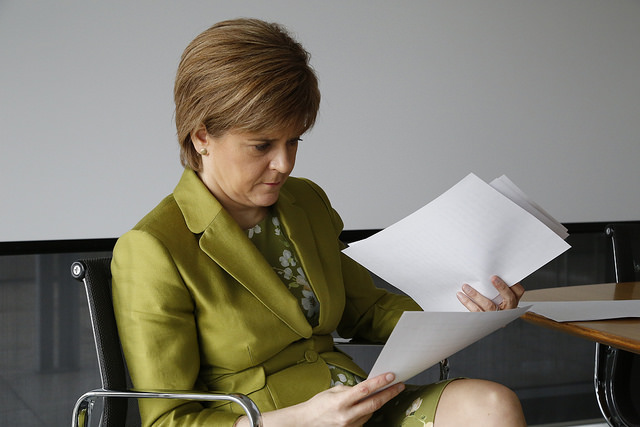 THIS YEAR marks the 82nd year of the existence of the Scottish National Party and political matters are hotter than ever.

Since the last time the party gathered together in March, the United Kingdom shocked the world when it opted for exiting the European Union. At the same time, Scotland went in the opposite direction by backing staying within the EU.

Economic uncertainty has prevailed since 23 June – the Pound Sterling has plummeted, thousands of jobs are potentially at risk and the vulnerabilities for the UK globally seem all too real. A lot of the warnings before the referendum have, to an extent, been vindicated.

Ideally, Nicola Sturgeon would have liked to have seen the initial surge in support for independence from the summer continue into the autumn. But this hasn't happened.

But Article 50 will not be triggered until next year. By then, we all might have not seen the worst of this ongoing volatility.

It is actually tricky to predict where exactly the UK's state of affairs will end up given the fact that there just seems to be occurrence after occurrence, well before the intended moment of the triggering of Article 50. To sum all this in two words: continued unpredictability.

The key in all this is the economy. A strong economy is a quality fuel to positive living standards. It is the primary factor within the whole context of what is currently going on around us.

Immigration was said or seen by many to be the primary factor within the EU referendum debate. For others, prosperity mattered more.

But what about Scottish independence? It's been over two years since Scotland rejected leaving the UK. Ideally, Nicola Sturgeon would have liked to have seen the initial surge in support for independence from the summer continue into the autumn. But this hasn't happened.

Also, it has to be remembered how exhausted much of the Scottish electorate currently is – there have been no fewer than five trips to the ballot box since the summer of 2014. And there's still another one to follow next year (for the local government elections). Don't voters deserve a break?

Also, it has to be remembered how exhausted much of the Scottish electorate currently is – there have been no fewer than five trips to the ballot box since the summer of 2014.

At this stage, the first minister cannot really declare a second independence referendum is on. The demand from recent polling isn't overwhelming. And unless the evidence from the current ongoing national survey proves otherwise, then she has nowhere to go.

But then again, this is when a big dilemma only intensifies. She could well be judged on whether she is courageous enough to re-visit the issue between now and the 2021 Scottish elections. If she fails to, then it could be equally as damaging as going ahead with a second vote (and potentially losing again).

Much of the SNP and Yes movement are eager to get back out onto the streets and campaign for independence again, particularly after this summer. But pushing too hard at this stage won't improve anything. But there's certainly nothing to suggest that engaging in conversation with the electorate about ongoing issues is necessarily counterproductive.

However, the leadership of both movements may well have to accept that in order to increase support for independence then there will be no choice but for the green light for a second independence referendum to go on. It is a risk, but life and politics isn't without taking risks at critical moments.

I suspect that if Scottish independence was to happen, then it would be those who voted No two years ago who tip the balance towards Yes. They will probably make the decisive choice based on what is less damaging and more prosperous in terms of the future.

Those gathering in Glasgow over the next few days must remember that their fellow citizens across Scotland will expect a strong insight into the many challenges ahead in the coming years.

This is why that the economy will be utterly key when it comes to Scotland's democratic future. We are now seeing how it is the main factor within the context of Brexit.

A strong economy is the foundation for the provision public services, the implementation of socially democratic policies and preserving global connectivity for a country.

Those gathering in Glasgow over the next few days must remember that their fellow citizens across Scotland will expect a strong insight into the many challenges ahead in the coming years. A political conference resembling that of an echo chamber won't suffice.

And as far as Nicola Sturgeon is concerned, she has action to take either way. Maybe not now, but certainly in the not too distant future.

When she addresses conference, she must absolutely remember that she isn't just addressing the people in the hall. She must aim to address the nation as well on where it goes from here and lead from the front.