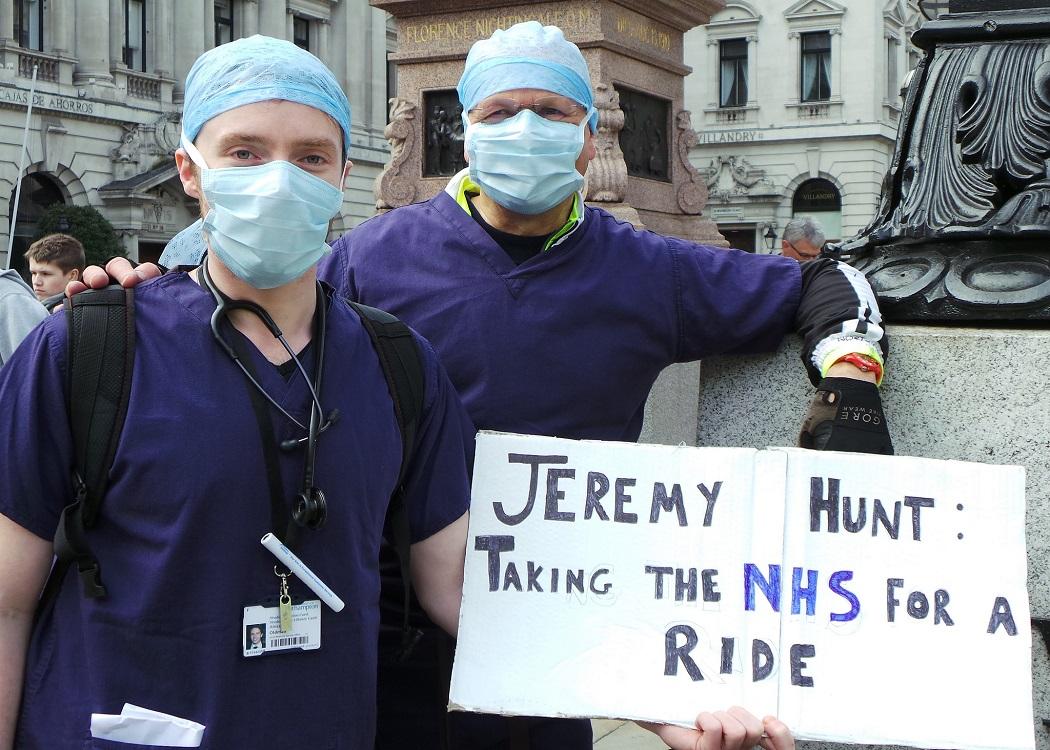 IT is a disheartening disappointment that junior doctors in England will be going out on strike next Tuesday, but in the context of matters one should not be surprised. In fact, they deserve nothing but uncompromising sympathy.

With the utter contempt that they have been treated with during the mess of negotiations over their new working contracts, how can anyone blame them? Junior doctors cannot be condemned for seeking a robust and acceptably rewarding contract given the hugely stressful work that they carry out shift after shift.

And the word stress could not be emphasised any further. In recent years, demand on the NHS has amplified within a demonising era of austerity. And too often, a lack of staffing resources has proven to be a major factor in inducing further unwanted stress for them.

Junior doctors cannot be condemned for seeking a robust and acceptably rewarding contract given the hugely stressful work that they carry out shift after shift.

In the context of things, it is also worth noting that there have probably been real life cases of medicine students re-considering what their career path will look like prior to prospective graduation.

Medicine is still a well regarded choice of study at university. It is an utter tragedy that there are students out there who will be left bitterly let down by what seems to be a future of doom ahead as a doctor. Their feelings should be recognised, not frowned upon.

This current crisis is symbolic of the lack of care or attention that politicians are showing towards making a career within this area an attractive prospect.

Unless they start getting a grip and make an effort to make such careers truly rewarding, the NHS will only struggle even more and patients will ultimately suffer.

While the prospect of a junior doctors strike affects England, it should serve as a reminder to Scotland, Wales, Northern Ireland and beyond that the real needs of doctors and other healthcare professionals must be catered for, and fully.

Unless they start getting a grip and make an effort to make such careers truly rewarding, the NHS will only struggle even more and patients will ultimately suffer.

Patients deserve the best quality of care and will only get that when those who treat them are remunerated properly and rewarded fully. We should look to countries such as Australia for inspiration as to how better to support our doctors and healthcare professionals.

The Guardian online featured an insight from Dr Michael Sheridan who is an A & E consultant from this side of the world who clearly favours life in his profession on the other side of the world.

With a working week of no longer than 43 hours, guaranteed time for education and far many more colleagues to consult when practicing, how can doctors like Dr Sheridan be blamed for not wanting to come back to work within the NHS here?

It is also worth remembering that the attitudes of both Shona Robison MSP and Jeremy Hunt MP could not be more different. The latter has clearly struggled to redeem the junior doctors south of the border with the respect that they truly deserve.

However, the former has clearly recognised that creating an atmosphere of respect is the way forward in Scotland.

Scotland’s health secretary is right to look outwards and attract medics to come and practice north of the border. But she should also ensure that our country should create enough of an appetite for school leavers to strive for a place in medicine at university and to work for NHS Scotland.

While the Scottish Government has a considerably better record on the NHS in Scotland than its counterparts south of the border, we have a lot of progress still to make in terms of making working life for doctors better.

That way, we can sustain and build on the future of our Scottish health service. And that way, doctors like Dr Sheridan might consider wanting to return here to practice.

While the Scottish Government has a considerably better record on the NHS in Scotland than its counterparts south of the border, we have a lot of progress still to make in terms of making working life for doctors better.

And further still, what if Scotland had actually voted Yes in September 2014 and become an independent country this year? We could have been relieved of the burden of having a UK chancellor of the exchequer savaging our block grant and therefore taken full control on how much money our NHS Scotland receives.

But we can leave that particular debate to a future and, hopefully, not too distant second independence referendum.

Overall, Jeremy Hunt has serious questions to answer over his sickening attitude towards hard working junior doctors who deserve far more respect for the hard work they put into their practice for patients within the NHS in England.

Perhaps he should put himself into the perspective of the unbelievable pressure they go through and put patients first by making the working life of those junior doctors more bearable.