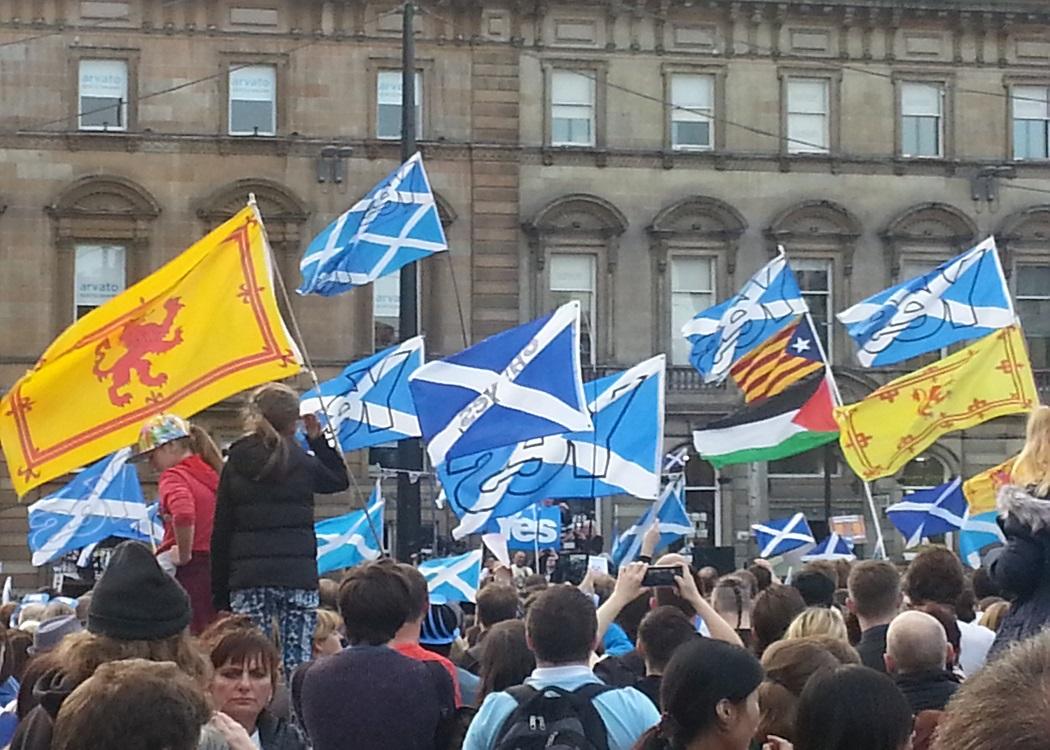 THEY do say that life never stops, don’t they? The same can be said for politics, particularly in Scotland.

Weeks after we will have voted for the latest group of MSPs to represent us in the Scottish Parliament, we will all be going to the ballot boxes yet again, but this time to determine whether the United Kingdom should remain within or leave the European Union.

Much to the lack of surprise from many, or even on the contrary, David Cameron returned to Downing Street with his so-called deal. Ever closer union has been avoided, but the UK has relaxed its initially tough stance on stopping payments of child benefit to children living outside of the UK.

Four nations and an #euref: How the UK’s nations are approaching 23 June vote so far

However, absolutely nobody seems enthused by his overall result. He is no Margaret Thatcher, after all.

Whatever the outcome of this forthcoming referendum this will mark the beginning of the end of Cameron’s premiership. Already, the focus is shifting to who will next lead the Conservatives. And quite probably, it will be safe to say that the next leader of that party will be a staunchly Eurosceptic prime minister and an electorally safe bet given Labour’s sorry state of health politically.

And the sands could also be shifting north of the border, albeit in a totally different manner. Nicola Sturgeon has very understandably reiterated that the demands for a second Scottish independence referendum will grow should the UK vote to leave the EU and Scotland votes to stay.

She is absolutely correct. The inevitability of such an event will naturally become very apparent.

But on a completely different note, are we, as a Scottish nation, even ready to re-visit the whole independence question all over again? It’s hardly been 18 months since we as a country voted against independence and the case for leaving the UK has not been properly re-evaluated.

Are we, as a Scottish nation, even ready to re-visit the whole independence question all over again?

We are deluding ourselves if the pro-independence side believes that it can win a second independence referendum on the back of a potential Brexit. Leaving the EU is one thing, but Scotland’s independence is another matter. We still need to revamp the Yes side’s position on the currency, the sustainability of pensions and even our own potential membership of the European Union.

And even then I suspect that some, although certainly not everyone, within the pro-independence movement will have their deep reservations about EU membership for an independent Scotland.

That said, it is apparent that Scotland favours European Union membership more than our friends south of the border, according to the latest range of opinion polls. A potential Brexit might cause an all new kinds of questions to pop up within our political life – which particular union is Scotland better off with? The UK or the EU? Or even neither? And that could well be the reality of the choice facing Scotland in the coming months and years ahead.

But it is politically immature to run away with ourselves towards the ultimate goal of Scottish self-determination when our own case for breaking away from the rest of the UK isn’t up to the acceptable and rigid standards expected of the electorate, even if we leave the EU along with the rest of the UK.

It’s hardly been 18 months since we voted against independence and the case for leaving the UK has not been properly re-evaluated.

Crying foul at events elsewhere all of the time won’t truly get us anywhere, and we have to get our own house in order before we can move forward. It cannot be doubted that the ever contrasting political cultures of both Scotland and England will inevitably end the Act of Union 1707.

Scottish nationalists know it, and so do unionists across the UK – and probably even much of the world, dare it be said. But it won’t be the EU that becomes the decisive factor, it will be our own undivided determination as a country (not just the pro-independence movement) to stand up and take the initiative which will be the critical factor in determining our own future.