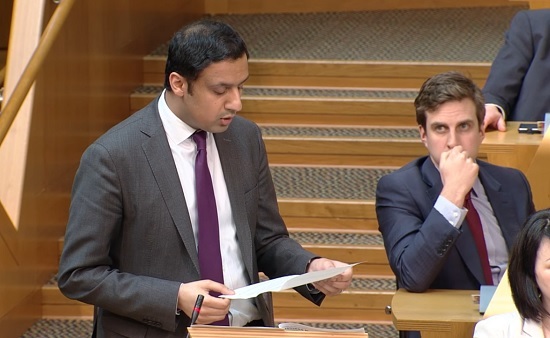 The family business in which the Scottish Labour leadership candidate has a multi-million pound stake refused to answer press inquiries concerning its recognition of trade unions.

UWS – of which Sarwar has previously declared shareholdings worth almost £2.7 million in his parliamentary register of interests, making him owner of approximately a quarter of the company – was approached by the Herald newspaper following recent controversy over the wages UWS reportedly pays employees, which fall below the generally agreed-upon Living Wage.

According to the Herald, a law firm representing UWS said the company believed the newspaper’s line of enquiry was “politically motivated”, and as a result the company declined to comment when asked if it recognised trade unions.

“Our client takes the view that the line of enquiry being pursued is politically motivated rather than truly focussing on workers’ rights.” Law firm for UWS

In a letter sent in response to the Herald’s queries, the law firm for UWS wrote: “Given the terms of the article published on 10 September and the emphasis which was placed on Anas Sarwar’s connection with our client (if only as a minority shareholder), our client takes the view that the line of enquiry being pursued is politically motivated rather than truly focussing on workers’ rights.

“In the circumstances, our client declines to comment further on this matter and trusts that its decision will be respected.”

A spokesperson for Sarwar, who had previously protested that he was a minority shareholder and thus did not have any say in the decision-making at UWS, told the Herald: “Anas is a member of Unite and a strong supporter of the vital work that trade unions do. Any questions regarding UWS must be directed to the company.”

The fresh controversy is poorly timed for Sarwar, as news of it broke on the same day he was planning to launch him campaign to become Kezia Dugdale’s successor as Scottish Labour leader.

An SNP spokesperson told the Herald: “Public figures cannot just clam up entirely when legitimate questions are being raised about their business interests. Anas Sarwar’s silence on workers’ rights is untenable.”