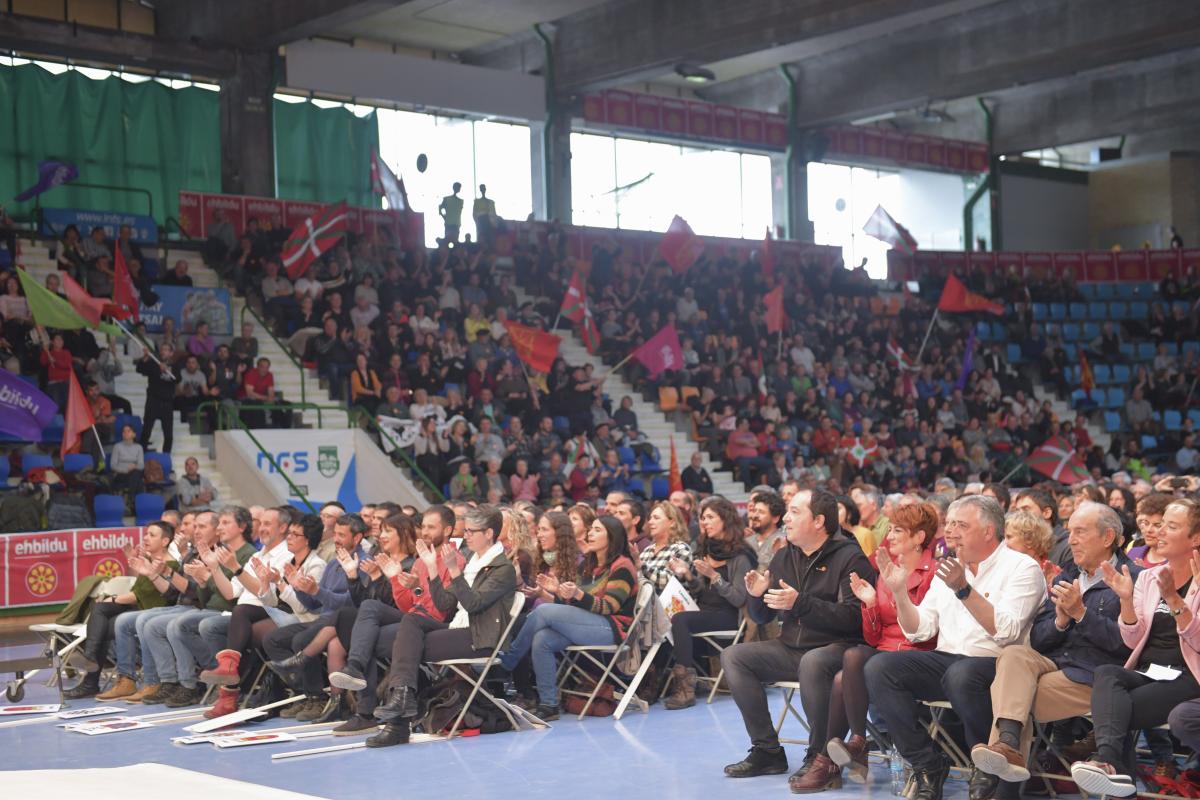 Ander Larunbe looks at the spate of recent elections in the Basque Country, and the strong performance of the Basque pro-independence leftist coalition EH Bildu

THE YEAR 2019 has been marked by electoral cycles in the Basque Country: a Spanish General Election in April, regional elections, local elections and European Parliament elections in May.

The European election took place in the aftermath of the Spanish General Election and alongside local elections. As a result, the European campaign was overshadowed by the others and took up very little time and space in the media and public interest.

This election has been viewed as a kind of second round of the General Election and took place in a complex context shaped by:

•    The setup of the potential Spanish social democratic Government to come and the lack of a clear majority in Congress (ongoing discussions between PSOE and Podemos on the shape of a possible Government).

•    The high polarisation (right-left) for the general election, which had an impact on the European election too, even though the right-wing block was more focused on their internal struggle.

•    As a result of the growing presence of the far-right, there has been an overall drift towards the right of the majority of political forces in the Spanish state.

•    The multiple structural crisis of the Spanish state: territorial, social, economic, financial…which had a special impact on the Basque Country and Catalonia.

The novelty in the European election was that EH Bildu ran in a coalition of progressive pro-independence parties from the Basque Country, Catalonia and Galicia (as well as other smaller parties) on a platform against so-called austerity, freedom for the prisoners and self-determination for the nations inside the Spanish State. This is part of our ongoing efforts to synchronise the processes in Catalonia and the Basque Country and to further the cause of a democratic solution to national aspirations by presenting a united front.

Euskal Herria Bildu achieved its objectives for the local and province elections, although we may not have control of a number of meaningful towns and the constitution of a progressive Government in Navarre will be extremely difficult.

•    We are the largest party in terms of number of councillors in the Basque Country, 1254 out of 4643, and hold an outright majority in 100 councils. We have relative majorities in 27 more and may get some other mayors depending on the post-electoral negotiations.

In the Spanish State, the Spanish Socialist Party (PSOE) won a clear victory in the European elections and thus reinforced their result of 28 April in the General Election, the results of the Popular Party may give some respite to its beleaguered new leader Pablo Casado, as Ciudadanos, which nearly overtook them in the last election, ended far below PP this time. Podemos got a weaker result than in April, as did far-right party Vox.

READ MORE: The National Question in the 21st Century

In the local elections in the Basque Country, EH Bildu obtained its highest vote ever, with 347,000 votes (17,000 over our previous mark), but the PNV will be returned to the main province and capital-city institutions as they also obtained a very good result in the Basque Autonomous Community. The PSOE was boosted in the Basque Country by its victory in the General Election and holding the Spanish Government. Podemos got a worse result than in the previous election and the Popular Party continues its downward trend and only got 55 councillors in the whole Basque Autonomous Community (they run in a coalition in Navarre). The right wing coalition in Navarre, Navarra Suma, received the most votes to the Parliament of Navarre and the rise of the PSOE means the latter hold the key in order to conform a new Government of Navarre. Neither Ciudadanos nor Vox got a single elected local councillor in the Basque Country.

These results strengthen EH Bildu as the progressive alternative for Government in the Basque Country and have confirmed our growth trend. Further work, articulation and cooperation with Catalonia and other stateless nations is needed to address the territorial crisis of the Spanish state. We are in a strong position and look to the future with optimism.

Picture: EH Bildu candidates to the local, province and European elections at a rally on 18 May. Credit: Foku.