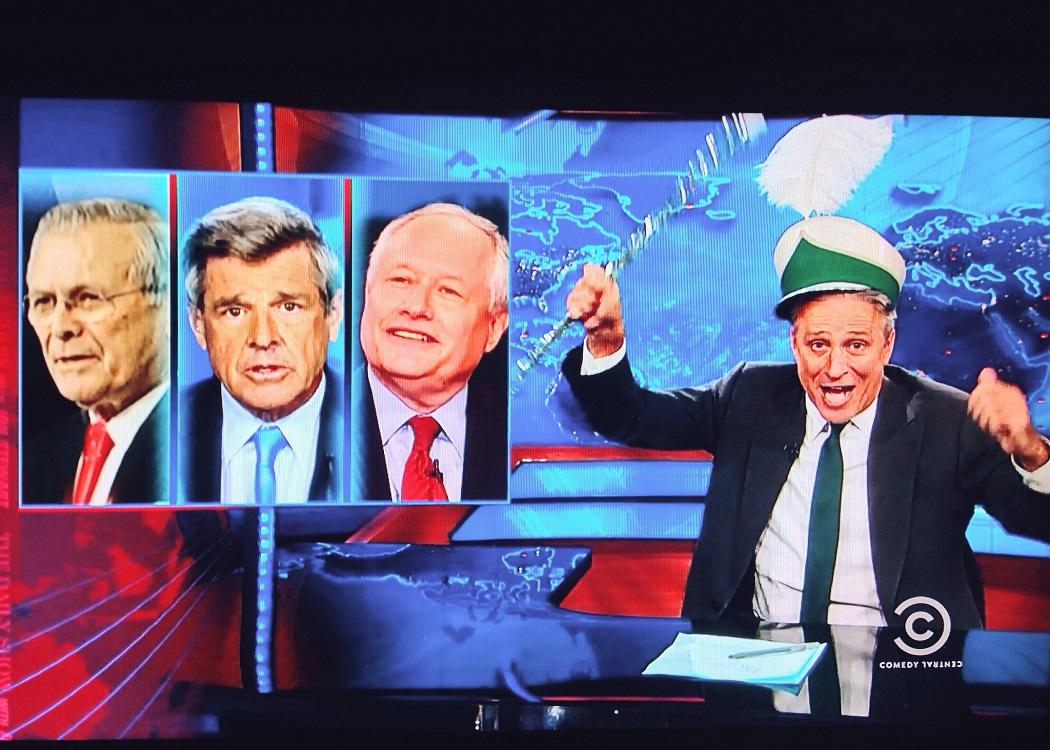 THE amount of column inches given over to Jon Stewart leaving the Daily Show shows you that his resignation was felt keenly in this part of world. Which is odd, because his show is American and about American politics. Maybe the coverage given over to his resignation is purely because journalists and media types like him. Or maybe it was felt so keenly because we don’t have anyone like him.

Instead of satire, in Scotland we have features asking why there is no satire. We have replaced satire with discussion about satire. That’s a real shame. Scotland is possibly the most interesting it’s been since I’ve been alive, and likely the most ready it’s ever been for satire.

The timing’s right – there’s a General Election coming up, which will be followed a year later by a Scottish Parliamentary election, and then potentially a year later by a referendum on the EU. We are a country with two governments. We have two establishments.

In Scotland we have replaced satire with discussion about satire. That’s a real shame.

At the moment UK wide we have Rory Bremner who turns up on TV about once every six months. That’s it. The 10 O’clock Show had a half decent bash. But it sort of let the format get in the way of the jokes.

Mock the Week and Have I Got New For You do their thing but they don’t fill the same hole as the Daily Show. Again, they’re hostages to their format. We seem incapable of letting people just be funny without forcing them into a game show.

The worst example of this was during the referendum when Newnsight hosted a review of people doing topical funny things. It was forced into some sort of X Factor type thing and the performers had a minute to be funny to millions at home. I’m breaking a sweat just now thinking about it. The format was so god-awfully uncomfortable and restrictive. It likely put the possibility of televised satire of Scottish politics back a decade. You can watch it on YouTube but I recommend you don’t.

There are great things like the Bugle and the Daily Mash, both of which really came into their own in the run up to last September’s vote. And we do have brilliant, proper satire and topical comedy shows in Scotland. They’re just not on the telly.

That’s the thing; satire is, by its very nature, upsetting. We can be quite a prickly bunch in Scotland.

There are stand ups like Keir McAllister, Eleanor Morton and Bruce Morton who are doing brilliant, funny topical things. There are journalist like STV’s Stephen Daisley whose Daisley Mail is probably the closest thing we have to the Daily Show.

During the Fringe I took part in Andy Zaltman’s Political Animal – Scottishreferendogeddon 2014. These great nights had a mostly local audience in to see them. Aye Right How No at the Assembly Rooms was sold out nearly every night of its three-week run. Interestingly, more Yes voters on a Monday night, Friday night definitely more No voters – I don’t know what that means either.

Maybe it’s because of the amount of work involved. It takes a lot of effort to prepare half an hour’s worth of topical jokes. To do it properly you have to read a lot and know a lot.

Or, it could be that broadcasters are a bit risk averse.

That’s the thing; satire is, by its very nature, upsetting. We can be quite a prickly bunch in Scotland. I suppose we could argue that the referendum made us passionate about our politics in a way we weren’t before. But there are a lot of cry babies in Scotland.

Anyway, if you’re free 18 February in Edinburgh or 23 February in Glasgow, a bunch of stand-ups are putting on a topical satire show thing at the Stand Comedy Club. You should go.