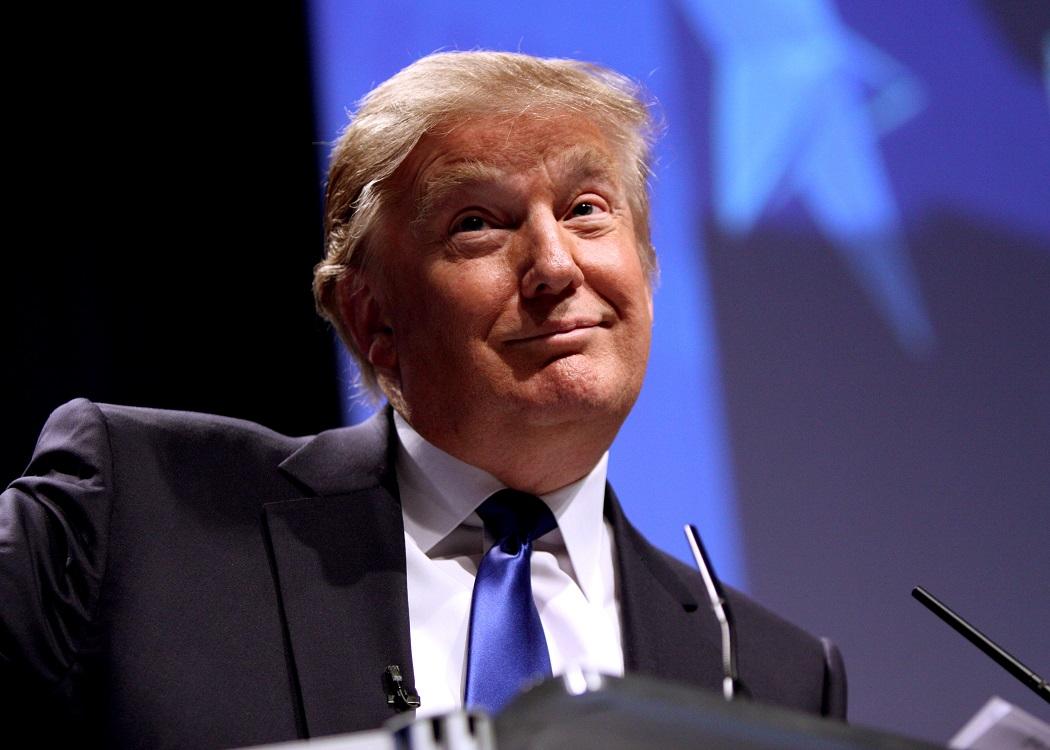 Andrew Smith, an Edinburgh-born Labour party member now living in London, says Donald Trump is a skilled politician and warns against dismissing him in the US presidential race

THERE'S no way that Donald Trump can win. He’s too polarising and divisive. There’s no way he’ll get the votes of minorities, and he has a ceiling of 35-40 per cent. He won’t just lose, he will be humiliated. If these arguments sound familiar it’s because they are.

They are the exact same arguments that were being made nine months ago as to why he would never get the Republican nomination, let alone become president of the United States.

The same 'experts' who were wrong then are trying to tell us he can’t win now, but are they on any better ground this time?

Needless to say, Hillary Clinton is still the favourite, but Trump definitely has some grounds for optimism.

Earlier this year I wrote a piece on why Trump would win the nomination , and why there was an outside chance he could win in November. A lot of water has gone under the bridge since then, but where does it leave the contest?

Needless to say, Hillary Clinton is still the favourite, but Trump definitely has some grounds for optimism. First of all, it cannot be stressed enough that Clinton is not a great candidate. In fact, she’s a very bad one, especially for this election and this electorate. Even among Democrats there is little enthusiasm for her.

The fact she has spent the last five months locked in a two-way contest with a little known and elderly socialist senator is a sign of her weakness, and a sign that she can’t take their support for granted.

In comparison, Trump may have benefited from a divided Republican establishment, often winning with a minority of votes, but he has mobilised a whole new base and brought millions into the party.

Republican turnout in the primary process was up 60 per cent on 2012 , with 8.7 million new people taking part. Whereas, Democrat turnout is estimated to be down by approximately 20 per cent on their last comparable contest in 2008 .

First of all, it cannot be stressed enough that Clinton is not a great candidate. In fact, she’s a very bad one, especially for this election and this electorate.

Trump will be able to spend the next two months trying to build bridges with the GOP, but Clinton is likely to be in the trenches until California and possibly all the way to the convention . There is little risk of Bernie Sanders winning, or of his supporters moving en masse to Trump, but apathy will be the real enemy, with roughly one third saying they can’t see themselves voting for Clinton .

A second key point is about the role of the media. Obviously, Clinton vs Trump is going to be a big ratings winner for cable news, but only if it is a proper contest and not a one-sided walkover.

With that in mind, we can expect a new narrative to take shape. The billionaire mogul will be presented as an anti-establishment underdog fighting against a powerful elite and corrupt system, while Clinton is cast into defending the status quo at a time when less than one third of Americans feel the country is 'on the right track'.

On the face of it, it’s not an unfair criticism. He has been outside of politics for the last 30 years, despite funnelling money to politicians on both sides (including Clinton, who went to his wedding because he gave her a donation ). At the same time, she has spent the last two decades in Washington, having lived in the White House as first lady, served as a senator and done a term as secretary of state. She is the continuity candidate at a time when all of the polls show that most people don’t like the status quo.

Trump may have benefited from a divided Republican establishment, often winning with a minority of votes, but he has mobilised a whole new base and brought millions into the party.

To an extent, this dynamic is already shaping the race. A recent study found that Clinton has received more negative pieces, and a smaller proportion of positive ones , than Trump or Sanders. One reason for this is because she is the favourite, and as long as she stays in front we can expect this kind of added scrutiny to continue.

The other side of the equation is free publicity and time spent in front of cameras. Trump knows the media and has set and dominated the political agenda from day one. The entire Republican primary process was fought on his terms. Trump has 'earned' more than twice as much free press as Clinton , and there is no reason to expect that to change.

Of course, one of Trump’s biggest weaknesses is that he is deeply unpopular with ethnic minority voters.

Predictably, Trump’s support among Latino voters is abysmal , but so is turnout, with only 48 per cent voting in 2012 . Regardless, the states Trump is hoping to win are not those with large Latino populations.

Of course, one of Trump’s biggest weaknesses is that he is deeply unpopular with ethnic minority voters.

He is looking to redraw the electoral map by targeting Ohio, Pennsylvania, Michigan and other industrial states, where his anti-establishment message of jobs and protectionism is likely to go down better.

A big challenge for both candidates is that they have been in the public eye for decades, and many voters will have already made up their minds about them. Not only that, but they are both very divisive and have high unfavourable ratings. In fact, they are the two least popular presidential candidates of the last 40 years .

We already know about most of Trump’s scandals as they’ve been chewed over and dissected in what was a bitter and divisive nomination process. However, the Democrat debates have been comparatively gentle, and left a lot of mud for Trump to throw.

Over the next six months we can expect a no-holds-barred campaign in which Paula Jones, Genifer Flowers and Monica Lewinsky all become household names. On top of that, we can also expect Whitewater, Iraq, Benghazi and email security to become major talking points.

The aim won’t necessarily be to win over new supporters to Trump, but rather to turn them against the Clintons and depress turnout.

Trump is not an unhinged buffoon, he is a skilled and calculating politician and a shrewd media operator, and that’s what makes him dangerous.

The reason is simple. In a contest between two unpopular candidates, maximising turnout, motivating base voters and setting the terms of the debate will all be crucial, and there’s little reason to think Clinton is better at any of these things than Trump.

Will Trump be the 45th president of United States? The speed and scale of demographic change, the extent of Republican splits and his toxic polling with women make it unlikely. But is his loss a foregone conclusion? Definitely not.

Trump is not an unhinged buffoon, he is a skilled and calculating politician and a shrewd media operator, and that’s what makes him dangerous. You can’t beat 16 other candidates across a 50-state contest by accident, it takes skill.

One reason he has got this far is because he has been consistently underestimated. The American left can’t let it happen again.