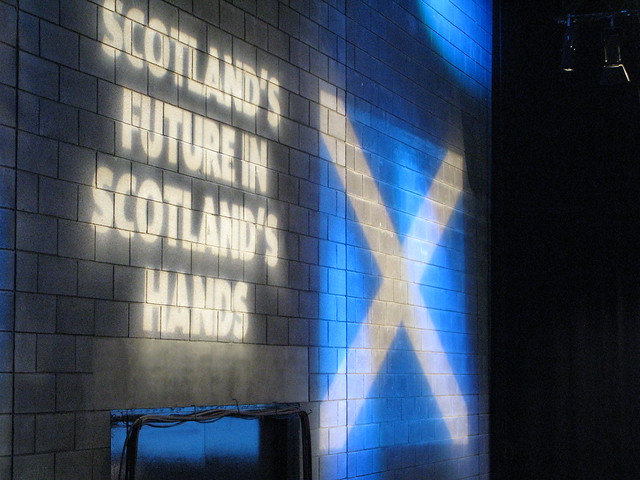 Andrew Smith (@Andrew_Graeme), campaigner and blogger, urges the SNP’s big win at the European Parliament elections to be treated with caution by Yes activists, understandably eager for a second independence referendum

TO GET the obvious point out of the way, the SNP had a very good election night. The party got its highest ever vote share in a Euro election, with a 10 point gain since 2014. It won a record 3 MEPs and was less than 1000 votes away from winning every local authority in Scotland. It won almost everywhere, and was the dominant party in parts of the country that are far from natural territory. The point of this article isn’t to question or dispute any of those points.

Now that the stuff we can all agree on is out the way, there are also good reasons why the election results should be a cause of concern for those of us that support independence. The SNP vote share, as good as it was, particularly for a party that has been in power for 12 years, was barely any higher than in 2017 when (against far stronger opposition) it had what many would consider a somewhat disappointing night. It was also 7 points down on the majority-losing vote share of 2016.

So where did those votes go? It doesn’t seem that many went to the Green Party, who, despite a Sunday Mail endorsement and a surge across Europe, only saw a minor increase in its vote.

In total, pro independence parties got 46 per cent. To reiterate my earlier point again, this is a very good vote. But is it enough to comfortably guarantee a pro-independence majority in 2021 or to conclude that Brexit has seen any significant increase in support for Scottish independence?

Of course, many would point out that this wasn’t a referendum on Scotland’s constitutional future. However, there is no doubt that its shadow loomed over the elections. Only two weeks prior to votes being cast, the First Minister, Nicola Sturgeon, called for a second independence referendum to be held by 2021. It is a demand she has reiterated in the aftermath of the results, with the Scottish Government publishing its referendum bill today [29 May].

Equally, many might conclude that a lot of pro-independence voters may have backed other parties, although, with Labour and Tories in a complete mess and the Lib Dems pursuing the same police as the Scottish Government, it’s not clear why that would be. Yes, some may have backed the Brexit Party, but, at the same time, its also reasonable to assume that a chunk of pro-union supporters will have backed the SNP because of its stance on Brexit.

There was of course a lower turnout than in Scottish elections or independence referendums, but it feels wrong to conclude that this disproportionately affected people that would otherwise be voting for the SNP or Greens.

Yes, it could be argued that affluent areas tend to turn out in stronger numbers than less affluent areas, and it is the latter that are most likely to support independence. This is true, but the SNP and Greens often do well in affluent areas, and the link between income and how people voted in 2014 is often overstated. In any case, the turnout in EU Remain areas was also higher, and these areas are more likely to vote for Remain-supporting parties like the SNP and Greens.

READ MORE: Analysis: Labour suffers from failure to learn the lesson of 2014 about constitutional politics

In the aftermath of the Brexit vote, I wrote a piece for this website challenging the widely held notion that it would really see any lasting upsurge in support for independence. So far the evidence suggests my skepticism was well placed. Yes, support for independence seems to have hardened, with 40 per cent becoming a base level of support and some polls showing up to 46 per cent in favour. However, and crucially, no poll since 2017 has actually put Yes in the lead.

One outcome of the constant speculation about when another referendum might come is that it has put on hold a lot of the post-mortems and analysis as to why Yes lost in 2014. There have been exceptions, although it’s fair to say that the Growth Commission report in particular has been divisive within the Yes movement and hasn’t really had the chance to influence the wider public debate.

The focus right now should be on speaking to as many pro-union Scots as possible and finding out where they stand now. It may well be that many more are inclined to give Yes more of a hearing, but, especially with some of the assumptions the 2014 White Paper now looking a tad optimistic, and Brexit highlighting the problems of promising too much during campaigns, it’s not unlikely that a widespread risk aversion may kick-in.

Many have criticised the Scottish Government for being too timid and cautious. My concern is that the Government may be pushed into demanding a premature referendum at a time when it cannot be won. With the Brexit fall out, the upcoming Alex Salmond trial and other big unknowns on the horizon, it’s not totally clear where the path to 51 per cent comes from.

This article is not meant to read as doom, gloom and naysaying. It’s more of a call for caution. None of this is to question whether or not Holyrood should have the right to call one whenever it wants (which I believe it should), but whether the next 18 months is a wise time frame.

Another lost independence referendum would likely kill the issue for the foreseeable future. My concern is that many of us that support Yes probably want it even more than in 2014, but its not our minds that need to be changed. Last year, Nicola Sturgeon talked about the need to highlight the WHY of independence and not the WHEN of it. That still seems like pretty sensible advice to me.

CommonSpace is entirely funded by small, regular donations from you: our readers. Become a donor today to support our work.