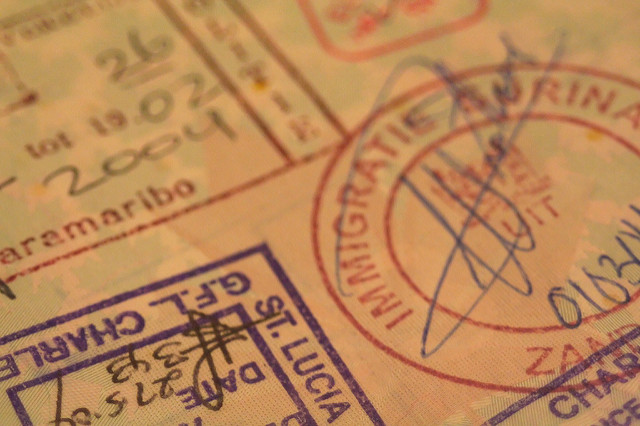 “We are so much stronger for the diversity that shapes us. We are one Scotland and we are simply home to all those who choose to live here.”

THE tolerance of Scots politicos has come under scrutiny over the last few weeks following the aftermath of Sadiq Khan’s somewhat misguided speech to the Scottish Labour Party conference – in which he appeared to equate support for independence with prejudice and racism.

The fallout was predictable, with social media taking up the argument. It hit its zenith following a Guardian article by Claire Heuchan, a PHD candidate at the University of Stirling, which saw her temporarily leaving Twitter citing racism and abuse.

There are a lot of things to question about the article, but Scottish attitudes towards race and migration definitely warrant consideration.

With Brexit talks about to get under way, any future referendum is likely to be fought based on Scotland either maintaining EU membership or having to re-apply for it.

Does Scottish nationalism have the “small and inward-looking” streak that Heuchan suggests, or is it the open and accepting vision put forward by Sturgeon and her colleagues? More to the point, how reflective is it of Scottish people? What is Scotland’s attitude to multiculturalism and diversity?

It looks increasingly like we’re about to find out. With Brexit talks about to get under way, any future referendum is likely to be fought based on Scotland either maintaining EU membership or having to re-apply for it, but it also means it is almost certain that the Yes campaign will be explicitly arguing for more open borders and a greater number of migrants than whatever the UK’s negotiations come back with.

Of course, one could argue that if Scotland considered the status quo to be intolerable then it wouldn’t have voted overwhelmingly to stay in the EU. And that would be a perfectly valid point. But is it seen as a good thing or merely a price worth paying to stay in Europe as part of the UK?

So where does Scotland sit on the question of migration? Putting aside the polls that only include Scots as a small sub-section of wider UK polling, there is a distinct lack of research on the question. However, the most authoritative studies I’ve seen paint a mixed picture.

In 2014, the Oxford University Migration Observatory found that although a majority of Scots wanted less migration (58 per cent), more thought immigration to be beneficial to Scotland (49 per cent) than those who thought it detrimental (32 per cent). Although the numbers were similar, it is perhaps unsurprising that it was found to be a lower priority issue (fourth out of 13 options) than it was in England (where it was second out of 13 options).

It also means it is almost certain that the Yes campaign will be explicitly arguing for more open borders and a greater number of migrants than whatever the UK’s negotiations come back with.

In 2015, a YouGov poll for the BBC found that 49 per cent of Scots wanted less migration, with a further 15 per cent wanting it stopped altogether. As in 2014, the top-line numbers were very consistent with those south of the border.

Another thing the polling has consistently found is that there is a clear crossover between people’s views on migration and their views on the constitutional question. The Oxford University study found that those who support restrictions on migration were also considerably more likely to vote No. This is supported by additional YouGov polling into attitudes towards identity, which found that in almost all scenarios the definition of Scottishness supported by No voters is significantly more restrictive than those supported by Yes.

On the face of it this isn’t unexpected. The parties, movements and civic groups advocating for No tended to be the kind that you’d expect to favour more conservative immigration policies than those campaigning for Yes. But these numbers only tell part of the story.

Not all independence supporters believe in a more liberal approach to immigration, far from it. Survation polling from 2014 found that a large majority of Yes voters wanted to see cuts in immigration (62 per cent) although this was notably fewer than the corresponding figure for No voters (73 per cent).

Perhaps unexpectedly, a clear majority on both sides of the constitutional divide also wanted to see far tougher welfare rules for those entering Scotland and a cut to the international aid budget.

Perhaps unexpectedly, a clear majority on both sides of the constitutional divide also wanted to see far tougher welfare rules for those entering Scotland and a cut to the international aid budget.

This makes it even more remarkable that despite the potentially hostile backdrop, the SNP and the broader Yes campaign has consistently argued for a more open migration policy. To their credit, Sturgeon and her colleagues have never defined Scots in the ‘blood and soil’ way that was caricatured by Alistair Darling in 2014.

On the contrary, the leadership, like most activists, have consistently taken a far more pro-immigration stance than actual Yes voters, and it’s hard to see that changing in the years ahead.

What of Better Together 2.0? How will the next No campaign approach the question? After all, a cut in immigration would be almost impossible in a Scotland that intended to stay in or re-join the EU.

Is it an issue they will attempt to weaponise? Obviously, part of this will depend on who is running the campaign, and part of it will depend on the circumstances created by Brexit. But as Brexit takes effect we certainly can’t take for granted that it won’t be used, particularly with the Tories having replaced Labour as the official opposition.

How would Yes respond? This makes me think back to last year when the Tory government announced a policy that would see companies listing numbers of migrant workers. The following day, Scots Tweeters made #WeAreScotland trend. It was a positive social media campaign that sang the praises of migration and multiculturalism.

Scots from across the world joined in, but was it more reflective of the Scotland that exists in the here and now, or of the one many want to see?