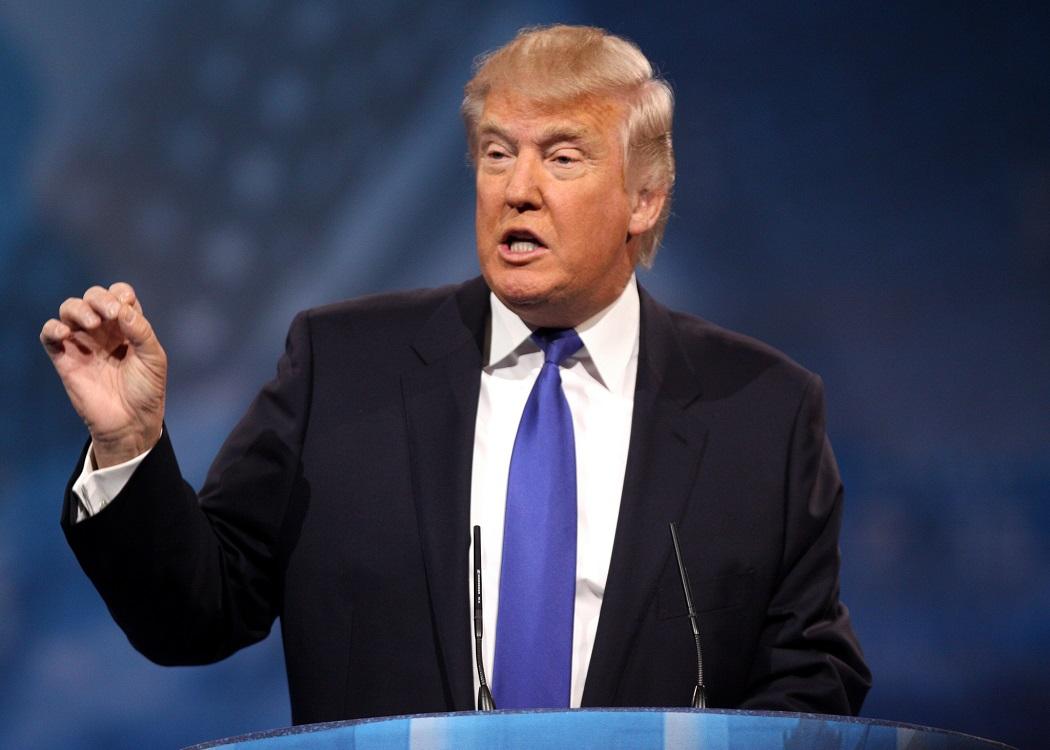 HE may have provoked petitions and occupations of his hotels, but Donald Trump could be well on his way to the White House.

I’m getting worried. It was never meant to be like this.

For months now, the so-called experts have been telling us not to worry and assuring us that Trump is on the verge of implosion : if he wasn’t calling Mexicans immigrants, rapists and drugs dealers he was criticising veteran senator John McCain for having been captured in Vietnam .

Any one of these controversies could have destroyed any normal presidential campaign. But this isn’t a normal campaign.

Then there was the time he said sexist things about a Fox News anchor . And of course, who could forget the time he called for a ban on all Muslims, almost a quarter of the world’s population , from entering the United States?

Of course, the pundits had a point. Any one of these controversies could have destroyed any normal presidential campaign. But this isn’t a normal campaign. Ever since the brash and bombastic launch event, during which Trump boasted of his immense wealth, claiming to be worth $9bn , and pledged to make Mexico pay for a wall to keep its people out of the US , it has been a campaign unlike any other.

Most presidential candidates try to market themselves as an everyman who can relate to normal people, but he doesn’t even attempt to do that. His campaign has been based on glitz, glamour, exceptionalism and his supposedly unique business acumen.

His message is simple: he’s tired of “political correctness” he’s tired of “stupid people” and he wants to “make America great again”. The novelty was meant to have worn off by now, but all of the momentum is with ‘The Donald’.

Trump’s lead is big and has been sustained for months. Furthermore, much of his opposition is coming from the other ‘anti-establishment’ candidates. The most recent poll for Fox put tea party favourite Ted Cruz and maverick neurosurgeon Ben Carson in second and fourth places respectively . Are Cruz and Carson supporters really likely to embrace Marco Rubio or Jeb Bush?

The novelty was meant to have worn off by now, but all of the momentum is with ‘The Donald’.

Recent polls put Trump at around 35 per cent on average , with the total support for him and the other anti-establishment candidates reaching 62 per cent. The ‘moderate’ vote is still split, with only one candidate, Rubio, even breaking into double figures.

One big reason for this is because, whether we like it or not, Trump is interesting. In a crowded field he’s the one that stands out. That’s why he’s spent far less than Bush and the other establishment candidates .

Many of the others have blitzed the early states with advertising and broadcasts, but Trump has focused on setting and leading the news agenda. It’s certainly worked. A recent study found that Trump is getting more than three times as much news coverage as his rivals .

The first state to vote will be Iowa on 1 February . Current polls suggest it’ll be a tight fight between ‘The Donald’ and Ted Cruz . The momentum may be with Trump, but even if Cruz wins it wouldn’t really alter anything. Iowa tends to vote against the national grain, with evangelical conservative Mike Huckabee winning in 2008 and Rick Santorum in 2012.

New Hampshire and South Carolina will be different ball games, with demographics and polling favouring Trump. Should Trump win both then it will be the perfect springboard for him to fight a strong national campaign on ‘super Tuesday’ (1 March) in which 12 states will vote simultaneously.

In theory, a nomination process can take up to nine months, but there is a strong likelihood that Trump will have the nomination all but confirmed by the start of April, with other candidates being forced out by poor polling, poor returns or not enough money.

One big reason for this is because, whether we like it or not, Trump is interesting. In a crowded field he’s the one that stands out.

But even if he secures the nomination, can he really become president? Conventional wisdom tells us no, but it has been wrong about a lot of things lately.

It tells us that a lot of Republican voters like Trump, but many Democrats can’t stand him, and he can be quite divisive among independents. For all of his talk about being a unifier, the polls suggest that a majority of the electorate views him unfavourably .

Having said all of that, Hillary Clinton, who despite the rise of Sanders is still the likely Democrat candidate, has problems in this department too. She comes with 40 years of political baggage and inconsistencies.

Assuming she is the nominee, she’s almost as divisive as Trump is . She has trouble ‘firing up’ the Democrat base, and the longer the contest has gone on the less favourable people’s view of her has become .

560,000 people may have signed a petition to keep Trump out of Britain, but it’s looking increasingly like his next trip might be a state visit.

When Trump entered the race seven months ago we were all told he had no chance of even winning the nomination. Now, with a week to go before the first votes are cast, even the Republican establishment is starting to warm to him .

In the run up to November the contest will only become more partisan. If Trump is the nominee, the Republicans with reservations will quickly fall in line. Some of them will hate him, but she’s a Clinton, so they’ll hate her even more.

560,000 people may have signed a petition to keep Trump out of Britain, but it’s looking increasingly like his next trip might be a state visit.