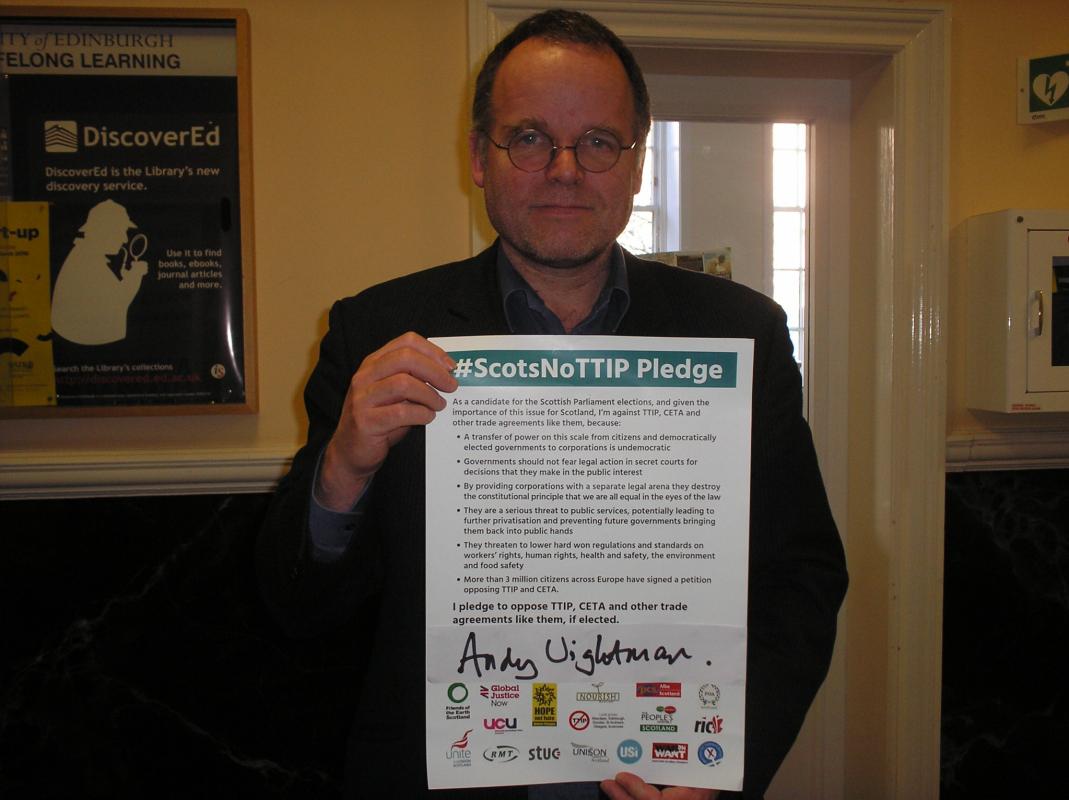 Scottish Green MSP Andy Wightman is raising £120,000 to defend himself against a defamation action

ANDY WIGHTMAN MSP has raised £100,000 for his defence against a massive defamation action brought against him.

9 hours to go and we’ve just made the £100,000 mark. Immensely grateful for all your sharing & donations. https://t.co/bPxPf8Jrzw

Full details of the case cannot be disclosed for legal reasons, but Wightman could face bankruptcy if the £750,000-plus interest defamation action brought against him by Wildcat Haven Enterprises is successful.

The MSP is being sued over two articles he wrote on his land reform blog between 2015 and 2016, and his case has attracted supporters across the political spectrum.

Politicians and campaigners from the SNP and Scottish Labour have donated to the Green MSP’s defence fund and supported him publicly.

So far he has raised just under £100,00 of his £120,000 target. If Wildcat Haven Enterprises succeed, Wightman may be forced to step down as an MSP due to Holyrood rules which exempt a bankrupted person from sitting as an MSP.

Wightman has been supported by Scottish PEN, who campaign for freedom of expression and defamation reform.

Writing online they said: “Defamation law can stifle public debate & legitimate criticism. There is no better example than the legal action brought against Scottish PEN member, [Andy Wightman]. If you can, please support his defence…”

The case will be heard over eight days at the Court of Session in October 2019, according to the MSP.

One of the true heroes of our age, @andywightman, is being sued under our outrageous, antiquated libel laws, and faces bankruptcy if he cannot pay the court costs. I’ve just contributed to his Crowdfunder appeal. Please join me: https://t.co/InA4ZUU72V

If Wightman defends himself successfully, he will be entitled to claim back his legal costs from Wildcat Haven Enterprises. In this event he has pledged to return money to those who donated.