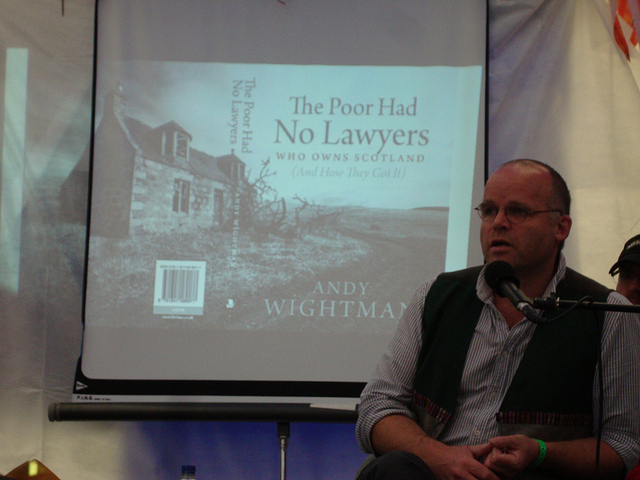 ANDY WIGHTMAN MSP, housing spokesperson for the Scottish Greens, cemented his ‘Homes First’ campaign launched earlier this week with a debate in the Scottish Parliament on Wednesday on the rapid, unregulated growth of short-term lets in Scotland.

Calling on the parliament to recognise the anxiety and distress caused to communities by the rise in short-term lets, the motion debated called upon parliament to recognise the Homes First campaign, as well as calling on all parties to bring forward “planning, fiscal or regulatory measures to enable local government to provide effective controls” over the conversion of residential properties into short-term lets.

Opening the debate, Wightman said: “It is in Edinburgh that the phenomenon has taken off and where the implications of that unregulated market are causing severe distress that affects the quality of life of my constituents.

“The implications include antisocial behaviour in communal areas; a loss of community as speculators buy up properties and turn them into short-term lets; mental ill health, including anxiety and stress, that is associated with not knowing who is coming and going; the displacement of the residential population when homes are acquired as lucrative short-term lets and residents who remain are left to decide whether to stay; a tax gap, as thousands of properties are not on the valuation roll and their owners do not pay non-domestic rates; and concerns about security, as keys are distributed to hundreds of unknown people every year, allowing access to residential areas.

“A modern-day clearance is under way, as long-established communities are torn asunder in the face of global market forces.” Green MSP Andy Wightman

“A modern-day clearance is under way, as long-established communities are torn asunder in the face of global market forces. Across the rest of Scotland, too, change is under way in towns and rural communities as the new wave of cheap travel disrupts local housing markets.”

Observers in the gallery caused sufficient commotion in reaction to Wightman’s remarks that the presiding officer was required to instruct them not to cheer or boo during parliamentary proceedings.

Ben MacPherson, SNP MSP for Edinburgh Northern and Leith, remarked that he had also heard concerns from constituents regarding short-term lets and their associated problems, and had been in correspondence with Housing Minister Kevin Stewart and City of Edinburgh Council in an effort to resolve them.

However, MacPherson argued that it was his “strong view is that that must happen on the basis of robust empirical evidence and consideration to ensure that any new initiatives are robust and effective”.

Wightman responded by asking if MacPherson did not accept “that the voluminous testimony that I have received is, if not statistically verifiable, sufficient as evidence to suggest that change is needed in the way that properties are used as short-term letting businesses?”

“Local authorities have quite comprehensive powers to deal with antisocial behaviour and noise nuisance; I expect them to use those powers effectively.” Housing minister Kevin Stewart

Answering Wightman’s concerns directly, Kevin Stewart said: “None of us wants to see a situation in which an increase in short-term lets leads to displacement of residents or the erosion of communities.

“Accessibility to and ease of technology have led to the increase in online platforms that have made it much easier for individuals to market their accommodation. That has broadened the type of accommodation that is available for visitors to Scotland and elsewhere around the world.

“However, we must be aware of the downsides to the growth in short-term lets that we have heard about today and previously, which give rise to concern. Antisocial behaviour, noise nuisance, loss of the sense of community, loss of amenity in areas and other potential negative impacts on the fabric of our towns have all been discussed in the debate.

“Local authorities have quite comprehensive powers to deal with antisocial behaviour and noise nuisance; I expect them to use those powers effectively. As recently as 2011, parliament agreed to the Antisocial Behaviour Notices (Houses Used for Holiday Purposes) (Scotland) Order 2011.

“I wonder how often that order is being used in Edinburgh and elsewhere, so I challenge local authorities to consider using it and other antisocial behaviour powers, as well as the powers in relation to noise and environmental health that are currently at their disposal.

“I urge local authorities to use those powers to deal with some of the difficulties that folk are facing.”

According to the Home First campaign, in Edinburgh alone, figures from September 2017 showed that there are at least 5,474 whole properties in the capital available for short-let.

“The rapid rise in short-term lets is starting to undermine the basic human right to housing.” Green MSP Andy Wightman

The Homes First campaign has also collected testimonies including those of an elderly couple who feel insecure due to a neighbouring flat that receives a reported 120 visitors a year, local residents threatened by the drunk occupants of a short-term let following a noise complaint, and reports of consortiums of investors out-bidding families for residential property, which was them converted into short-term lets in defiance of planning permission and the title deeds, which would prohibit a change of use for business purposes.

Wightman’s latest briefing paper on the subject also highlighted the fact that during 2016, the City of Edinburgh Council received complaints of antisocial behaviour in 41 short-term let properties, which it took officials an average of a year to fully investigate.

Wightman and the Homes First campaign have variously considered or advocated the creation of a new Use Class Order by Scottish ministers, which would require planning permission to operate short-term lets in residential property and give additional powers over such lets to local councils, and an extension of the current Landlord Registration scheme, so that short-term let operators would face similar tests to regular landlords.

Speaking at the launch of the Homes First campaign, Wightman said: “The rapid rise in short-term lets is starting to undermine the basic human right to housing.”