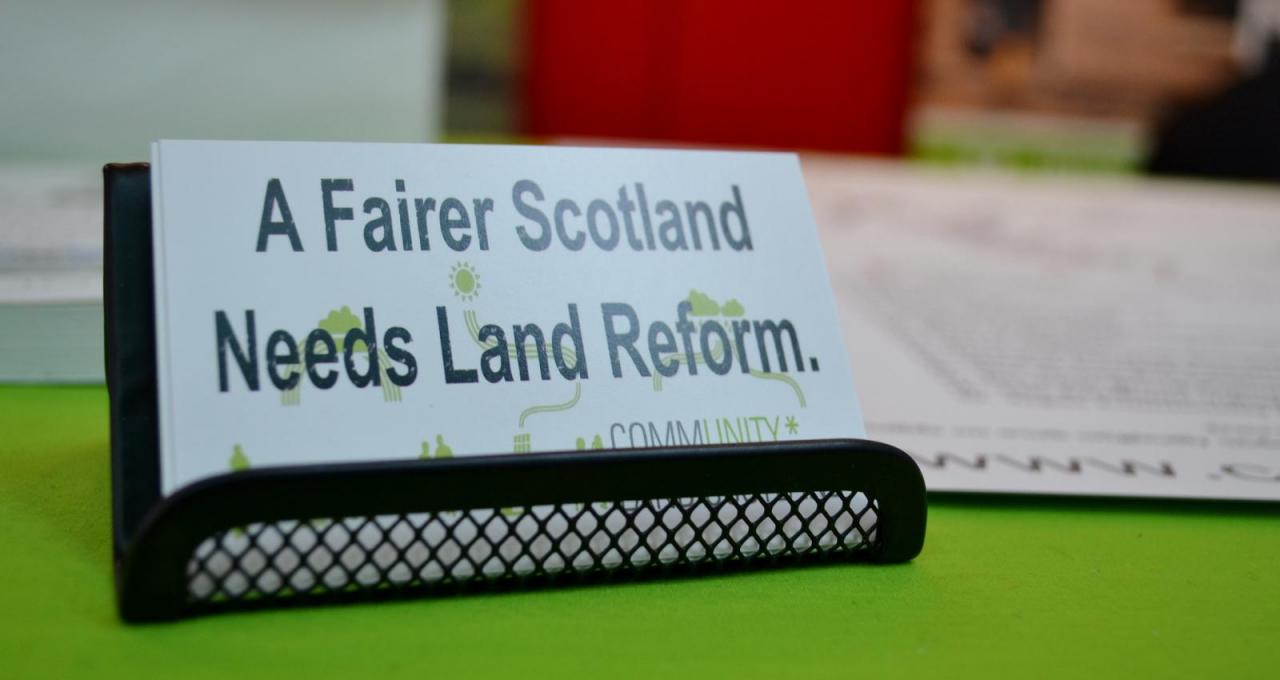 Land ownership knowledge is a “vital” step in opening up discussion

LAND reform activists can speed up the process of identifying land ownership in Scotland by requesting information from national databases and acting locally, in plans being developed by a leading researcher.

Andy Wightman, who has published several books on the history of land ownership and political reform, explained the proposal to CommonSpace at a conference in Glasgow.

“There’s a lot of information out there about the occupation, ownership, use and the value of land which is at the moment behind firewalls and hogged by bits of government and not shared,” Wightman explained.

“If we can get this information out – and I think we can – then information is power. If people can know and see that this piece of derelict land beside the Clyde is paying no rates at all and yet the florist or the newsagent is paying five or six thousand pounds, then people can ask questions about how we value land and ask why is this owner in Belfast or the Cayman Islands not paying anything?”

“So information opens u a conversation among the public and among politicians. So it’s vital.”

Scotland lags behind other European countries in terms of operating a functioning Land Register.

The Scottish Government proposals on land reform has opened up discussion of how best to improve the land system in Scotland, which has one of the most unequal distributions of land in the developed world.

The right to buy or use land – for communities and individuals – is complicated by a lack of public ownership information. This can create protracted legal disputes or allow offshore companies to store wealth in derelict land that could otherwise be used for economic or social purposes.

Earlier this month the Minister for Land Reform, Aileen McLeod, told CommonSpace that it was “very important to make sure that land reform is benefiting both our urban and rural communities.” (click here to read more)

Only 28 per cent of Scotland’s land mass is registered and only 58 per cent of total properties. The Land Registration Act came into force in December 2014, as the government plans to register all public land within five years and all private land over a decade.

However, at the Scotland Land Revenue Group conference there was scepticism over whether the registration task could be completed, even over a 10-year timeframe.

Wightman expressed hopes that campaigners could access a range of public bodies that hold information on land ownership and values to contribute to registration.

While national agencies have a part to play, local community groups can also generate knowledge on land ownership.

“The first thing I would do is sit down in your community and try to work out who owns the land round about you,” Wightman recommended.

The Scottish Government is currently considering the responses to a consultation on the registration of land in Scotland.