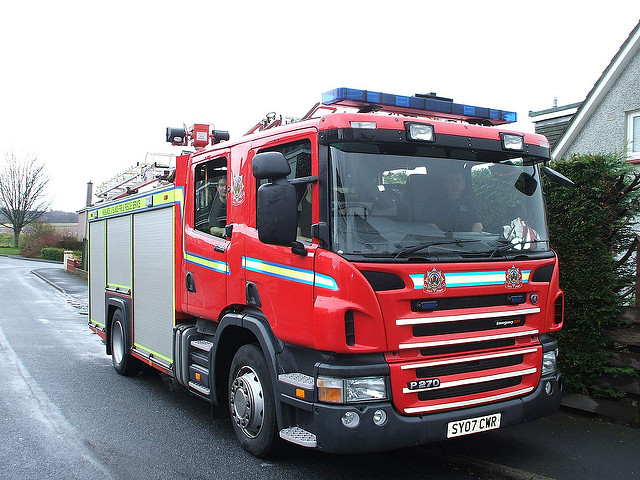 MEMBERS of the Fire Brigades Union (FBU) Scotland have passed a unanimous vote of no confidence in Scottish Fire and Rescue Service chief officer Alasdair Hay and his senior leadership team at an emergency committee meeting.

Announcing the vote on the morning of 19 February, FBU Scotland said that the trade union had continually raised concerns regarding the availability of fire appliances, as well as the continuing reliance on overtime to crew those appliances.

The FBU reiterated that the SFRS has had “many opportunities” to resolve these issues, but stated that no “satisfactory” improvements had been made as a result. In consequence, a vote of no confidence was taken and passed.

“Our members are angry and disillusioned that their concerns have not been listened to.” FBU Scotland Regional Secretary Denise Christie

Speaking to CommonSpace, FBU Scotland Regional Secretary Denise Christie commented: “This vote of no confidence came directly from our members who are frontline firefighters working on fire stations and in operational fire control rooms. Our members are angry and disillusioned that their concerns have not been listened to. Those concerns include the unavailability of fire appliances and the continuing reliance of overtime to crew those appliances.”

“The FBU are aware that a public consultation is now underway on Service Transformation and are concerned that this has commenced before SFRS have successfully integrated all legacy Fire services practices and processes and standardised existing uniformed terms and conditions.

“We do not believe the creation of the Single Service has been successful and would ask the Service where the evidence is to show this.”

According the BBC, the SFRS responded by saying it was “perplexed” by the vote of no confidence, and its board has urged FBU Scotland to “put politics to one side” and “do what is right for their members and the communities they serve”.

FBU Scotland have reported that between 60-100 whole-time fire appliances are unavailable every day due to shortages of firefighters. On Christmas Day 2017, there were 27 ‘whole-time’ appliances unavailable, during what is traditionally a known period of higher risk for fires within dwellings.