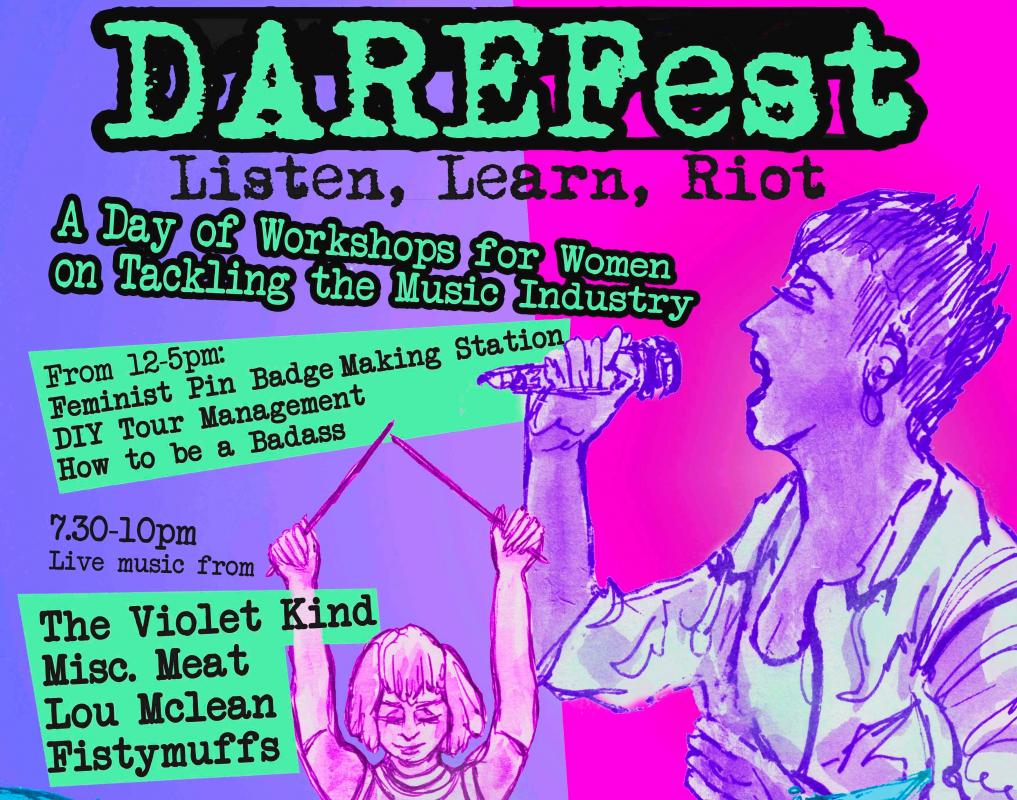 A DAY of workshops and music will be held in Edinburgh on Saturday 23 September, with the aim of empowering women to take on the music scene, where the organisers believe women are underrepresented and undervalued.

The inaugural DAREFest has been organised by Lou McLean and Ashley Stein (pictured below), two young musicians who met at Girls Rock School Edinburgh, which provides music workshops for women and non-binary people.

DAREFest will feature a feminist pin badge-making workshop led by Scottish Women’s Aid’s Speaking Out Project, workshops in tour management and verbal and emotional self-defence for women in music led by Stein and McLean, followed by a night of live music including The Violet Kind, Misc. Meat, Lou McLean, and Ashley Stein’s band, Fistymuffs.

“So many women are sitting at home wishing they could do something, but they are too afraid to do it.” Lou McLean

The founders spoke to CommonSpace about what the event is all about and why they felt it was needed.

Stein was well placed to help make the dream of a feminist festival a reality, with a degree in music business and past experience of working as freelance booking agent and running a monthly band night for female identifying, gender queer and non-binary performers called ‘Revolution Girl Style Now’.

Since then, Stein had wanted to create a larger scale event but had never found the right partner – until she met McLean. McLean, who recently won a public vote to headline at the fringe after releasing her first EP this year, said that her experience of Girls Rock School inspired her to set up the festival.

“It changed my life, seriously. Girls Rock School gave me a place and a community in which to address all the fears I had and overcome them,” she said.

McLean realised that her experience was not unique, and both she and Stein, who also attended classes at Girl Rock School, decided they wanted to help other women to build their confidence.

“So many women are sitting at home wishing they could do something, but they are too afraid to do it,” McLean said. “They feel disempowered, and there are a million different reasons for that.

“Empowering each other to take control of our lives is great fun. You can write songs, you can sing, you can play an instrument. You just need to give yourself permission,” McLean said.

“As women we are taught that so many things that are outright wrong are ‘just the way things are’.” Ashley Stein 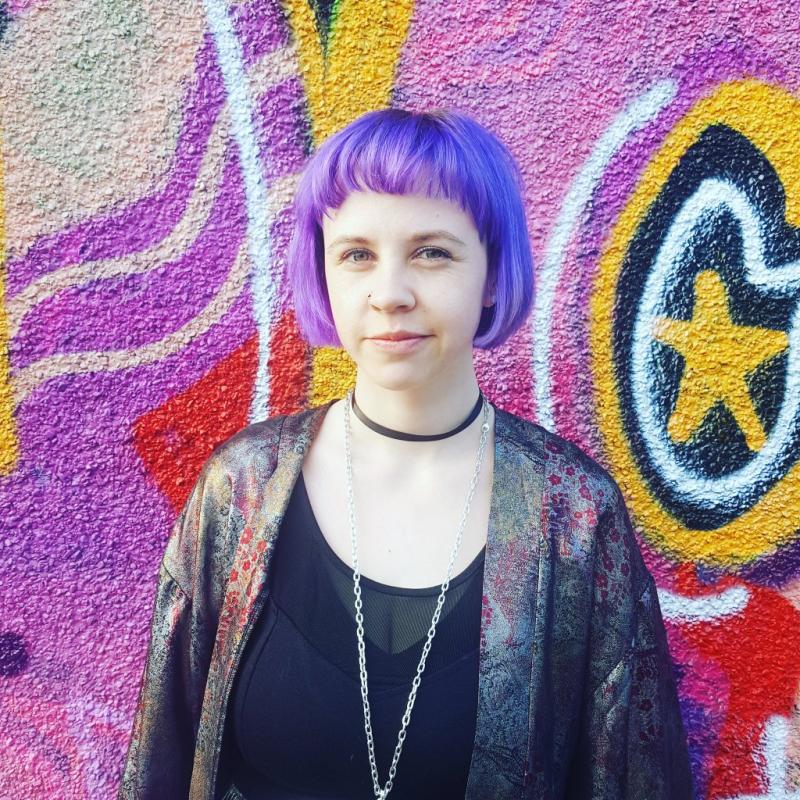 Both McLean and Stein saw a number of barriers to women entering the music scene, which they wanted to help break down. McLean said that women struggle to be taken seriously in music, and are often treated as “eye candy”.

McLean said: “I have had loads of sexist remarks made at me in the course of my music career and I do not accept it as ‘the way things are’.

“Even in taking a stand and calling out sexism, my experiences are denied. I’m told that it’s not as bad as I make out by men who have no experience of the sexism I have faced.”

DAREFest aims to help other women to challenge these- and other- prejudices, “by taking a stand we are saying that we don’t want this to continue,” McLean said.

The founders were also motivated into action by the growing awareness of sexual harassment and assault within the music industry and at gigs, with organisations like Safe Gigs for Women aiming to tackle the issue.

Stein said: “It can be so scary and hard to call people out [on assault]. As women we are taught that so many things that are outright wrong are ‘just the way things are’.

“So when something happens to you a little part of you doubts that you heard what you heard, you think maybe you misread the situation, or maybe you put yourself in danger.”

The founders felt that offering a community of women where these issues could be addressed openly would give more women the confidence to report such incidents where they occur.

“This isn’t just about girls learning to play the drums, it’s about building real community and sparking change.” Lou McLean

An important aspect of the gig being held on Saturday night, which will feature all-women bands, is to create “an atmosphere which has a zero tolerance policy on violence and sexism”.

Stein was also frustrated by seeing male music organisers claim that booking women headliners was not profitable due to consumer demand: “Aye, because only men go to festivals and only women can enjoy music by either main gender.

“Again, tired old excuses by men who are afraid of change. Nothing will be different even years from now with them in charge.”

This, Stein said, is why the pair realised that “the best way to get stuff done is to do it yourself. You have to create your own opportunities”.

“That’s what we hope DAREFest will inspire women to do; take down the music industry from the inside. Infiltrate, destroy, re-build,” Stein said. “Hopefully the music industry can expect to have a lot of angry women shaking things up and tearing down their archaic tendencies.”

McLean was keen to point out that the event – and future events which the pair hope to organise – is about feeding in to a wider movement of change, well beyond the music scene.

“We wanted to raise awareness and create networks of women who want to have a more active role politically too,” McLean said. “Music is a powerful force for change but I want to be clear that this isn’t just about girls learning to play the drums, it’s about building real community and sparking change.”

Tickets for the event can be booked here.