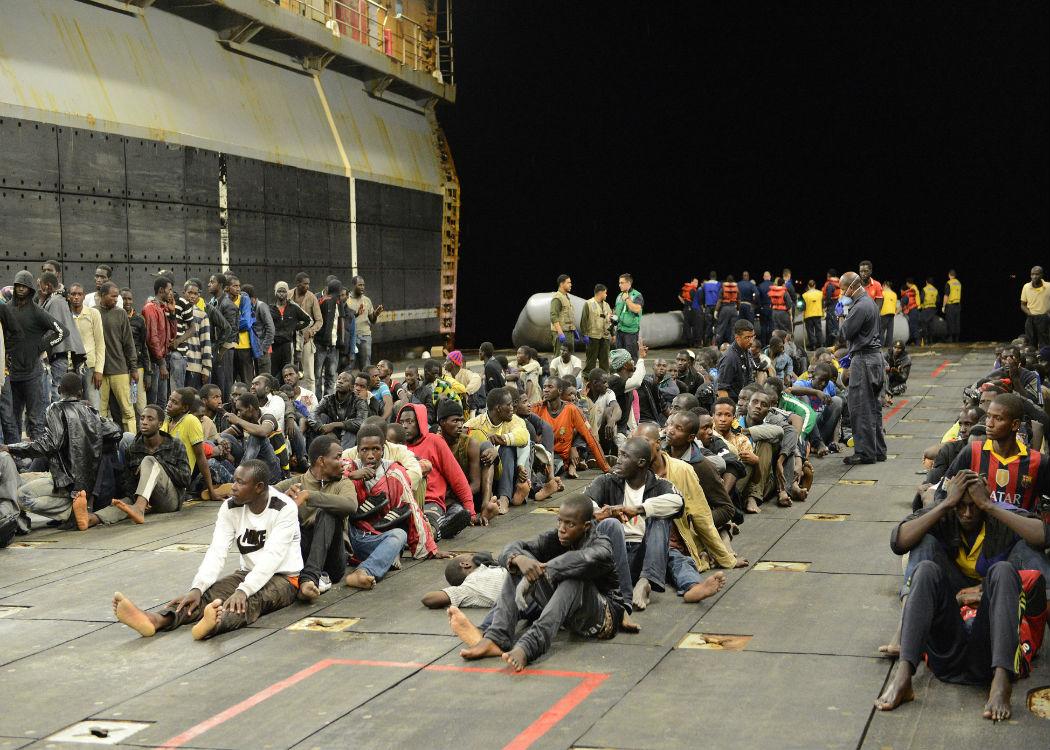 IN THE FIRST Prime Minister’s questions since the General Election, the SNP chose to challenge David Cameron’s record on the Mediterranean refugee crisis.

Thousands of people have died this year attempting to cross the Mediterranean Sea from North Africa into Europe.

The UK has decided against joining an EU programme to resettle migrants across member states and earlier withdraw support for the Mare Nostrum search and rescue operation, indicating that they believed it acted as an incentive to migrants.

“It is a stain on the conscience of Europe that thousands and thousands of refugees have been drowning in the Mediterranean.” Angus Robertson

However, after the crisis escalated following the drowning of over 1,000 people in the Meditteranean in April, the navy’s HMS Bulwark has been deployed to help with search and rescue missions.

The SNP’s leader at Westminster, Angus Robertson, argued that more needed to be done to help save lives.

“It is a stain on the conscience of Europe that thousands and thousands of refugees have been drowning in the Mediterranean when we could have saved lives,” Robertson said.

He continued: “Will the PM agree that the Royal Navy, Italian Coastguard and other European navies are now doing an essential task in saving lives, however more needs to be done including offering refuge and asylum to those who need it?”

The Prime Minister responded by saying that Britain had to “break the link between getting on a boat and achieving residence in Europe” in order to stop the crisis.

“What we need to do in order to solve this crisis is two things,” said Camerson. “

“We need to break the link between getting on a boat and achieving residence in Europe.” David Cameron

“One, we need a government in Libya that we can work with so that it is possible to return people to Africa and stop this criminal trade taking place.

“And second, we need to break the link between getting on a boat and achieving residence in Europe – that’s what needs to be done. In the meantime, everything Britain can do as a moral and upstanding nation to save lives we will do and we should be proud we are doing it.”

In a second question, Robertson attacked the UK’s record “appalling” record for taking in refugees from Syria.

“The UK has an appalling record on displaced civilians from the war in Syria.” Angus Robertson

“80 years ago the UK earned a reputation for accepting those who needed asylum and refuge like the Jewish children of the Kindertransport,” he said.

“Now in contrast, the UK has an appalling record on displaced civilians from the war in Syria and is not prepared to cooperate with European nations on accepting refugees rescued in the Mediterranean.

“Why does the PM think it is fair for Sweden and Germany to accept these refugees while the UK turns its back on them?”

Cameron responded by saying that Britain has “an asylum system and a record of giving people asylum in this country that we should be proud of. When people are fleeing torture and persecution, they can find a home here in Britain.”

Recent figures have shown that per head of population, Britain is taking in less Syria refugees than any other European country, except Belarus (click here to read more).

Commenting after the debate, Robertson said: “The UK government must act on this awful tragedy. We should be leading the EU in its approach to this at every opportunity – and the SNP will maintain pressure on the prime minister and the government to lead from the front on these totally avoidable scenes we see on TV on an almost nightly basis.”

As the third largest party, the SNP is guaranteed a role at PMQ’s every week for the duration of the Westminster parliament.