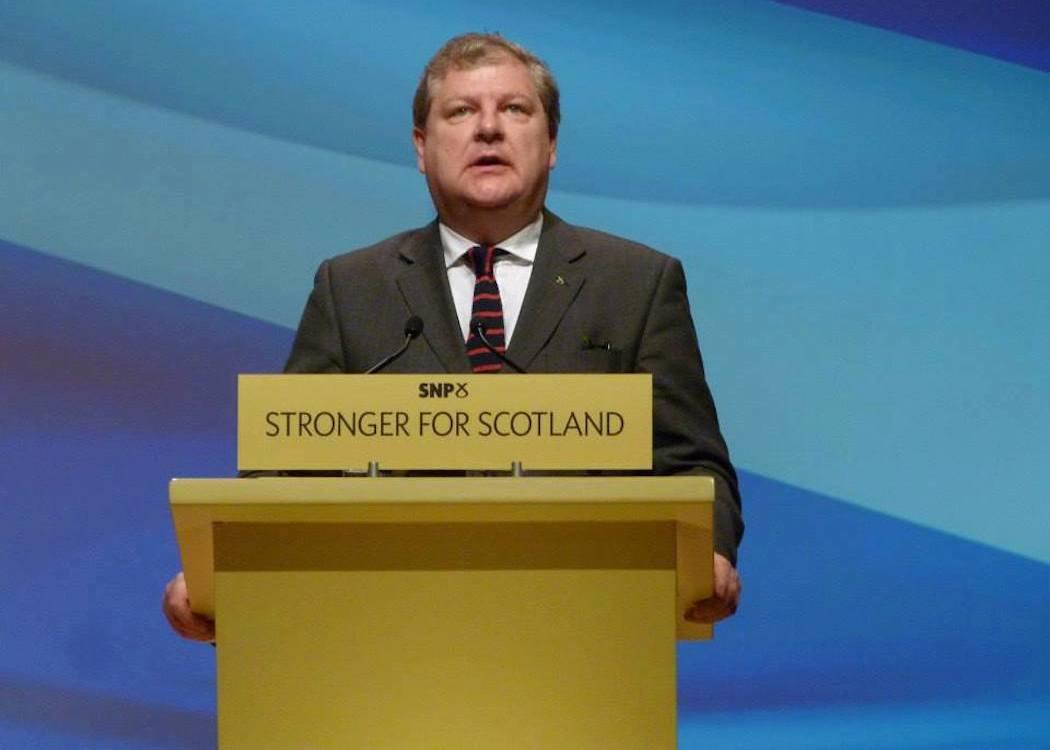 THE POLITICAL SYSTEM preventing peace and justice in Palestine and Israel is “not sustainable”, according to SNP Westminster leader Angus Robertson.

Robertson, a leading figure in developing the party’s foreign policy, criticised the Israeli Governments approach to the ongoing occupation of Palestine during an interview with Jewish News .

There has been growing pressure – including within the SNP – for greater diplomatic action since the bombing of Gaza in 2013, which killed 1,903 Palestinians including 450 children.

Speaking of the current failure to begin peace negotiations, Robertson said: “The status quo is not sustainable. There is tremendous frustration, a lack of understanding about the hardline attitudes of the Israeli government and what appears from the outside to be total procrastination to putting relations with the Palestinians on a positive footing.

“I feel the Israeli government has been losing the sympathy of a great number of people at home and abroad.” Angus Robertson

“I feel the Israeli government has been losing the sympathy of a great number of people at home and abroad because it’s not been prepared to deal properly with the issue of Palestinian self-determination and a two-state solution.”

CommonSpace research found that a majority of SNP MPs support the party’s ‘Friends of Palestine’ group, which seeks to build solidarity with those seeking a peaceful solution to the generational conflict.

Tommy Sheppard MP recently supported the Palestinian solidarity campaigners’ call for a boycott of goods from the occupied territories .

Recently the European Union voted to label goods from the occupied territories, recognising that the land is illegally held.

Robertson supported this move, adding: “One has to have transparency about these issues and not pretend the occupied territories are part of Israel. They are not – they are occupied. It’s entirely right that is made clear.”

The Scottish Government supports the recognition of Palestine as a state, whereas the UK Government abstained on the matter at the United Nations.