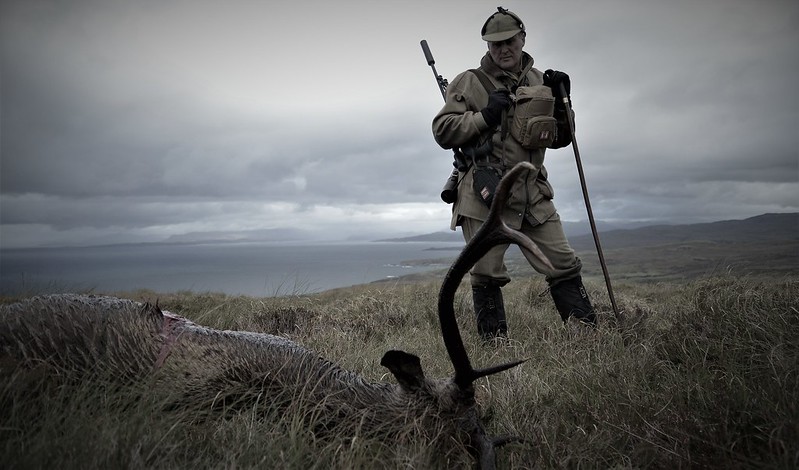 RED DEER populations in Scotland should be better managed according to a number of conservation groups, but animal welfare charities have called for non-lethal alternatives and condemned suggestions that .

A report by Scottish Environment Link [SEL] supported by a coalition of 18 groups – including RSPB Scotland, the Scottish Wildlife Trust and National Trust for Scotland – makes the case for statutory regulation to better manage Scotland’s red deer population.

The groups say the need for change is especially urgent in light of the climate and biodiversity crisis. However, animal welfare campaigners including the Scottish SPCA have responded by arguing that culls should only be considered as a last resort.

The situation in Scotland, where deer management is effectively left to landowners, is unique in Europe, according to the report, which says local and national authorities in other countries regulate and monitor deer hunting and culls.

Chair of LINK Deer Task Force Duncan Orr-Ewing said: “Sustainable deer management should not be regarded as just a marginal issue. It should actually be much more of a central consideration as to how we best manage tens of thousands of square kilometres of Scotland’s uplands to get the maximum public benefit, and it should be well integrated with other forms of land use policy.

“High deer impacts and other grazing pressures are damaging peatlands, halting woodland regeneration and expansion, and causing other costs to the public.

“By resolving these pressures, we will in a far stronger position to meet our climate change targets and reverse the alarming long-term decline in the biodiversity of our uplands. In this paper we have also set out the compelling economic case for a step-change in our approach towards deer management”.

The report also says the wider community could be encouraged to become more involved role in deer hunting as a method of population control. However, the League Against Cruel Sports Scotland described this suggestion as “wholly irresponsible”.

League Against Cruel Sports Scotland director Robbie Marsland told CommonSpace that whilst they accept there may be instances where culling is necessary, it should not be turned into sport.

Marsland said: “Using phrases like ‘opening up community access to hunting’ and positioning Scotland as somewhere that would benefit from ‘a larger number of recreational hunters’ is a wholly irresponsible attitude to a process which should be science-based and carried out with the highest of welfare standards.

“Encouraging anyone, regardless of experience and training, to go into the countryside and shoot deer for recreation is absolutely not in the best interests of the deer and will only result in higher levels of wounding and suffering. It is staggering that anyone would think this is a sensible approach to controlling deer numbers.”

Concerns about the need to explore non-lethal alternatives were echoed by the Scottish SPCA, whose chief superintendent Mike Flynn told CommonSpace: “We firmly believe culls should only take place to protect the public or for animal welfare reasons.

“The welfare issues that can arise can be due to over-population in certain areas. This can lead to the starvation of deer in poor conditions.

“In areas where there are no welfare concerns, we would expect every alternative option to deter or exclude deer from land to have been exhausted before lethal action is taken.

“All stalking should be carried out by trained people with the necessary firearms licence and landowner permission.

“We would expect culls only to occur as a last resort.”

Also speaking to CommonSpace, Bob Elliot, director of the anti-cruelty campaign charity OneKind said: “No matter how the argument is phrased, ‘management’ means killing sentient wild animals who are simply surviving in our shared environment.

“OneKind believes that the only justification for killing deer would be if it helps to protect the welfare of the individual deer involved.

“Given the number of voices calling for control of the deer population and its likely implementation, we urge the authorities to maximise the use of non-lethal methods,  These would include habitat management – for example, increased woodland cover would provide deer with a larger area in which to forage and shelter in winter, reducing their local impact.

“The option of immunocontraception, which is increasingly being used to manage populations of wild species, including deer, in other countries, should also be explored.

“If shooting is inevitable, it must be carried out by trained shooters observing best practice and high standards of welfare, and not as a sport.”