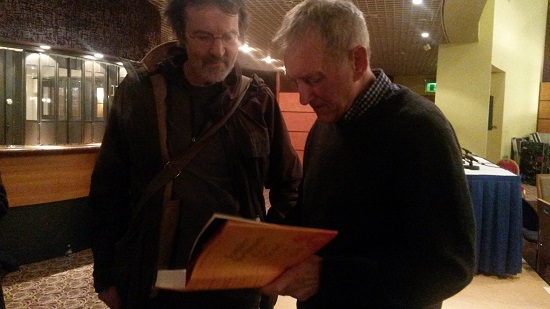 JAMES KELMAN in conversation with Alan Bisset at a packed ‘meet the author’ session at this year’s Celtic Connections festival was full of surprises.

The ‘connection’ celtic-wise between Kelman’s latest novel, Dirt Road, and Glasgow’s annual music festival is stronger than you might expect from Scotland’s renowned Booker prize winner, known mainly for his dark and gritty urban tales.

Kelman’s latest novel, which began life as a screenplay for the forthcoming film Dirt Road to Lafayette, is long in miles yet existential in spirit. This sojourn from Bute (maybe) to Louisiana via Alabama is a coming-of-age odyssey steeped in grief, west of Scotland male-style.

It is a masterful portrayal of the inner life of Murdo, a bereaved, helplessly inarticulate 16-year-old accordion wizard, and Tom, his excruciatingly silent and grieving father. The moment when Murdo finally stops flayling around in his scant emotional vocabulary and gets to the point of his life and the book is simply a joy. That point is music.

The life-changing connection between oor Murdo and the Lafayette’s Zydeco culture he encounters on his travels is the core of the book’s journey. The discussion at the event revealed Kelman’s hitherto quiet passion and breadth of knowledge about American traditional music cultures which began when he emigrated to the States as a teenager with his family in the 1960s.

The musical mash-up between Kelman’s youthful musical discoveries and his political views emerged. For Kelman, the music of Appalachian, Zydeco, Cajun, Blue Grass, Hispanic, Scots and Irish cultures were all essentially “black and white working class people’s music which went around the world and moved people”.

They shared a common root in the experience of “poor people with agricultural roots making joy in their lives”. For Kelman, this music links Scots, Irish, African-Americans, Hispanic, Creole, French Canadians, Louisiana settlers and many more besides.

The maritime journeys and the fiddles, whistles, drums, accordions and harmonicas in their baggage created the opportunity for a shared migrant language which set the scene for jazz, blues and modern popular music. 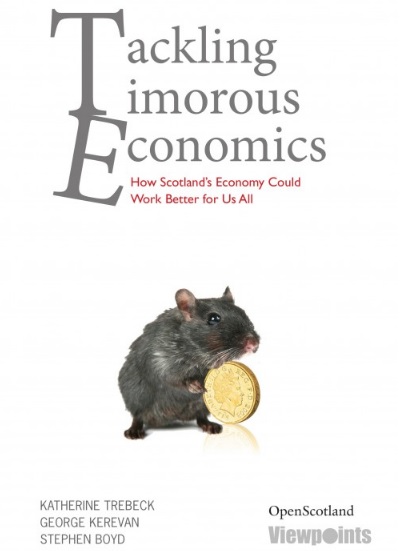 Before the Beatles, the Everly Brothers had snuck their own rural family and community tradition of music and song into the emergent pop music of the 1950s. Blues hunters like Alan Lomax fed an appetite among the youth of Scotland and the UK for the truth of the African–American experience rendered in music and song and encouraged them to give voice to their own lives.

The forces of commercialism in popular culture in the 1960s tried their best to distance the new generation from its own cultural roots on both sides of the Atlantic while the previous generation hung on despairing that no one would listen.

Fortunately they did not succeed, family and community ties remain strong and Kelman’s pleasure was plain to see as he introduced his ‘Dirt Road Band’. The line up included Zydeco button box wizard Preston Frank and his daughter Jennifer on bass (pictured), Dirk Powell on fiddle and guitar and his daughter Amelia on guitar, and accordion player and singer Neil Sutcliffe (aka Murdo in the film).

Illustrating Kelman’s point perfectly, the set of Zydeco rhythms including Scottish and American versions of the famous MacPherson’s Rant had the audience not quite knowing whether they were in Townhead or Texas.