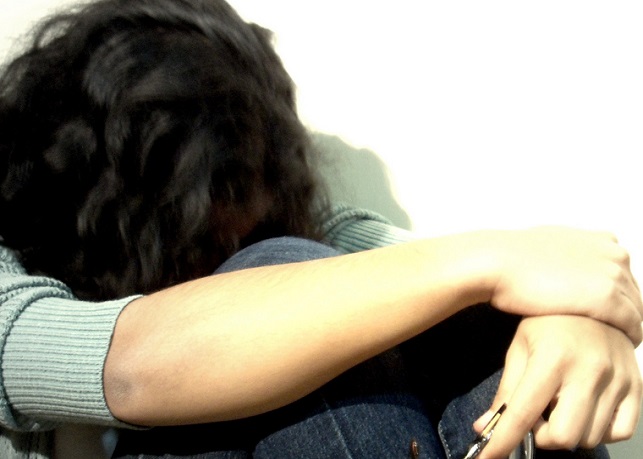 "I LOST all of my friends, relationships with my siblings and the anorexia led to other mental issues and extreme long term physical problems. I had a lack of social skills after being hospitalised for a long period of time."

Mary*, a 16-year-old girl from Scotland, opens up and tells me all about her experience with having a mental illness. She is recovering from anorexia, caused by a family trauma, extreme stress and educational pressures. She is currently out of education and is not well enough to return full time yet.

After suffering from her eating disorder for around six months, Mary was admitted into a hospital where she spent 10 months trying to recover.

For Mary, coping with the stress and pressure of school alongside problems in her personal life became too much, so she began to control another aspect of her life: eating.

Unfortunately she is not the only teenager negatively affected by educational pressure. For Mary, coping with the stress and pressure of school alongside problems in her personal life became too much, so she began to control another aspect of her life: eating.

Although she could manage to stabilise her eating habits after a while, Mary's body hasn't returned to the way it was before she started to starve herself. This has led to extreme bloating, water retention, digestion problems and occasionally extreme hunger.

She uses social media regularly to stay in contact with the people she met in hospital and observes how other previous anorexics are recovering. In this situation, social media is superb for keeping her motivated and on top of her anorexia, as well as letting her discover new foods and see how people have felt about having new experiences during their recovery.

I am a 14-year-old student from Lanark Grammar, currently doing my work experience as a journalist at CommonSpace, and I've been eager to discover the truth about mental health issues for teenagers and students.

Mental health problems are not uncommon in society today, but it often feels like most of the help and attention is focused mainly towards adults and older people.

Mental health problems are not uncommon in society today, but it often feels like most of the help and attention is focused mainly towards adults and older people. While the older generations do need assistance with these problems, I feel that we teenagers and students are more neglected when it comes to this topic.

Although there are places we can go to seek help and advice, there can be extremely long waiting lists for an appointment, so it can feel like there no use in trying for one in the first place.

New information from the National Union of Students (NUS) was released on Monday 16 May, highlighting some worrying changes to the mental health of students in Scotland. It obtained its information through a Freedom of Information request to Scotland's Colleges and Universities on the mental health services they provide and the number of students accessing them. The figures are shocking.

A key finding is that there has been a 47 per cent increase in students trying to access mental health support services, this is a huge increase and I think it is important that we try to find out why it has occurred.

If it wasn't already bad enough that this percentage of people are in need of help, more than one in eight students enquiring about advice from support services did not go on to receive it.

There has been a 47 per cent increase in students trying to access mental health support services, while one in eight students enquiring about advice from support services did not go on to receive it.

As well as universities and colleges in Scotland having trouble coping with the high demand from their support services, secondary schools have just as many problems with teenagers becoming more mentally unstable.

While browsing through the Young Minds website, I came across some very interesting figures about the mental health of children. One in 10 children and young people aged 5-16 suffer from a diagnosable mental health disorder. That is around three in every class. There has been a huge increase in the number of people being admitted into hospitals for deliberate self-harm, 68 per cent over the past decade.

One contributor to mental health problems can be exams. Everyone becomes stressed about an exam at some point in their life, but with the increasing pressure on young people in Scotland to do well, it is very hard to deal with the stress, and some young people turn to things like self-harm when they are struggling.

While people may feel overwhelmed by the stress of exams, self-harm is quite an extreme way of coping, in terms of feeling some self-relief and peace. Exams can also trigger other mental disorders such as depression and, in particular, anxiety.

During an interview with Martin Whelan, a Childline supervisor, we discussed the difficulties of accurately diagnosing somebody with a mental health issue.

One in 10 children and young people aged 5-16 suffer from a diagnosable mental health disorder. That is around three in every class.

This was a very interesting point because personally I have experienced many people doing exactly as he said but not really thought much of it, when actually I should have been thinking of what other people with proper depression are feeling when they hear this. To hear someone talking about your mental health problem with such carelessness must be very hard because it is such a frustrating and life-changing problem.

While young people have suffered from mental health issues for years, according to Whelan there has been an increasing worry that social media is becoming a bigger problem concerning the mental health of teenagers and students.

"If you have a celebrity that comes out and tells people that they've self-harmed for years or that they've had thoughts of suicide or even if they've suffered from mental health issues growing up, that can have a very positive or very negative impact because if they talk about how they got help and the mental state that they are in now it encourages young people to seek help," he said.

"The negative side is if someone talks about it in a negative way, young people don't tend to want to get support."

Social media has a huge effect on what people think of themselves and can make underlying problems worse.

One of the most common mental health problems among teenagers and students these days is anxiety. Social media has a huge effect on what people think of themselves and can make underlying problems worse – for example, for people feeling insecure in their own skin.

While social media is a brilliant way for people to express themselves online and communicate with others, it can also make people feel bad about themselves and feel that they aren't as good as someone else that they've seen online and probably never spoken to in their life.

I feel that social media is one of the main reasons that the levels of anxiety in young people are increasing, because as well as all of the body image and self-consciousness, there are a lot of posts about exams and exam stress which can lead people to question how they are feeling and whether or not they are studying enough, or if they are as smart as someone else.

My third and final interview was with a co-ordinator of the mental health campaign Think Positive, from the NUS. After speaking on the phone about her work, she then sent me on some official quotes from the president of the NUS Scotland, Vonnie Sandlan, outlining the changes they are hoping to make to their mental health services available for students in colleges and universities.

The NUS has realised that something has to change to help more people in need, and that it needs to keep improving its services to maximise the number of students contacting it who can receive support.

She said: "During the Scottish election campaign, one of NUS Scotland’s key policy asks was improved and more coordinated mental health provision for students and young people.

"We were delighted to see every party commit to this in some shape or form, but now we need to make it a reality. We cannot let the progress we’ve made in mental health support and awareness go to waste, and there must now be a real concerted effort to ensure that universities and colleges have the necessary funding to help every student access the support services they need to achieve their full potential.

"We cannot afford to stand by while students are falling through the gaps in the system, or being forced to wait in silence at the back of a queue that never moves."

It seems that the NUS has realised that something has to change to help more people in need, and that it needs to keep improving its services to maximise the number of students contacting it who can receive support.

There is certainly more than meets the eye to teenage and student mental health problems. Mary's condition was caused by several things, both internal and external, and there is never an easy solution to curing someone's illness.

*Mary’s name has been changed to protect her identity

If you’ve been affected by any of the issues in Annie’s article, you can contact organisations like Childline, Young Minds and the Mental Health Foundation for help and information.