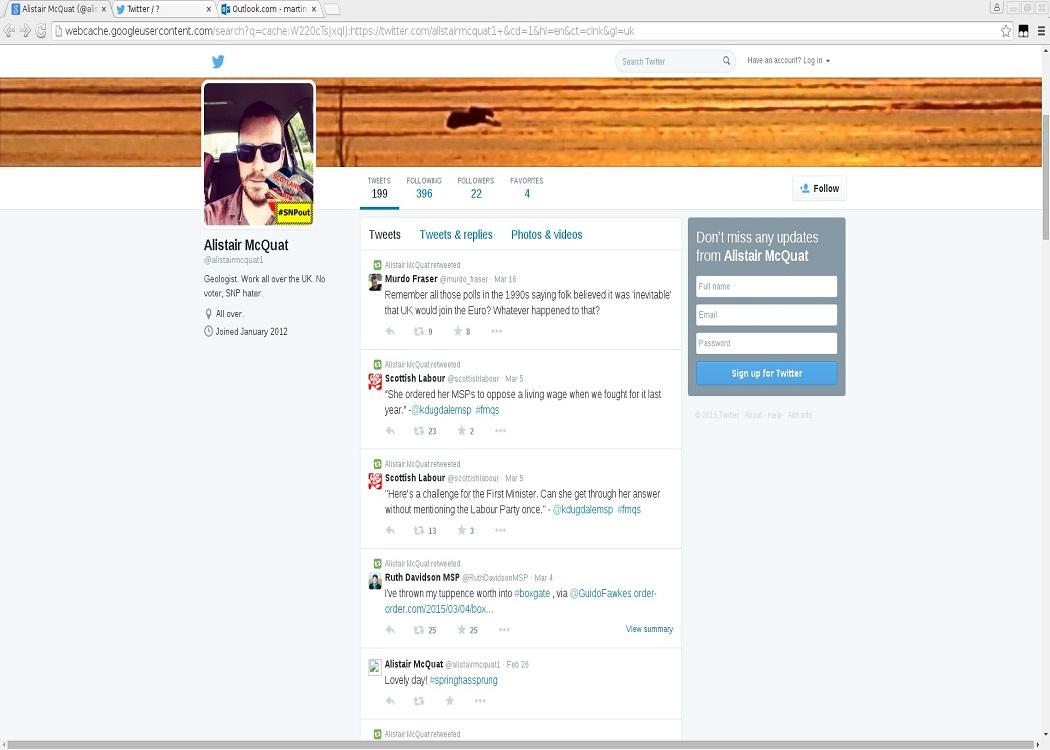 AN ‘ANONYMOUS’ pro-union project encouraging tactical voting in favour of unionist parties appears to have been scuppered after new media website Bella Caledonia revealed the identity of the project’s web domain-holder.

‘Scotland’s Big Voice’ took social media by surprise this week when it appeared not only on Twitter (@ScoBigVoice), but in an interview piece on Politics.co.uk.

The group claims to have 500 members and says it was formed after the independence referendum in a bid to “limit the impact” of the SNP through tactical voting. It is also crowdfunding to raise PS500, and says the next step for the organisation is door-knocking in seats where tactical voting could be valuable ahead of the General Election in May.

In the interview on Politics.co.uk published on Monday – titled ‘Secret enemy: Meet the shady group fighting the SNP’ (click here to read it) – Scotland’s Big Voice boasted about the group’s anonymity being an opportunity to “really irritate the Nationalists”.

But just a day later, Bella Caledonia may have solved the riddle and pinpointed a key member of the group.

According to a piece published by editor Mike Small: “We researched who had set up various aspects of the groups online presence. The registrant for the domain name scotlandsbigvoice.co.uk is Alistair McQuat, who also set up their Twibbon appeal. His Twitter account has since been deleted.

“Maybe this group doesn’t deserve any attention.Their crowdfunding appeal was for just PS500.

“But as a marker of the desperation of the post-indyref No campaign, and the tactical disarray of the Unionist bloc, it is heartening as an approach.

“The likeliest outcome is complete confusion.

“As the parties fight hard to be distinguished the idea of a tactical vote with a few weeks left and without party endorsement will cause mayhem, diluting the vote and demoralising the activist base.” (Click here to read the full piece).

In his now deleted Twitter biography, McQuat described himself as a ‘No voter’ and ‘SNP hater’.

He also stated his career as a geologist. CommonSpace tracked down a geologist named Alistair McQuat working in Scotland, but had been unable to reach him at time of publication to confirm his involvement with Scotland’s Big Voice.