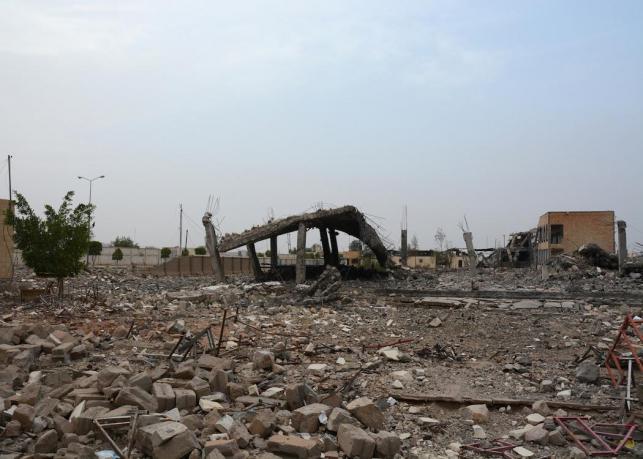 UK has licensed £2.8bn worth of arms to Saudi dictatorship since it began bombing Yemen

ANTI-ARMS TRADE campaigners have been granted a judicial review into a UK Government department’s decision to continue selling weapons to Saudi Arabia during its bombardment of Yemen.

The decision was made in favour of an application by Campaign Against Arms Trade (CAAT) by the English High Court to allow the investigation into the secretary of state for business, innovation and skills’ decision to continue arms exports worth £2.8bn to the Gulf dictatorship.

The judicial review means that all ongoing arms exports to Saudi Arabia will be suspended until it can be determined whether the exports are legal under UK and EU law.

Andrew Smith of CAAT said: “This is a historic decision and we welcome the fact that arms exports to Saudi Arabia will be given the full scrutiny of a legal review, but they should never have been allowed in the first place.

“The fact that UK aircraft and bombs are being used against Yemen is a terrible sign of how broken the arms export control system is. For too long government has focused on maximising and promoting arms sales, rather than on the human rights of those they are used against.”

The UK Government has come under increasing pressure form campaigners and opposition MPs for its role in supporting the powerful desert kingdom given its record of violating human rights within its own boarders and abroad.

Criticism has increased since March 2015 when Saudi Arabia intervened in civil strife in Yemen, which began with an uprising by Houthi rebels in 2014.

Around 6000 people have died in Yemen under the Saudi bombardment. 21 million Yemeni’s are in desperate need of aid.

High-tech weapons being sold to Saudi Arabia by the UK include air to surface missiles and other equipment which can be used for air bombardment.

Successive UK Government have longstanding ties with the Saudi royal family, which has traditionally involved the UK selling weapons to the kingdom and strengthening its military weight in the tumultuous Gulf and middle east region.

Smith said: “The arms export controls do not work, but how can they when the government is actively promoting arms sales and working hand in glove with regimes like Saudi Arabia?

“The Saudi Royal Family’s influence is imprinted all over Whitehall’s approach to arms sales and the Middle East.

“If the government cares for the human rights of those in Saudi Arabia, Yemen or the wider region then it must end its support for the Saudi military and its complicity in Saudi state violence.”