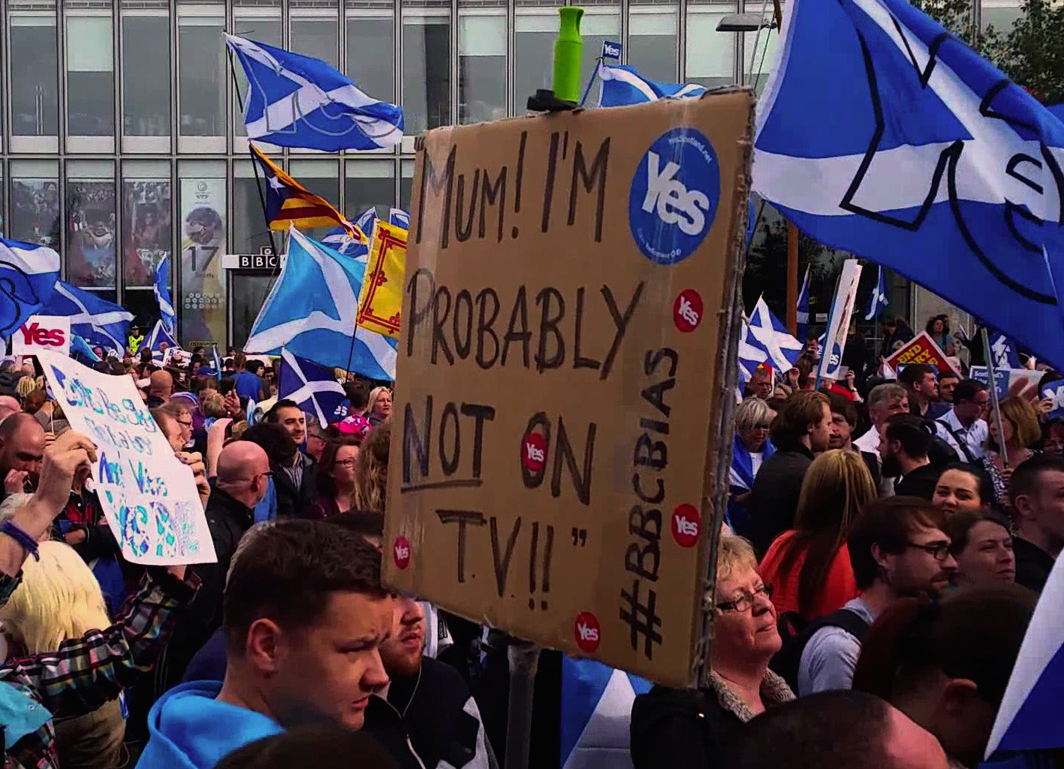 Leaders of the Scottish National Party, Plaid Cymru and the Green Party of England and Wales met in London on Monday to present an alternative plan for the May general election.

The all-women leadership challenged the BBC over their exclusion from the UK-wide televised debates.

First Minister Nicola Sturgeon did not rule out a repeat of legal action being taken by her party against the corporation in 2013.

The SNP leader said: “At this stage, I wouldn’t rule out anything because the principle of being included and not being excluded is a very important one to us.”

The SNP claims that its current position in general election polling and its rise in membership justifies inclusion in the television debates.

At the last general election, the SNP took a legal case to the Court of Session in an attempt to stop the broadcast of the leaders’ debate in Scotland.

Natalie Bennett, Green party leader, also demanded representation in the debates which currently include the leaders of Labour, the Conservatives, the Liberal Democrats and Ukip.

“I am delighted to have the chance to catch up with two other female leaders of anti-austerity parties in the UK. Together, we represent, with the Scottish Green Party, a new way of doing politics, a move away from the business-as-usual model of the Tories, Labour and Lib Dems that no longer represents public opinion.”

In October, the BBC, Sky and ITV broadcasters announced plans for three live television debates prior to the May election.

The move to exclude the SNP, Plaid Cymru and the Greens was defended by Ric Bailey, the BBC’s chief political advisor.

He said: “We think this is a fair and realistic proposal. What we are really doing now is inviting the party leaders to talk about that.”

He claimed that the decision was based on “electoral support, what happened in the past” and “current support, in terms of opinion polls”.

However, the leaders meeting in London yesterday pointed towards more recent polling which suggests a SNP, Green, Plaid alliance would hold a balance of power at Westminster.