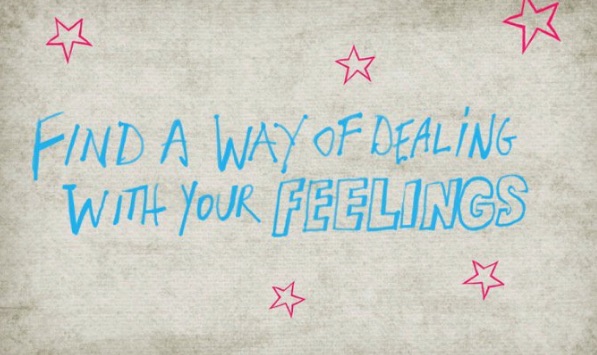 FROM a nationally coordinated online campaign on what young people can do if they’re being bullied, to LGBT Youth Scotland and the Tie campaign’s call for improvement in how schools deal with homophobia, biphobia and transphobia in schools, Scotland’s youth-centred organisations are calling attention to the issue of bullying this week.

This year, the UK’s Anti-Bullying Week runs from 14 to 18 November, and the campaign in Scotland is being led by a partnership between respectme and YoungScot. The organisations are using Facebook, Twitter, Instagram and Snapchat to encourage people to join in the conversation using the hashtag #respectmeABW.

The focal point of the campaign is a video for young people intended to promote the message that there is no single solution to dealing with bullying.

Research conducted by respectme in 2014 found that, of almost 8,000 primary and secondary school pupils surveyed, 30 per cent had experienced bullying in the last school year.

Speaking to CommonSpace, a respectme spokesperson said: "All too often, young people who are being bullied are told 'you should always tell someone', or 'just ignore them'; advice which isn’t always helpful and which doesn’t take account of how the person is feeling or their confidence and ability to act in a certain way.

"Young people value having choices when dealing with bullying, and it can help them to gain a sense of control over their situation. This video is designed to highlight some of the options that young people can consider if they, or someone they know is being bullied, and encourages them to think about what might work for them."

Options suggested by the video- which employs humour and pizza to convey its message- are to ignore it, ask those responsible to stop, have the last laugh, tell an adult, get your own back, keep a diary, or find a way to deal with your feelings such as taking up an activity.

Research conducted by respectme in 2014 found that, of almost 8,000 primary and secondary school pupils surveyed, 30 per cent had experienced bullying in the last school year. The children and young people responding indicated that they used a range of strategies to cope with bullying.

Speaking to CommonSpace, Louise Macdonald, chief executive of Young Scot, said: "Campaigns like Anti-Bullying Week 2016 are important to shine a spotlight, but we know from our work with young people this is sadly an issue they face every day.

"Whether it’s someone experience bullying themselves or someone who wants to help a friend, this is a vital campaign and young people need to know that support is available.

"There is no one and right way for a young person to talk about being bullied or to seek help, the situation is unique for every young person. It’s important we remember this and that we speak to young people on their terms and on a platform they use."

"If I’d had a more positive experience at school I wouldn’t have come away hating school and hating the education system, and I think I would have gotten better grades." Megan McIntyre, LGBT Youth Scotland National Youth Council

LGBT Youth Scotland, which is a managing partner of respectme along with SAMH (Scottish Association for Mental Health), has also been raising awareness for Anti-bullying Week.

The organisation has been using social media and infographics to highlight the impact of bullying on LGBT young people, and promoting free resources for teachers who want to educate pupils on the issue.

The organisation issues a call in partnership with the Tie campaign (Time for Inclusive Education) for improved responses to homophobic, biphobic and transphobic bullying in schools.

A spokesperson for LGBT Youth Scotland advised CommonSpace that the organisation "feels a co-ordinated approach is the best way to move forward so we are working closely with Tie as well as colleagues at Stonewall, Equality Network, respectme and the Scottish Government, to make schools more inclusive for LGBT young people".

A Tie campaign spokesperson said: "We are clear that any programme of LGBTI inclusive education and teacher training must be delivered consistently across all schools without exception.

"Now truly is the time for inclusive education, and we must take new steps to get there."

Megan McIntyre, a Member of LGBT Youth Scotland’s National Youth Council, commented on her experience of bullying, and why it’s so important that it’s taken seriously.

"I had to move school because they wouldn’t deal with bullying at all," she said. "Once I moved, my new school wasn’t much better.

"As a result my attendance dropped, as I didn’t want to be there. I wasn’t in a good place. If I’d had a more positive experience at school I wouldn’t have come away hating school and hating the education system, and I think I would have gotten better grades."

There are a range of resources on how to deal with bullying for children and young people, teachers, and parents and carers available on the respectme website. Information for young people is available during anti-bullying week and all year round on the Young Scot website and social media channels. LGBT Youth Scotland also provides one-to-one support and youth groups for LGBT young people across Scotland.