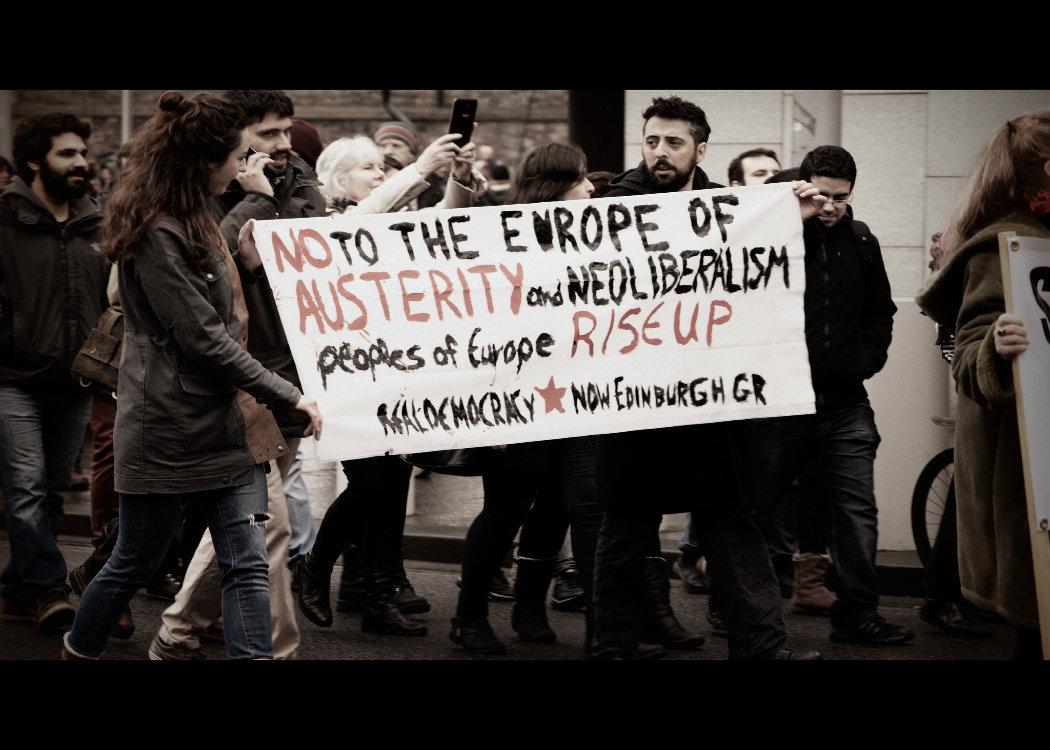 CONSERVATIVE hopes to unite “one nation” around planned budget cuts and legislative changes have been rejected by political parties across England, Scotland, Wales and Northern Ireland.

The Queen’s Speech programme outlined David Cameron’s aspiration to push ahead with the Tory manifesto while delivering further devolution.

Yet Cameron’s party, which only won a majority of MPs in England, remains under pressure to scale back austerity cuts to social security and devolved public services.

Commenting on the Queen’s Speech, First Minister Nicola Sturgeon said: “At the General Election, people in Scotland gave the SNP an unprecedented democratic mandate to put an end to the cuts agenda which is hurting people across our communities – and we will use this mandate to work with Plaid and the Greens to lead the fight against Tory austerity and put forward a better plan to benefit people in Scotland and right across the UK.”

Alison Johnstone MSP, Scottish Green MSP for Lothian, joined the chorus of condemnation for government cuts: “The UK government is turning a blind eye to the urgent need to create a more equal society and a fairer economy. The attack on trades unions and social security will simply worsen the inequality we see and put yet more stress on already struggling households.

“Policies already forcing many into poverty are set to continue apace, and I have serious concerns for those who will bear the brunt of further cut-backs. The Scottish Government must resist this continued assault, and ensure more devolution within Scotland so our communities have more control over their economies so we can create skilled jobs and protect public services.”

Scottish Socialist Party spokesman Colin Fox called for the SNP to take a strong line in opposition to Tory measures, including supporting alternatives to austerity in Scotland.

“This right wing programme with no mandate in Scotland threatens further austerity and attacks on trade union while pandering to the thinly veiled racism of the Tory backbenches,” Fox said.

“The 56 SNP MPs elected on a promise to fight the cuts and on a tide of hope now bear a heavy responsibility. They must oppose the Tory austerity on principle but also ensure that opposition is built in all Scotland’s communities, workplaces, housing schemes and colleges.”

Meanwhile in Northern Ireland Sinn Fein refused to support passing on Tory welfare cuts. Deputy First Minister Martin McGuinness said the UK Government “have attacked the most vulnerable in society, slashed the budget for public services and undermined the credibility of these institutions”.

The Conservative Party say cuts are required to reduce the UK deficit.

Chuka Umanna, Labour’s shadow business secretary, told the BBC that the Tories plans “demonise trade union members, people who get us to work, people who teach our kids, people who look after us when we’re ill; and we of course know that during the last parliament they cut benefits for working people, increased VAT and gave very wealthy people a tax cut”.

Labour won a majority of MPs in Wales, where Plaid Cymru are campaigning for Welsh independence.

In Scotland trade unions and political parties are supporting a march against austerity in Glasgow on 20 June.