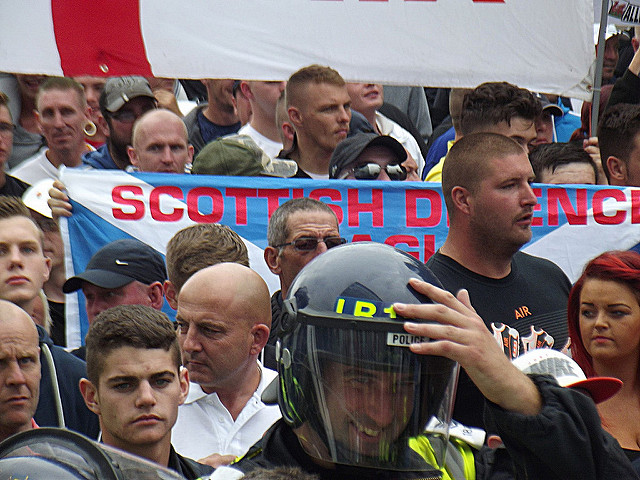 Far-right group oppose a new mosque being built in Perth

A COUNTER demonstration will take place against the far-right Scottish Defence League (SDL) in Perth.

Unite Against Fascism (UAF) will attend on Sunday 10, September outside a new mosque that has been built in the city to replace an existing building.

The SDL organised a demonstration in opposition to Perth and Kinross Councils decision to grant a planning application to the Perth Islamic Society for a new mosque on Jeanfield Road.

“It is appalling that the hate filled, sieg heil saluting fascists of the SDL are threatening to impose themselves on the people of Perth.” Unite Against Fascism

But their planned rendezvous will be met with strong condemnation from UAF, which is urging any anti-fascist to join its counter demo.

“It is appalling that the hate filled, sieg heil saluting fascists of the SDL are threatening to impose themselves on the people of Perth in a brazen attempt to intimidate the muslim community and whip up racial hatred.

“We encourage anti-fascists to demonstrate their support for Perth’s Muslim community and all of our vibrant and diverse communities. The tiny minority of wandering fascists must be left in no doubt that their vile views shall never be tolerated or go unchallenged.”

The SDL describes the new building as a “mega mosque” and calls Perth and Kinross Council the “traitor council” after plans for the 600 capacity building were approved last month. 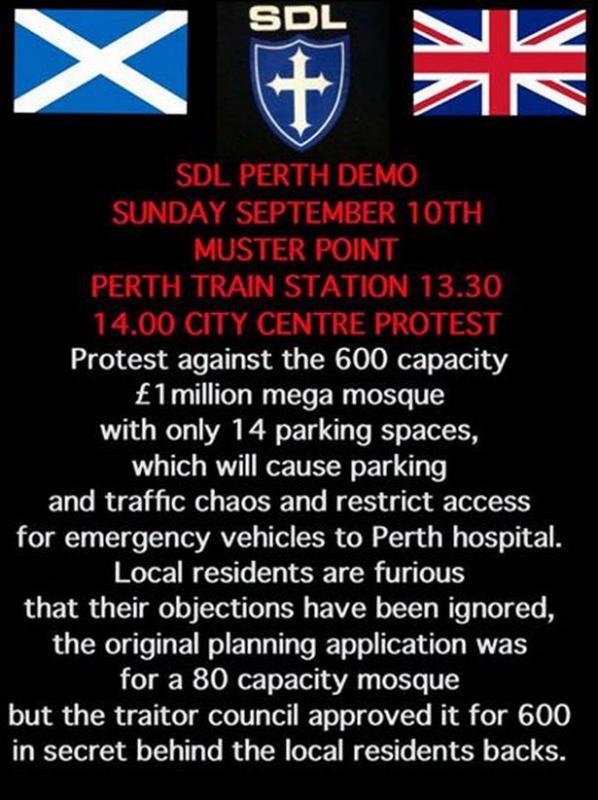 The SDL is a splinter organisation of the English Defence League (EDL) that originated in 2009 in Luton. The SDL has met strong opposition anytime it stages a gathering in Scotland.

The groups disagree with what they call the “Islamification” of the UK.

“I would ask anyone in Perth or the surrounding area who feels the same to come and join us on 10 September.” Perth Against Racism

“However what unites us is a common dislike of fascism and that an attack on one part of our community is an attack upon us all. I would ask anyone in Perth or the surrounding area who feels the same to come and join us on 10 September.”