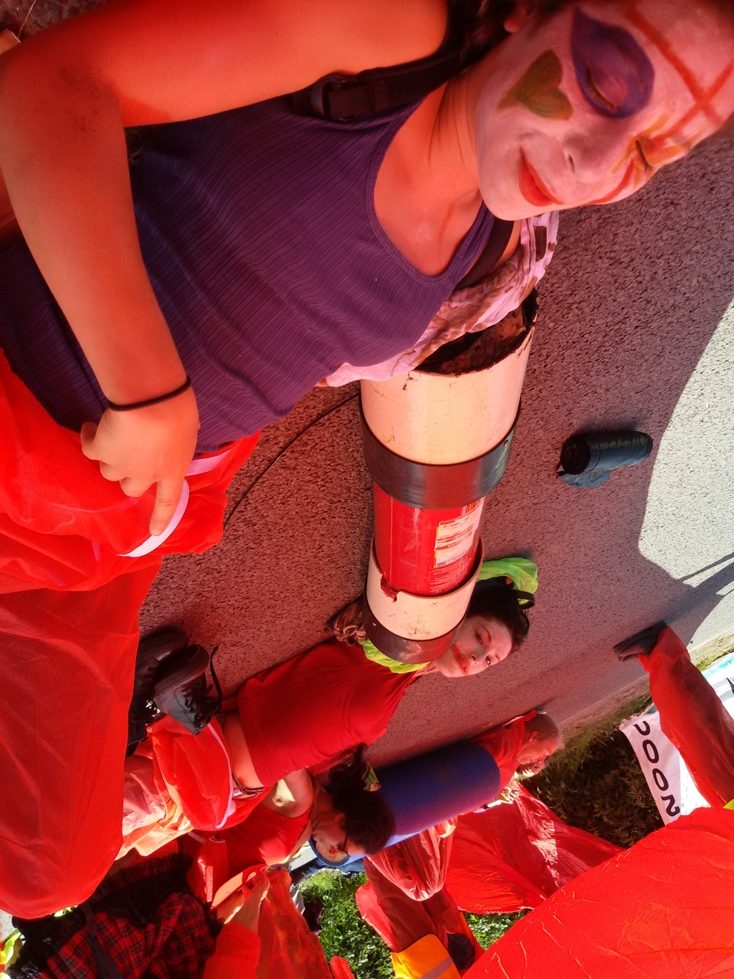 ANTI-NUCLEAR weapons activists who have spent a month blockading the Burghfeild Trident factory near reading have said they and others will resist a vote for Trident renewal, called for by Theresa May by the 21 July Westminster recess.

The Home secretary made the call despite Scotland’s relationship with the UK being placed under strain following Britain’s vote to leave the European Union.

The UK as a whole voted by 52-48 per cent to leave the EU, with Scotland voting by 62 per cent to stay within the 28 member bloc. In the aftermath of the vote, Scottish First Minister Nicola Sturgeon said a second vote on Scottish independence was “highly likely”.

The Trident system is based at Faslane on the Clyde, and the Scottish Parliament has voted to oppose the renewal of the weapons system.

A spokesperson for the activists, organised by the Trident Ploughshares group, who camped outside the Burghfeild nuclear warhead plant for the month of June in protest at plans for Trident renewal said that the direct action group and the broader peace movement would not let the vote pass without a fight.

She said:“Trident Ploughshares and others will not roll over while the Westminster establishment pushes through an undemocratic decision to renew these dangerous and ultimately illegal weapons.”

The spokesperson also said that May was ignoring the political reality of the world and the country.

She said: “In calling for a snap vote on Trident replacement before the summer recess Theresa May claims the UK must meet what she believes to be an existential threat from Russia, North Korea and terrorism, and that it would be ‘madness’ not to ‘get building’.

“But as Home Secretary Teresa May knows nuclear weapons would not address the real threats, identified in the Strategic Defence and Security Review – climate change and cyber security, and that Trident will not deter terrorists.”

The month long protest saw activists blockading routes into and out of the factory near the English city of Reading throughout June, disrupting production in the plant which will be central to building the new generation of Trident armaments. Hundreds of activists took part in the protests, with 13 arrested.

May’s statement comes amidst the Conservative party leadership contest to determine the next UK prime minister, a contest in which she has campaigned as the more natural and authoritative leader of the country.

Yesterday (4 July), Scottish Campaign for Nuclear Disarmament (CND) chair Arthur West told CommonSpace that the Tory party would be “stupid” to press for a vote on Trident renewal with the Scottish Government considering another independence referendum.

Political turmoil has seen the vote on Trident renewal repeatedly delayed throughout 2016.

CND have organised a lobby of Westminster for 13 July.