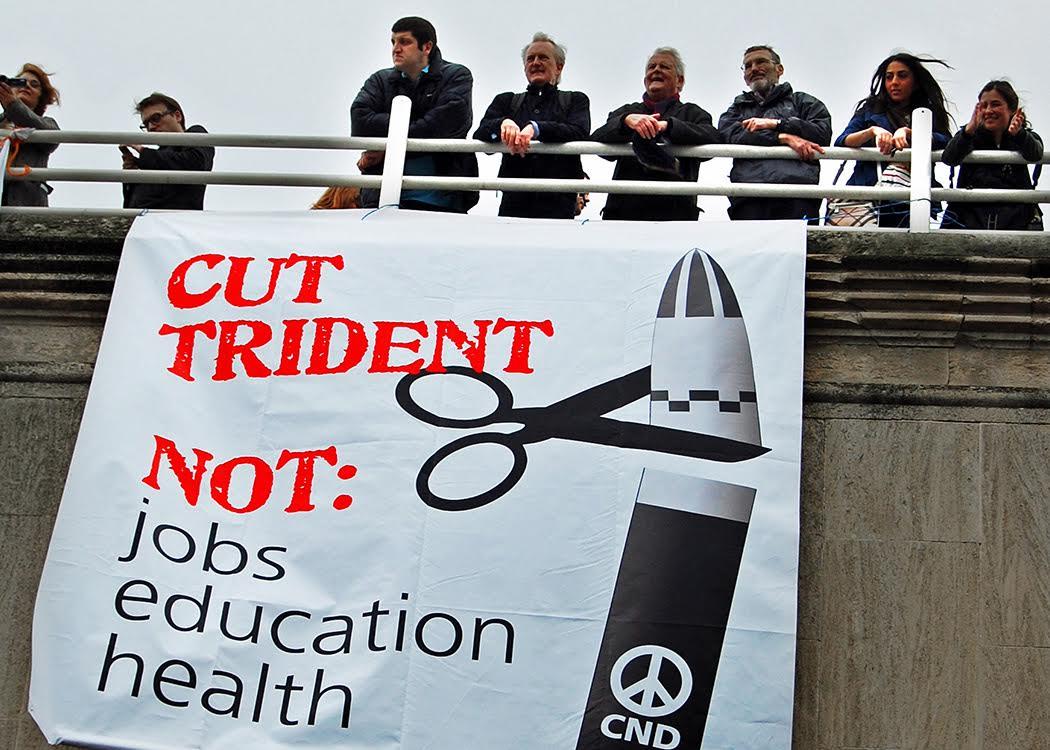 Hilary Benn maintains his position in a restrained cabinet reshuffle

ANTI-TRIDENT Labour MP Emily Thornberry has taken over as party military spokesperson in the shadow cabinet reshuffle ahead of the crucial debate on renewing the UK’s weapons of mass destruction.

The MP for Islington South and Finsbury, who voted against Trident renewal in 2007 and who has spoken previously at a disarmament rally, replaces Maria Eagle in the post, who was a known advocate of Trident renewal.

“If you look at how much it’s going to cost, which is PS100bn on weapons we won’t be in charge of but the Americans will be in charge of. Will we ever want to use [them]? They are the ultimate weapons of mass destruction.”

The move comes before the vote on so called “maingate” decision to order four new Vanguard nuclear armed submarines to be based at the Faslane naval base on the Clyde near Scotland’s largest city Glasgow. The vote is expected at some point this year.

The change is one of the most politically significant in a relatively muted cabinet reshuffle, which saw Corbyn’s cabinet adversary Hilary Benn maintain his position as shadow foreign secretary and serial public critic of Corbyn’s leadership Michael Dugher sacked from his post as shadow culture secretary.

The decision to keep Benn on in his significant shadow cabinet post comes despite Corbyn and Benn clashing on the floor of the House of Commons in the debate over bombing Syria in December, and is thought to be intended to prevent a wider rebellion by members of the shadow cabinet who have substantial disagreements with Corbyn over the direction of Labour policy.

Another outspoken critic of Corbyn, Pat McFadden, was dropped from the Europe brief in the shadow cabinet.

In November the Scottish Parliament voted 74 per cent against Trident renewal .

A demonstration against Trident renewal, organised by CND, Stop the War Coalition and Campaign Against the Arms Trade among other groups, will take place in London on 27 February.