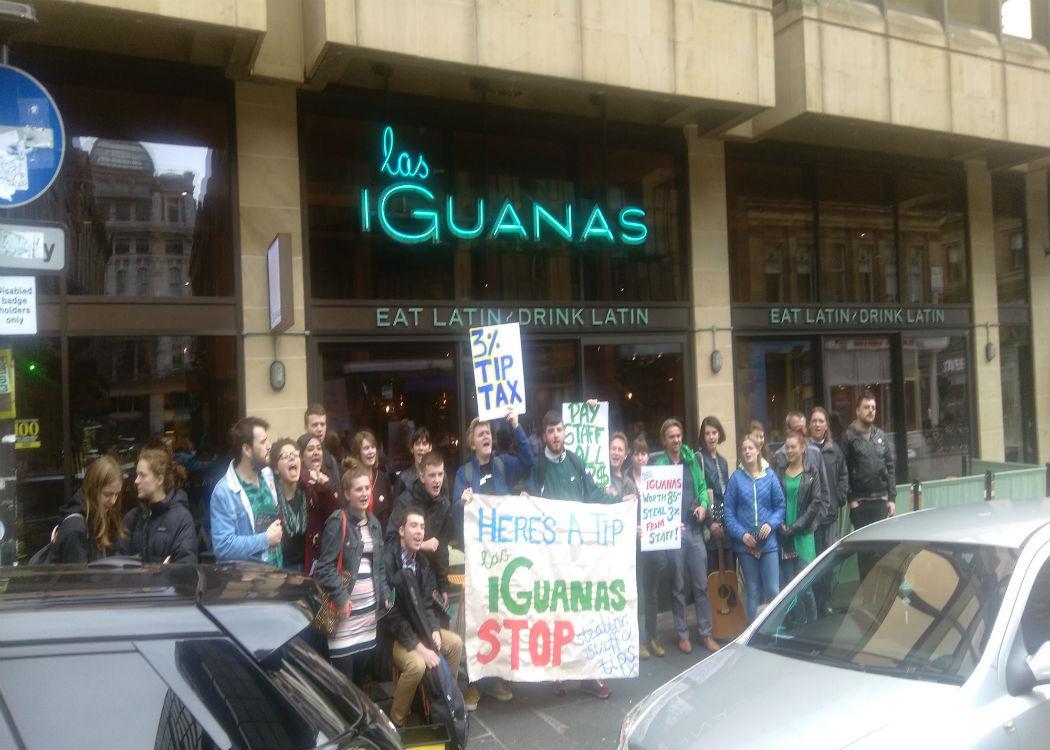 CAMPAIGNERS have announced victory in their campaign to force the Las Iguanas restaurant chain to end its controversial tips policy.

Campaigning group 38 Degrees claimed success for its campaign of petitioning and letter writing to put pressure on the Latin American-themed restaurant chain to end its policy of charging its staff a percentage of their nightly table sales. Under the controversial measure, a fee equalling three per cent of all the sales of food and drinks was deducted from staff members’ tips.

The campaign group sent an email to supporters stating the decision by Las Iguanas to change its tips policy was “a great result for the hard-working staff at Las Iguanas and all 38 Degrees members”.

“This shows without a doubt that when the public get together and have a single-minded focus, things can and will change,” the email said.

The news comes after the STUC’s Better than Zero campaign began a programme of direct action against Las Iguanas in order to pressure them to end the three per cent policy with a protest at their Glasgow branch on West Nile street.

Sarah Wiktorski, a trade unionist and Better than Zero activist told CommonSpace: “As well as supporting and promoting the 38degrees petition, Better than Zero decided to bring our protest right to Las Iguanas’ front door in Glasgow, and indeed we actually brought it right into the restaurant.

“Our campaigners have had enough of companies like Las Iguanas, and we are not going to sit back and let staff be exploited.”

Another campaigner and young trade unionist who helped found Better than Zero, Suki Sangha, told CommonSpace that the victory showed the value of trade unionism: “The announcement that Las Iguanas is to change its tips policy follows a string of victories in the hospitality sector. It highlights the vital role the trade union movement can play in exposing bad bosses who attempt to exploit often low paid and precarious workers.

“The campaign to expose exploitative bosses will only intensify and our victories multiply.”

Both 38 Degrees and Better than Zero pledged to use the momentum from the victory to pressure other service sector employers over work practices.