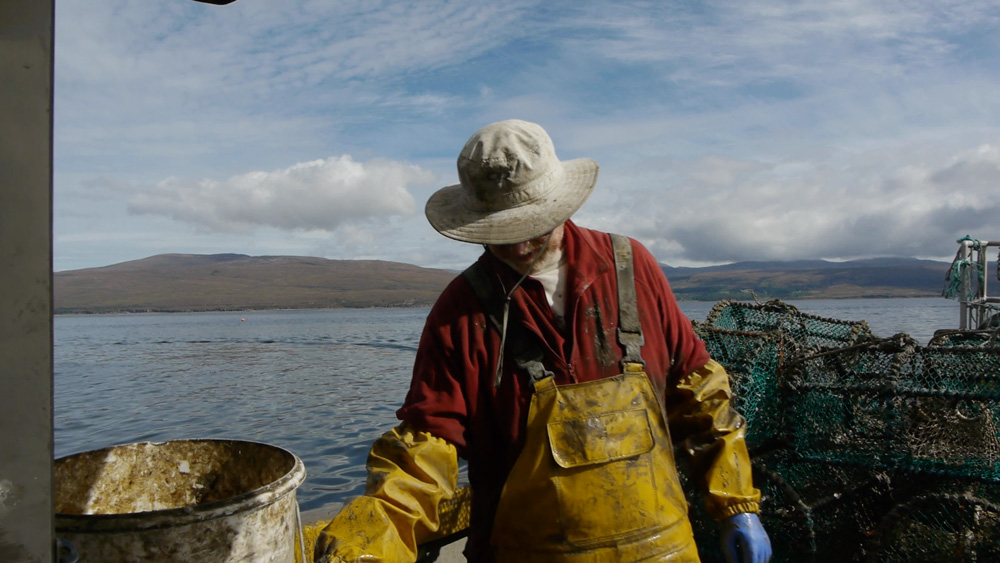 TWO DOCUMENTARIES by director Zev Robinson on local food production and fishing and sustainability in Scotland will be premiered at Edinburgh University on 20 March, followed by a panel discussion and a Kitchen Table Talk on the future of food in Scotland.

Speaking to CommonSpace, director Zev Robinson explained that his films, ‘The Black Isle’ and ‘Gone Fishing’, arose out an artist’s residency he was completing on the Black Isle in the Highlands, and form the latest point in his career which has often focussed on the issue of food and environmental sustainability.

Robinson said: “We live in an unsustainable world – food systems are finding it harder and harder to cope, and people are farther and farther away from the food that they consume.

“Looking at fishing, most of us do our shopping in supermarkets, but there are more sustainable ways.

“This is a complex problem, so I’m not just looking at a simple solution to this – we can all become vegan, or grow our own food, or move to the Highlands – that’s not going to happen. So how do we deal with this in small steps?

“The aim of the event with the panel discussion is to bring up the debate of what we can do and how we can do it.”

Robinson explained that his films included interviews with several different people, all of whom all proposed different ways to deal with the issues facing the food system. This, he said, would be reflected in the event, which would be an opportunity for people to hear different viewpoints on how to make the food system more sustainable.

A ‘Kitchen Table Talk’ after the screening will be led by Nourish Scotland and forms part of a wider initiative by the organisation to generate discussion and ideas on the proposed Good Food Nation Bill, which the Scottish Government is expected to consult on this year.

“The Good Food Nation Bill is a once in a generation opportunity to transform our food system for good.

“We believe everyone has a stake in the future of food, which is why we’ll be asking people who attend the film screening to take part in Kitchen Table Talks.

“This simple activity makes it easy for anyone to talk about their priorities and concerns for a Good Food Nation. As members of the Scottish Food Coalition we will be sharing the outcomes widely with decision makers to shape the legislation.”

The event, which starts at 6pm on Tuesday, is being organised by Nourish Scotland, Open Seas, Slow Food Youth Network Scotland, Take One Action, Transition Black Isle, and Transition Edinburgh.

Registration is free and can be completed online here, with donations for refreshments and the films on the night.