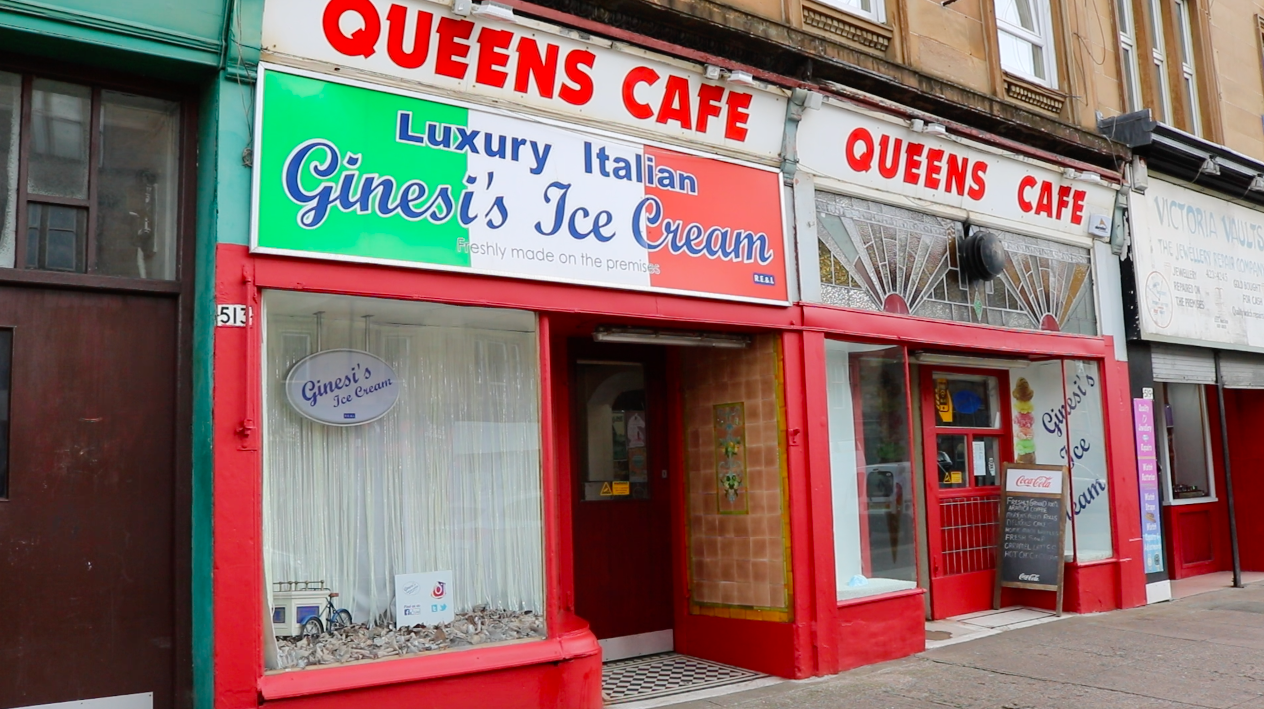 Are artists behind the gentrification process underway in Govanhill? The artists-in-residence for the Glasgow’s Southside Central ward think this is a conversation we need to be having.

“Artists are often used as pawns in a game of chess, in which the board itself is controlled by local and central government. The planning rules are their rules, their decisions. I’m interested in how artists are played by these government officials and other players on the board – the knights and kings – which are the property developers.”

Dr Stephen Pritchard spoke to CommonSpace at an event titled ‘Market Forces: The relationship between arts and gentrification’, organised by the Govanhill Swap Market.

The event held in Bike For Good, brought together artists, activists and academics to explore a topic that sticks in the throats of some; the idea that it can be artists and social innovators who pave the way for developers and those who stand to benefit from the spoils of gentrification.

Pritchard, an artist, academic, writer and filmmaker, who has previously described artists and hipsters as the ‘gentrifying foot soldiers of capitalism’, gave a talk titled ‘The Hyper-Market Strikes Back!’ in which he stated: “Artists are frequently praised by property developers, state institutions, funders and some third sector organisations for their role in reimagining and redeveloping people and places; it is equally common for them to be criticised by activists, social housing tenants, campaign groups and, increasingly, academics and journalists, for their role as gentrifying pioneers; and, equally, artists embroiled in this complex and temporal web of contested spaces and places often attempt to neutralise their own role, particularly when questioned about their intentions and their partnerships with other groups.”

The complex nature of the role of the artist in these processes is something that Ailie Rutherford, one of the artists-in-residence for Glasgow’s Southside Central, is keen to discuss. She is one of the 23 artists appointed by Glasgow City Council in March, as a part of their Creative Communities: Artists in Residence project, following a manifesto pledge to employ artists in all of Glasgow’s communities. The area she works in includes the Gorbals, Hutchesontown, Polmadie, Govanhill, Queen’s Park, Crosshill and Toryglen.

Last year, Rutherford opened the Govanhill Swap Market – a non-monetary exchange space on Victoria Road, Govanhill’s high street. This innovative social project has a ‘swaps and shares’ index that fluctuates based on community need and allows people to exchange goods and skills, bringing together people from different backgrounds.

WATCH: What is the Govanhill Swap Market?

It joins a host of other social enterprises and community-minded projects that nestle amongst the charity shops, pubs, Asian groceries and betting shops that line this busy street. These include Rags to Riches, an award-winning upcycling project, Milk Café, ‘a social enterprise set up to empower and support refugee and migrant women’ and Locavore, another social enterprise organic grocery store and café that has a focus on local, ethical producers.

“There are lots of vibrant exciting projects happening in the area,” says Rutherford. “But one of the concerns is that as we do all this to make our communities more liveable, we maybe inadvertently drive up the price of property and rent, which is not the intention of these projects, which are supposed to be by and for the local community. That’s why we’re trying to initiate important conversations about what are the effects and impacts of what we do.”

However, there are differing opinions when it comes to the drivers of gentrification, and the direction Govanhill is heading. Jim Monaghan, Arts Coordinator at Govanhill Baths believes: “Gentrification is about property prices. So-called investment in an area makes it a more desirable place to live, meaning an increase in demand for property. But the investment in business in Govanhill mainly comes from people from the area. The people who use the new shops and cafes live in the area already. They live there because there is social housing and cheap rents in the private sector. But in Govanhill, it is only the public sector who are building houses and the local housing association are buying property back from the private sector, spending about £30 million.”

Govanhill has long been an area of change. Different waves of immigrants have settled here on their arrival into the city. There are currently around 18,000 inhabitants in the area and a social survey carried out by the Govanhill Housing Association found a make-up of some 52 nationalities, speaking 32 different languages. Some see the artists and hipsters that are currently moving into the area as the latest wave of newcomers. But what lasting impact their arrival will have on the area remains to be seen.

Support the media that you believe in.