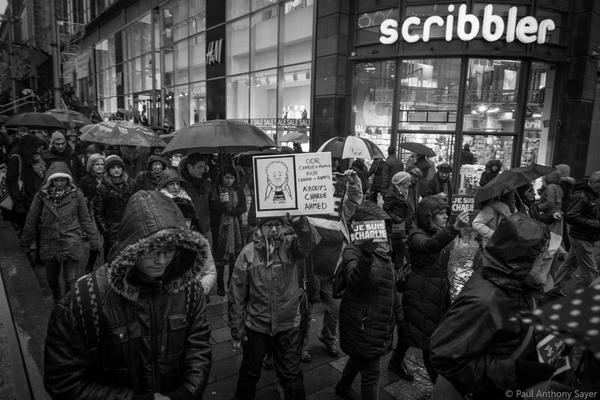 Scottish public figures consider the aftermath of the Paris attacks

‘JE suis Charlie’ became the most popular hashtag of all-time when supporters of free speech came together after the attack on Charlie Hebdo satirical magazine in January.

Three months on Glasgow’s book festival AyeWrite! will consider whether that response was a significant moment of solidarity or a short-term fad.

‘Are we still Charlie?’, hosted by writers network Scottish PEN, will take place on Sunday 19 April in the Mitchell library, Glasgow, from 1.30-2.30pm.

According to the event description, “Writers, artists and performers face increased pressures to self-censor in the face of government surveillance, outraged and aggressive internet trolls, public protest at offensive art, and violent action from governments and groups like ISIS.”

After the events in Paris gathering of support were held across the world, including in Glasgow and Edinburgh.

(Click here to see more about the event and ticket information).