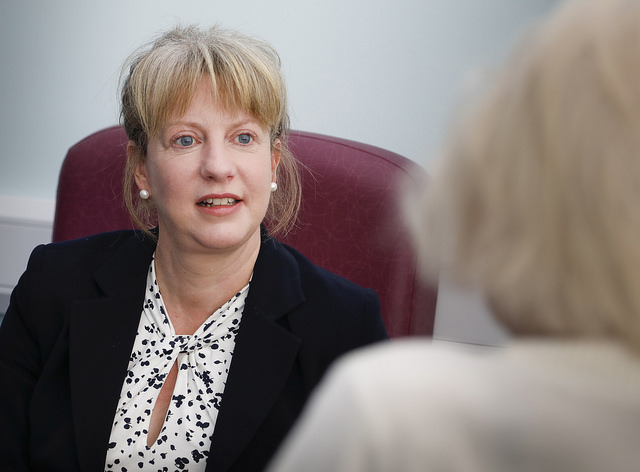 SCOTTISH GOVERNMENT ministers have joined local councillors in Argyll and Bute in urging the health and social care Integration Joint Board (IJB) to halt plans to inflict major cuts on services in the region ahead of its next meeting on Wednesday.

Information on the plans, discussed in private by the board, was leaked last week, revealing that cuts could result in as many as 400 job losses, the closure of all publicly run care homes, and moves to privatise services.

Health secretary Shona Robison met with senior officers and the chair of the IJB two weeks ago to discuss the issues facing the Health and Social Care Partnership, but it has now emerged that Robison was not advised by the board of the major cuts being considered.

Instead, Robison has said in a letter to council leader Aileen Morton, she was “told in broad terms that engaging on change remains a challenge”.

“The approach taken in Argyll and Bute is now causing public and staff concern.” Cabinet secretary for health and sport Shona Robinson

Robison has offered to work with the IJB to consider its options going forward but warned that it should “reconsider as a matter of the highest priority what further work it needs to complete in order to be in a position to agree its plan for next year”.

She added: “The approach taken in Argyll and Bute is now causing public and staff concern, which is working against the IJB being in a position to take decisions that improve services and public wellbeing.”

The 11 SNP councillors in Argyll and Bute have jointly called on the IJB to accept the Scottish Government’s offer of practical assistance and to put a stop to the proposed cuts which, they say, “decimate local jobs and frontline healthcare services”.

SNP group leader Sandy Taylor said: “We are now faced with an unsustainable and damaging reduction in service provision that will detrimentally affect every community in the area and hit the most vulnerable the hardest.

“The IJB should not lose sight of [its] initial ambition and must not proceed with current proposals. Any future service redesign should seek to fully involve the staff and communities which the board was set up to serve”.

Only four elected members are represented on the IJB, each of whom will be given a vote on the plans – SNP councillor Iain Paterson, Conservative councillor Alasdair Redman, independent Jim Anderson, and Kieron Green, an independent councillor and Labour member, who is also vice chair of the board.

“I would urge the four elected members who sit on the board – now is the time to stand up for our communities.” Argyll and Bute Cllr Julie McKenzie

Speaking to CommonSpace, SNP Councillor Julie McKenzie said: “I would urge the four elected members who sit on the board – now is the time to stand up for our communities.

“For me it’s just inconceivable that this form of privatisation of our essential frontline services would even be considered by the IJB.”

Independent Councillors Donald Kelly and Dougie Philand have also called on the board to reverse its proposals and have launched a petition to retain the current services “until a robust alternative is put in place”.

Local MSP and government minister Michael Russell hit out at the IJB on Tuesday over revelations that the “impending financial crisis” were not raised in a recent meeting with health secretary Shona Robison, describing this as “an incredible situation”.

He said: “There appears to be no explanation except an intention to hide the true situation as long as possible even from a government minister who was offering to help.

“The IJB were of course intending to go on hiding the true situation this week with their plan for a private meeting to consider private papers. Courageous leaks to the press put paid to that.”

“If the IJB still insists that it has to cut, it is doing so against the advice of the cabinet secretary.” SNP MSP Michael Russell

Russell also accused the Health and Social Care Partnership of attempting to “spin” the reality of the situation by highlighting positive figures in particular areas.

“The account of the meeting between the IJB and the Cabinet Secretary, which has been put about by the Partnership and others, has been very partial and has sought to hide, once again, the reality of the criticisms that have been made of them by many people including the cabinet secretary,” he said.

Russell stressed that the board is not required to set a final budget this week, and could instead take the time to consider “the failings in its management and governance that have led it to this disastrous situation”.

Ultimately, he said: “If the IJB still insists that it has to cut, it is doing so against the advice of the cabinet secretary and I have written to the IJB Chair and CEO today to make that point.”

A spokesperson for the Health and Social Care Partnership commented: “No decisions on these proposals have been taken at this time and we will ensure that staff, local communities and other stakeholders are promptly informed of the decision from the IJB.”