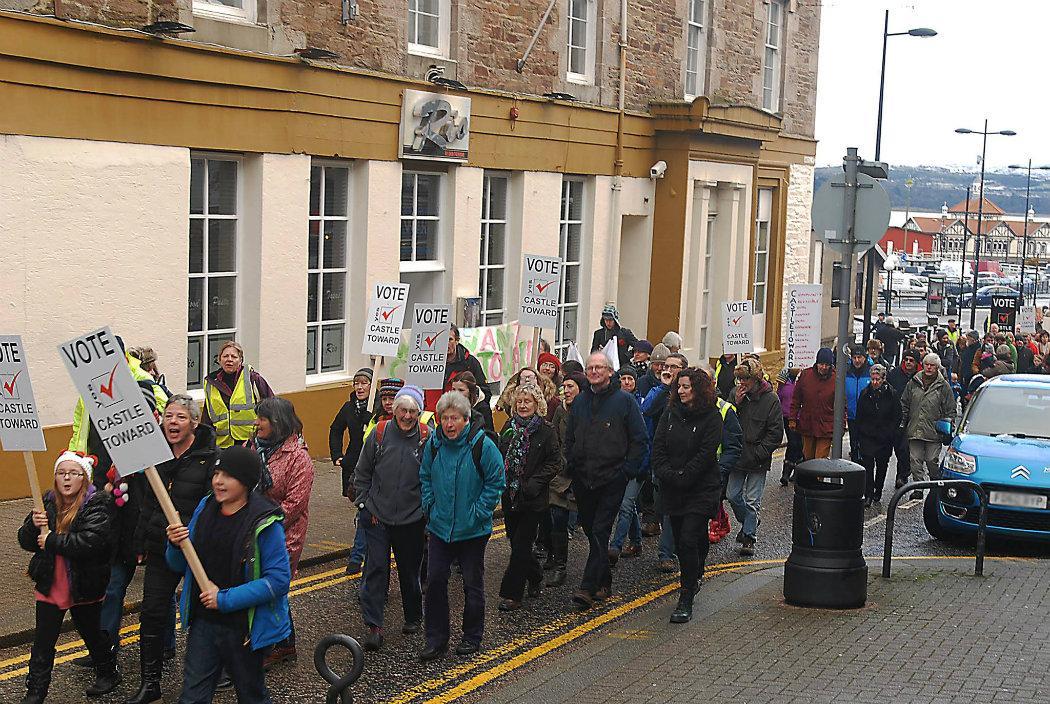 SCOTLAND’S centralised and unresponsive system of council government requires root and branch reform, according to pro-democracy campaigners in Argyll.

The ‘People’s Council’ group has formed to organise for a reform of council structures, which were subject to prolonged criticism in Argyll over the failure to support a community buy-out of Castle Toward estate.

A 18-month campaign, which raised over PS850,000 to buy a derelict council owned facility, was rejected by Argyll and Bute council despite overwhelming community support for the bid. (Click here to read more)

Now campaigners across Argyll will renew their calls for change at a meeting in Oban 6 June.

The council will hear from activists and pro-democracy writers and researchers to consider how local campaigners can create proposals to reform community councils, local taxation and council authorities.

The Scottish Parliament is set to pass the Community Empowerment Bill this year to grant greater powers to community organisations. A local tax commission has also been established to consider a replacement to the council tax, a rates system that followed the failed Poll Tax.

Broadcaster Lesley Riddoch, who will address the meeting in Oban, released a statement in support of the People’s Council: “Scotland has Europe’s largest councils by population and physical size. That means distant decision-making, low levels of participation and constant battles between communities and councils.

“Argyll and Bute Council’s shameful failure to transfer Castle Toward to the local community as agreed was one of the lowest points in the history of Scottish local democracy.

“But now activists from across Argyll are demonstrating real leadership by deciding to get even – not angry. These campaigners have kick-started a process to devise a new workable template of truly local government in Scotland involving folk from all over Scotland – the People’s Councils.

“There’s been support for this novel, grassroots idea at every meeting I’ve spoken at during the election campaign – from Assynt in the Highlands to Duns in the Borders. Truly local councils are an idea whose time has come – well done Argyll for getting the ball rolling.”

You can find more details about the People’s Council on its website. www.thepeoplescouncil.org