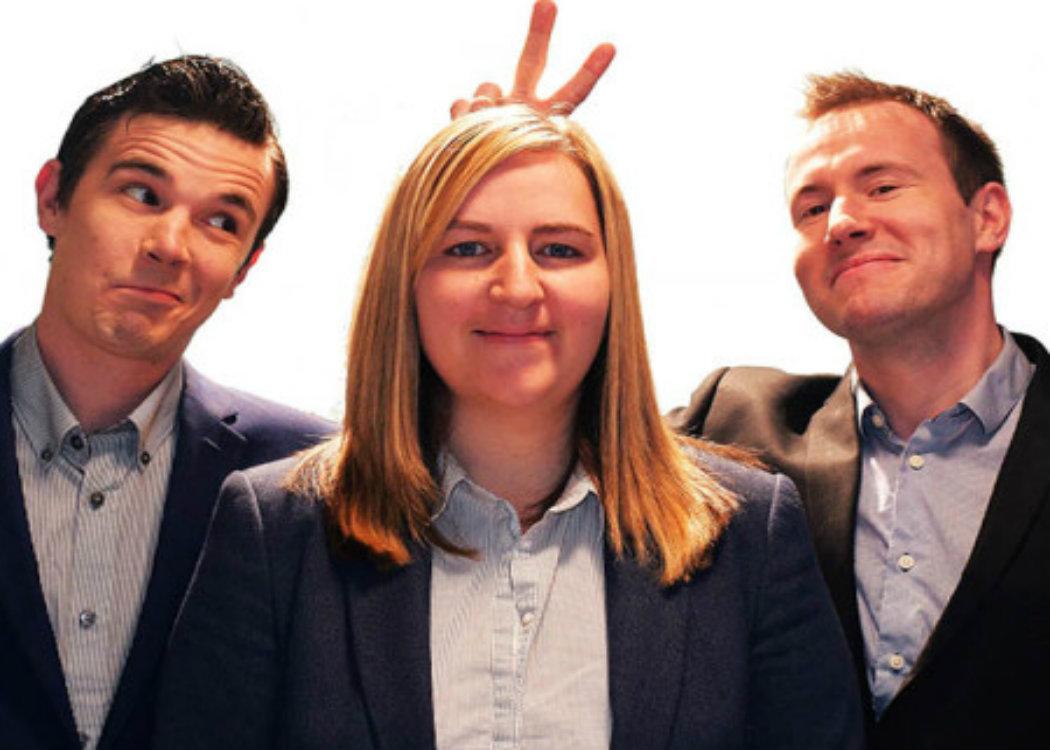 After a summer break, the NewsShaft team have returned with a new programme

NEWSSHAFT, an alternative media show that takes a light-hearted look at Scottish politics, is expanding with five on-demand radio shows released every weekday.

The NewsShaft team, Jack Foster, James Devoy and Carolyn Scott, will return to the airwaves in September with the new programme after breaking for the parliamentary reccess.

Rather than focussing solely on political commentary, NewsShaft will now produce a variety of five shows between Monday and Friday.

Devoy will present a new arts and culture programme, which will take place on a weekly basis. The show hopes to analyse the historical development of art in Scotland as well as covering the contemporary arts scene.

The new line up will also play host to a feature show that will be presented by Scott. Each week, the presenter will delve further into issues affecting people in Scotland. Commentators, special guests, experts and academics to discuss these issues will join her.

A statement from the team said: “On Thursday September 3rd, NewsShaft returns to the airwaves! That’s not all though, we’ve got some big developments to tell you about, we told you earlier in the year that we would be stepping up our game, and this is how…

“The first piece of news to tell you, is that our daily video bulletins will not be returning. We felt that the time and resources involved could be put to better use providing something more substantial, something we’ve got a strong track record in: radio.

NewsShaft is owned by News Scotland CIC, which, alongside the likes of Bella Caladonia, CommonSpace, Newsnet Scotland, Wings Over Scotland and Independence Live, has become part of Scotland’s blossoming new media network in the aftermath of the Scottish independence referendum.

The radio show’s listenership is now approaching the tens of thousands, according to the NewsShaft website.

To find out more about NewsShaft and how to get involved, click here .