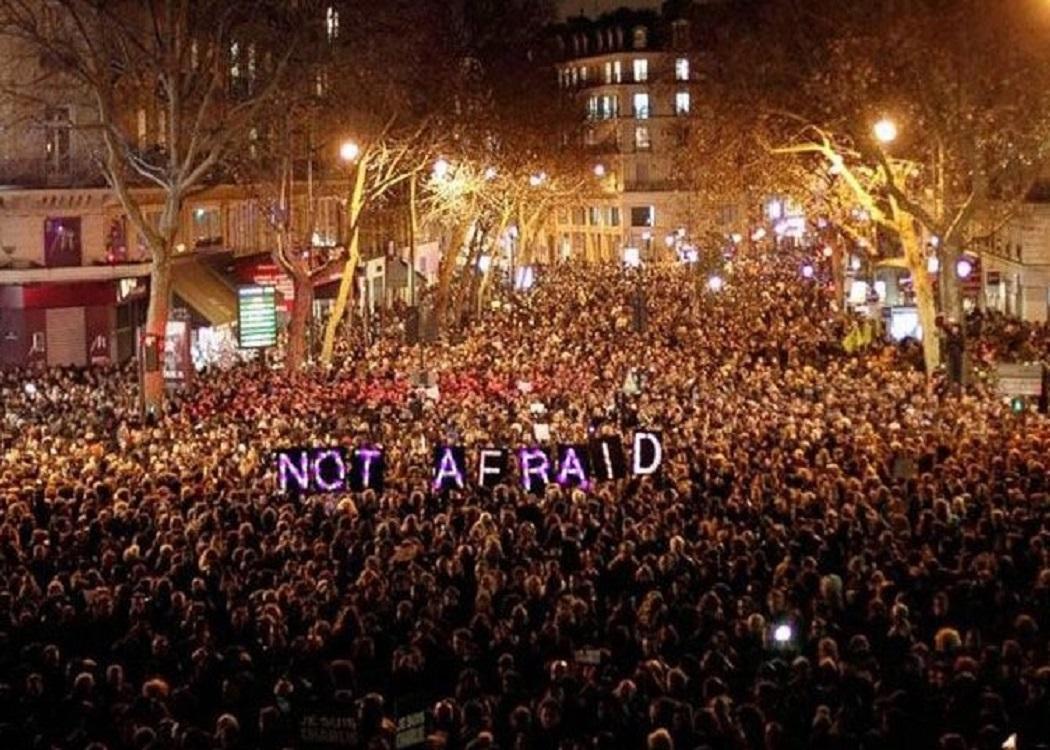 THE tragic events in Paris last Friday have catalysed an array of impassioned opinions and debates on emigration, Syria and the threat of Islamic State.

Perhaps most worrying is the reactionary response, both state and civil, to close borders and embark on a “merciless war” in a bid to defend perceived Western, and in the words of Obama, “universal values”.

Such ill-considered responses and rhetoric diminish the possibilities of wider humanitarian cohesion in the face of cross-regional instability. It is important not to let the divisive, and frankly deluded, ideology of a minority of extremists infect and disease the prospect of continuing transnational dialogue and action.

It is important not to let the divisive, and frankly deluded, ideology of a minority of extremists infect and disease the prospect of continuing transnational dialogue and action.

For though the recent spate of similar attacks – across continental locations such as Paris, Beirut, Ankara and Sinai among others – have been tragic and deeply unsettling, their very disparity should remind us that, from a civic level upwards, we must continue to strive for wider solidarity, moral compassion and political reason.

Selective Western (or European and North American) media coverage has come under scrutiny for its regional bias in the past few days. Naturally, in the case of Britain, an attack ‘closer to home’ on innocents with similar values (which like it or not translates as a predominantly white Christian society) might understandably be more affecting than a tragedy inflicted upon a perceived ‘other’ thousands of miles away.

But these examples of selective grief and outrage are also symptomatic of a deep-rooted ignorance, passivity and hegemonic double standard; as evidenced by Facebook’s choice to implement a ‘safety-check’ button for Paris but nor Beirut.

Collective outrage and grief for Paris, and particularly the victims and their families, is, of course, an important and necessary showing of solidarity. However, that this sense of solidarity and sympathy does not extend towards the people who are most affected by such ideological acts of violence is a testament to our selective grief and western bias.

That this sense of solidarity and sympathy does not extend towards the people who are most affected by such ideological acts of violence is a testament to our selective grief and western bias.

The main victims of such attacks come from countries wracked by wars that our state and governmental institutions have, in some capacity, participated in (Syria, Iraq and Afghanistan, to name the most recent).

Rather than solidarity, though, the defensive mechanism is to ‘close the borders’ on these people; engage in military strikes without international approval; and, ultimately, proliferate more violence, instability and the (re)generation of extremists.

Instinctive fears of ‘letting them in’ (‘them’ itself revealing the conflation of the ‘other’ with a minority of extremists) are, to some extent, natural. Unfortunately, we cannot stop a minority of twisted extremists, warped by an ideology that is in no way representative of the global majority of Muslims, from attempting to carry out barbarous acts of terror.

To suggest that closing borders and undertaking military strikes will stop them from trying, however, is both unfounded and unproven by recent historical trajectories. It is fear that propagates this short-term solution, which would, in effect, deny the opportunity for continuing and important processes of intercultural dialogue.

It is vital that we continue to strive for solutions on a humanitarian basis: seeing, listening and ‘letting in’ people from other regions (as human beings and not ‘others’) and attempting to intertwine our common interests, views and experiences.

Rather than solidarity, though, the defensive mechanism is to ‘close the borders’ on these people.

In this way, from a civic level upwards, we might begin to tackle widespread problems of violence and extremism that are unbound – as evidenced by the past few days – by national borders or geographical space.

Of course, this is in itself an idealistic concept and will not be a quick-fix solution. Yet there are a number of concrete steps that are, without question, more productive than calling for border barricades and supporting vengeful military strikes.

We might, for example, continue to aid civil resistance movements in the most affected regions; coordinate projects to increase education and awareness across several regions; empower and invest in refugees (first-hand victims) in our own countries who wish to contribute to debates; and, importantly on a local level, keep each other intellectually informed without descending into rash civil bickering

In terms of the locale, the slur of impassioned opinions on social media sites might also serve as a sober reminder that even in Scotland, where exists an almost mythic perception that we are more liberal or politically-left than other parts of the United Kingdom, reactionary lurches to the right are not far away.

It is vital that we continue to strive for solutions on a humanitarian basis: seeing, listening and ‘letting in’ people from other regions and attempting to intertwine our common interests, views and experiences.

While the tragic events of the past few days might make us question the basis of our common humanity, the depth of our compassion, and the limits of our political understanding, it is in such times as these that we need to extend those limits, beyond regional and national interests and affiliations, and seek a wider human understanding and empathy that counters tribal fears and hierarchies.

As suggested in one of the better memes circulating around social media sites over the weekend, we would do well to remember Ghandi’s statement: “You must not lose faith in humanity. Humanity is like an ocean; if a few drops of the ocean are dirty, the ocean doesn’t become dirty.”