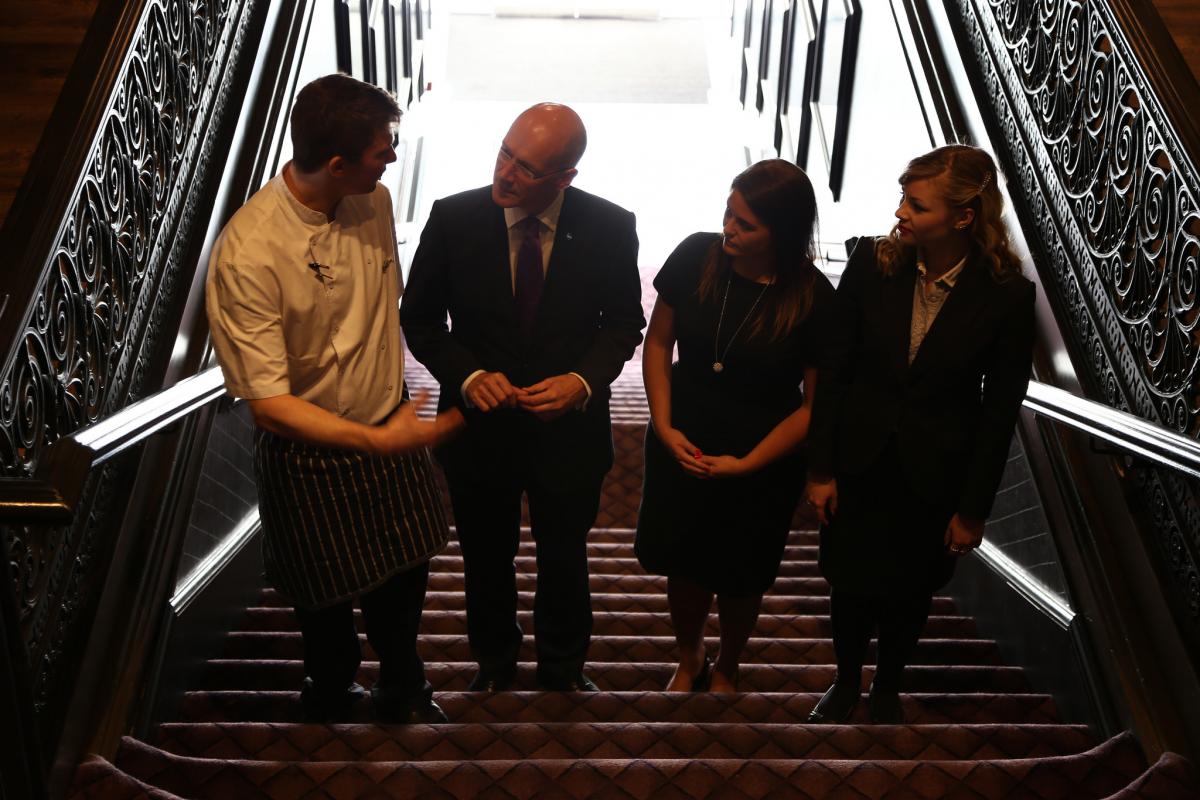 EDUCATION campaigners have called for a vote to scrap tests for four and five year-olds to be only a “first step” towards a truly nurturing school environment.

The Scottish Conservative motion against the tests passed by 63 to 61 votes, uniting all four of the Scottish Parliament’s opposition parties behind it.

Speaking to CommonSpace, Chair of Upstart Scotland Sue Palmer said: “The opposition parties made many cogent arguments against the P1 testing and it’s very disappointing that the Scottish government isn’t prepared to listen to them.

“We at Upstart Scotland are particularly pleased that one of the closing speeches mentioned the long-term implications of beginning testing at such an early age in terms of children’s social and emotional development.

“There is growing evidence that the decline of self-directed play (especially outdoor play) coupled with an early focus on formal teaching of literacy and numeracy skills is helping to fuel mental health problems among children and young people.

“This is why Upstart Scotland is campaigning for a kindergarten stage for three- to seven-year-olds. Perhaps scrapping the P1 tests could be the first step towards achieving this.”

The vote will be seen as a blow to the Scottish Government’s flagship education reforms, including the National Improvement Framework for Scottish Education, which would also see students tested in P4, P7 and S3, in a bid to provide the data the government says is necessary to close the educational attainment gap between Scotland’s poorest and best-off students.

However, the vote is not binding on the Scottish Government, which has indicated it will drive ahead with the plans.

The motion was lodged by the Scottish Conservatives, who initially supported the Scottish Government’s standardised testing policy.

The Scottish Conservatives 2016 manifesto reads: “Over the last parliament, we have pushed the SNP to accept standardised testing for pupils and to tackle Scotland’s shocking attainment gap.”

“There is growing evidence that the decline of self-directed play (especially outdoor play) coupled with an early focus on formal teaching of literacy and numeracy skills is helping to fuel mental health problems among children and young people.” Upstart Scotland chair Sue Palmer

Forwarding the motion, Scottish Conservative education spokesperson Liz Smith admitted that her party had been wrong to support and push for the Scottish Government to adopt standardised testing for P1s, saying: “We shouldn’t have argued that.”

Swinney said he was “appalled” at the Scottish Conservatives, who he said were engaged in  “deceit” with their motion, considering that Smith had previously stated that the P1 tests were not Conservative policy. MSPs also pointed out that similar models of standardised testing were Conservative policy at Westminster.

Defending the plans, Swinney said: “It is therefore appropriate that a small amount of time, less than an hour a year on average is taken to ensure that the play based learning undertaken by children is equipping them with the core skills we believe they should acquire by the end of P1, without that assessment we run the risk that the needs of children may not be effectively served by our education system.”

However the plans were criticised by Scottish Green MSP Ross Greer, who said that standardised testing flew in the face of internationally recognised best practice, including celebrated Finland, where standardised testing was not used and the focus was entirely on play-based learning in early years. Scottish Labour used a point of order to insist that the Scottish Government take the non-binding vote seriously.

Education campaigner James McEnaney said that the Scottish Government were now bound to respect the expressed will of the Scottish Parliament.

Speaking to CommonSpace, McEnaney commented: “The data generated by standardised tests is not in any way comparable at either a council or national level, the idea therefore that it is going to provide so vital insight into the landscape of Scottish education is clearly false. All that leaves is whether or not they provide useful information for teachers. But government ministers with no educational expertise have no business making that sort of decision.

“The profession has been clear that the tests are not wanted or needed. parliament has now backed Scotland’s teachers and the SNP of all people should understand the importance of respecting the will of the Scottish Parliament.”