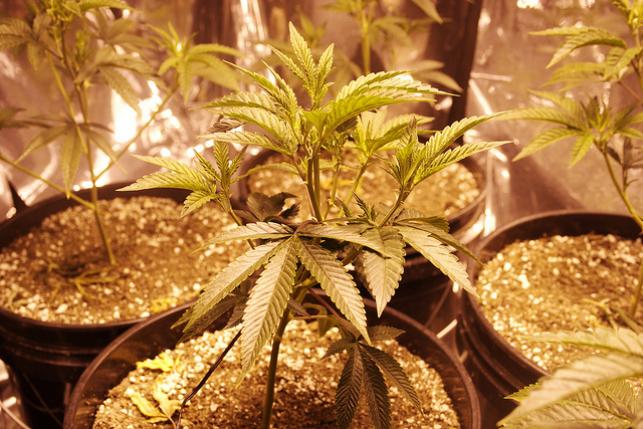 THE SCOTTISH GOVERNMENT has reiterated its argument that control over cannabis should be devolved to Holyrood, following the announcement of a new UK Government review into medicinal drugs derived from the plant.

In the wake of recent UK controversies surrounding the medical application of cannabis, a Scottish Government spokesperson told CommonSpace: “At the moment both regulation of medicines, and also drug control under the Misuse of Drugs Act 1971, are currently reserved powers of the UK Government.

“We believe responsibility in this area should be devolved so that future decisions on these issues would be for the Scottish Parliament to consider.”

In their statement, the Scottish Government reflects recent SNP policy, as laid down in their October 2016 conference, when party delegates backed the decriminalisation of medicinal cannabis and called on the UK Government to devolve the powers necessary to regulate the drug’s use.

“We believe responsibility in this area should be devolved so that future decisions on these issues would be for the Scottish Parliament to consider.” Scottish Government spokesperson

A year later, at their October 2017 conference, the SNP passed a further motion stating that Holyrood ministers should embark upon a new review of drug policy, examining the case for full legalisation. As yet, no such review has taken place.

The SNP’s former justice secretary Kenny MacAskill has also called for the devolution of drugs policy, accusing Scottish ministers of “cowardice” for not demanding the powers already.

First Minister Nicola Sturgeon has previously said that, while she was “not in favour of general decriminalisation”, she did think that “there is a specific case for medicinal use” of cannabis.

Earlier this year, the Scottish Government’s health secretary Shona Robison met with Karen Grey, who had launched a campaign for cannabis oil to be made available on the NHS, so that it could be used to treat her epileptic five-year-old son Murray.

Ms Robison said in March that she had “every sympathy” with Murray and his family, but emphasised that “it is not the Scottish Government or the NHS that approves licences for use of such products.”

READ MORE: Ronnie Cowan MP: The Govt licences the largest medical cannabis industry in the world – so why do they still deny its therapeutic value?

Robison added: “Regulation for the licensing, safety and efficacy of medicines is currently reserved to the UK Government and is the responsibility of the Medicines and Healthcare products Regulatory Agency (MHRA), who operate on a UK wide basis.

“All medicinal products must be fully tested and researched before they can be licensed by either the MHRA or the European Medicines Agency.”

She said if a pharmaceutical company were to obtain a licence for such a product, it would then be required to make a submission to the Scottish Medicines Consortium, which would make the final decision over whether it could be used by the NHS.

Following a week of entreaties to the Home Office by Caldwell’s mother, who accused one minister of signing her son’s “death warrant”, Javid said on 16 June that he has used his authority to “urgently issue” a 20-day licence for Caldwell to be treated with cannabis oil as a medical emergency.

Javid’s decision to hold a review was, he said, motivated by the cases of Caldwell and that of Alfie Dingley, a six-year-old with a rare form of epilepsy that can cause up to 150 seizures per month, whose parents applied for use of use of cannabis oil in April after Dingley had responded positively to it while in the Netherlands.

However, following an initial confirmation that a review would take place by UK Government health secretary Jeremy Hunt, Prime Minister Theresa May appeared to distance herself from endorsing it yesterday.

Earlier in the week, former Conservative Party leader William Hague argued in the Daily Telegraph newspaper that the war against cannabis had been “irretrievably lost”, and that the government should consider legalisation.

However, a Home Office spokesperson emphasised that the new review would not effect the law surrounding the recreational use of cannabis, saying: “Any debate within government about the efficacy and therapeutic use of cannabis-based medicines emphatically does not extend to any review regarding the classification of cannabis and the penalties for the illicit possession, cultivation and trafficking of cannabis will remain the same.”

In 2016, the House of Commons all-party parliamentary group on drugs reform recommended to the UK Government that medicinal cannabis should be legalised in the UK, that a system be introduced to grant patients access to cannabis where necessary, and that the growing of small amounts at home for medicinal reasons be decriminalised.